On Friday evening around 8 PM, I went outside and noticed little white flecks covering the surfaces of our deck, picnic table, and grill, and more was falling from the sky.   It looked like snow, but it was 72 F. Taking a closer look, I realized that this was ash.  Mixed in were singed pine needles.   This photo doesn’t do this justice, but you can see the charred pine needles and white flakes of ash: 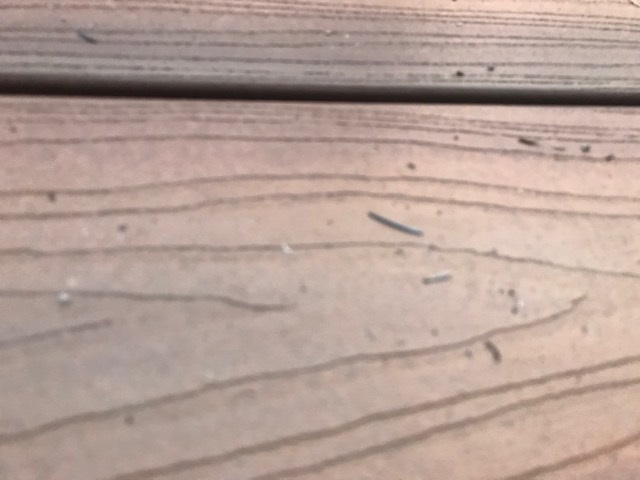 It’s a bit subtle, but I have never seen it rain charred pine needles before. This was due to the Williams Fork Fire in Grand County. This was approximately 36 miles to the west of our home at that time. This ash had a bit of a journey to get to our neck of the woods.

National Weather Service radar actually picked up on this plume of ash and smoke passing over southern Boulder County: 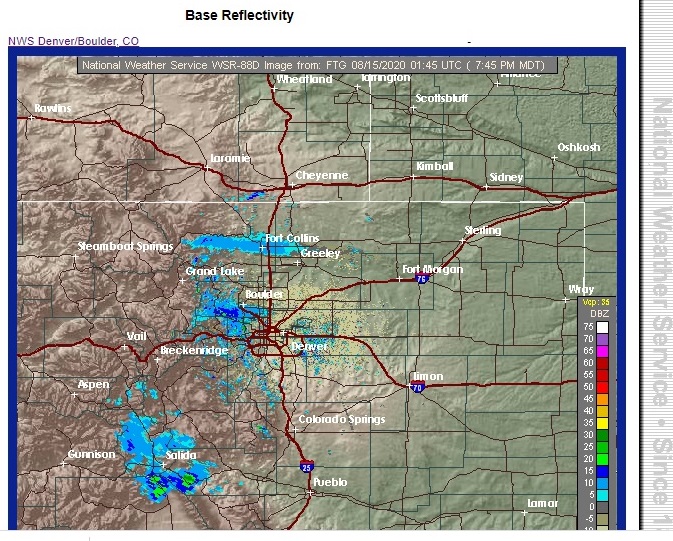 Hot fires tend to generate their own weather, especially during the daytime. The updrafts associated with the rapidly rising hot air from a forest fire often creates “pyro-cumulus”  or pyro-cu” clouds.  These clouds can turn into thunderstorms with precipitation and lightning, the tops of which can reach up to 35000 – 40000 feet.  It is easy to see how ash can rise high into the atmosphere and then be carried a long way by mid and upper winds.

This is picture I took from our house today of the pyro-cu from the Cameron Pass fire north of Rocky Mountain National Park: 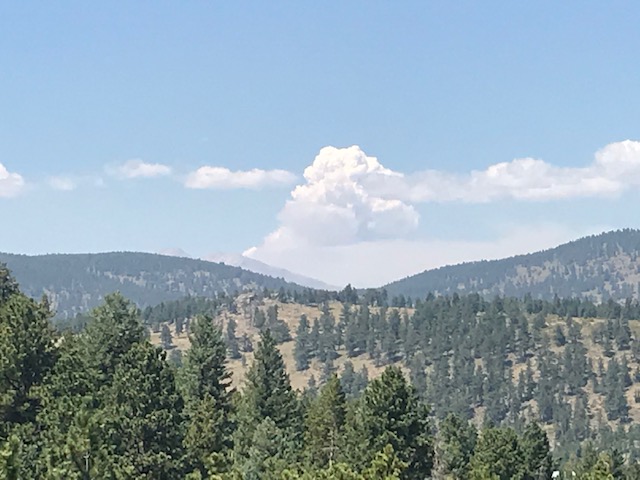 Longs Peak is faintly visible in the foreground.

As expected, we did get some relief from the smoke today as winds backed around from the northwest and then low level easterly winds kicked in this afternoon. There are four big fires in Colorado right now. Because of the northwesterly winds, the smoke from the Pine Gulch, Grizzly Gulch, and Williams Fork fires is staying to our southwest.  The smoke from the Cameron Pass fire is staying to our north and east for the moment, leaving us in a smoke free zone Here is a cool smoke and fire map from airnow.gov. The blue dot is Nederland. The grey polygons are areas of smoke: 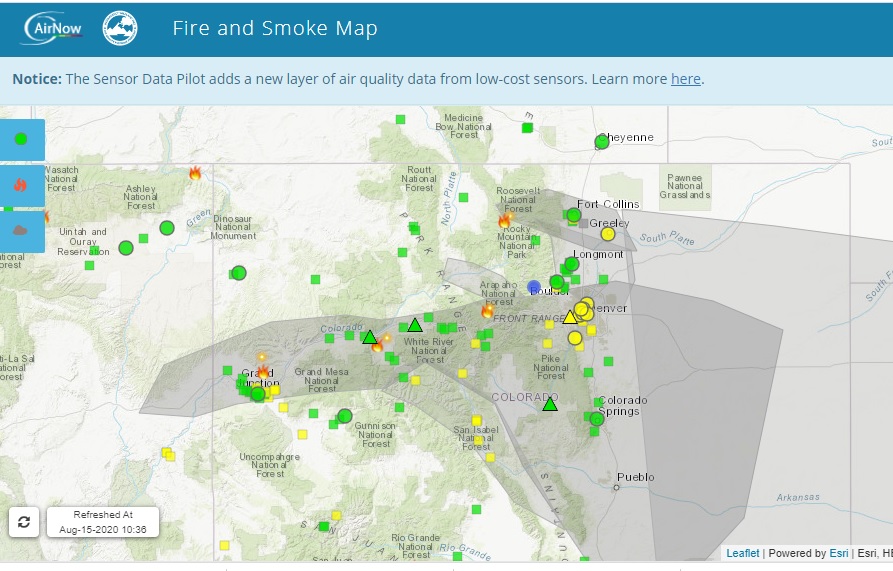 The blocking pattern which has resulted in our hot and dry weather and high fire danger will not let up over the next several days. The West will remain under the influence of a large hot ridge while a trough remains anchored over the eastern United States. By Tuesday, the center of this ridge will retrogade into the Great Basin, leaving us in northerly to northwesterly wind flow: 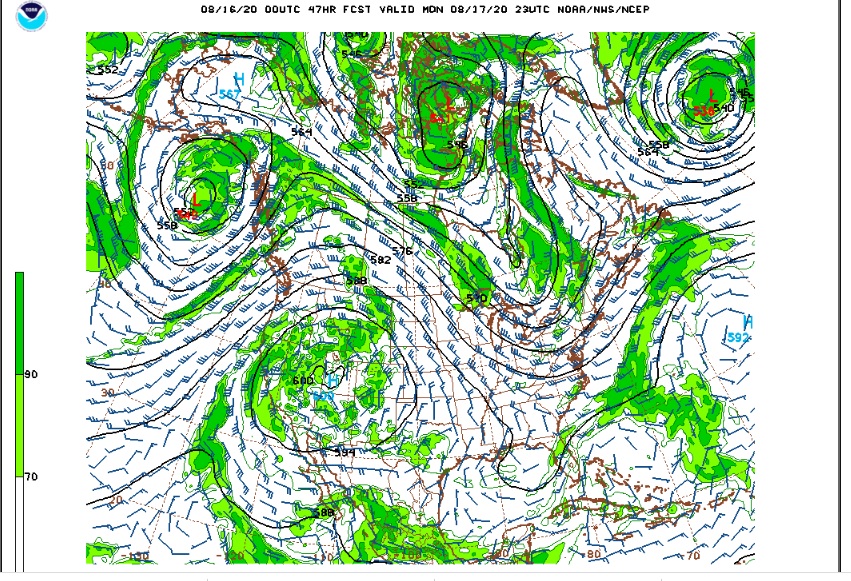 This ridge is forecast to have a 600 daM center center over Utah by early next week, which is exceptionally strong for a ridge. The good news is that the forecast models are hinting at some moisture wrapping around this ridge into northeastern Colorado by mid-week. which at least brings a chance of afternoon and evening showers and thunderstorms.

The winds should help with the smoke around Ned. My only concern is that if the winds become too northerly then we may get more smoke from the Cameron Pass fire.

Weekend Storm Recap and a Quick Look Ahead