A round of thunderstorms produced a lot of lightning and some rain in and around Nederland on Wednesday evening.  This was a welcome surprise as the forecast chances of rain were pretty small. Also, if you observed that these were slow moving storms, that tended to intensify and weaken almost in place, you were right! From our home east of Nederland, I watched the thunderstorms as they started forming over the Indian Peaks to our west around 4 PM.  It was almost 5:30 PM when they finally pushed over us, producing a burst of rain that at its peak fell at 4.5 inches per hour.  The rain was relatively short-lived, though, and we ended up with 0.30 inches of total accumulation. There was a little bit of ice mixed in with the rain, and the temperature plummetted to 48 F. This felt refreshing after a high of 79 F!

The slow motion of these storms was due to the light steering winds in the atmosphere. A quick look at the Skew T diagram for this evening shows winds under 10 kts up to almost 30000 feet. That is impressive: 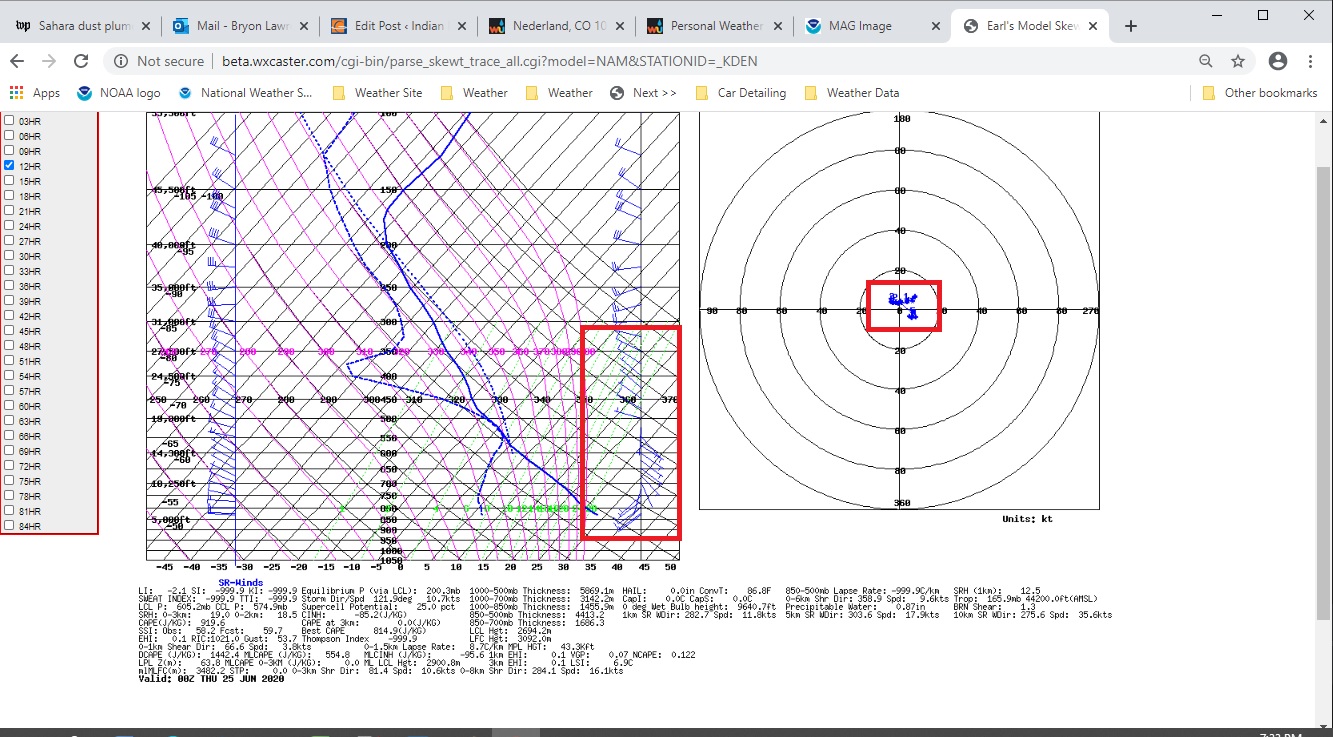 The atmosphere was relatively dry in the lower levels with dew points in the low 40s F. With more moisture, slow moving storms like these can produce copious amounts of rain in a very short amount of time and sometimes lead flash flooding.

We are starting to see our weather shift to a more summer-like, monsoonal pattern with lighter winds in the mid levels of the atmosphere and some moisture to help fuel daily thunderstorms. July and August are the months during which the southwestern US monsoon is the most prevelant here in the Front Range Foothills. At least in the short-term into next week we will be seeing seasonable temperatures with at least a chance of afternoon and evening thunderstorms.  Friday will feature the best chance of rain when a weak trough approaches us from the Great Basin. Things will settle down a bit on Saturday and Sunday before more moisture makes its way into Colorado early next week.

If you like to be depressed (and who doesn’t), take a look at the seasonal drought outlook. We have been talking about how dry it is across the southern two thirds of Colorado.  It looks like it will be making its way towards us this summer: 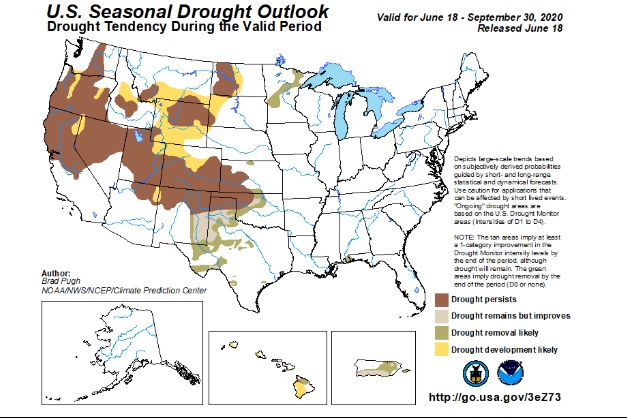 And here is the Weather Underground forecast for Nederland: