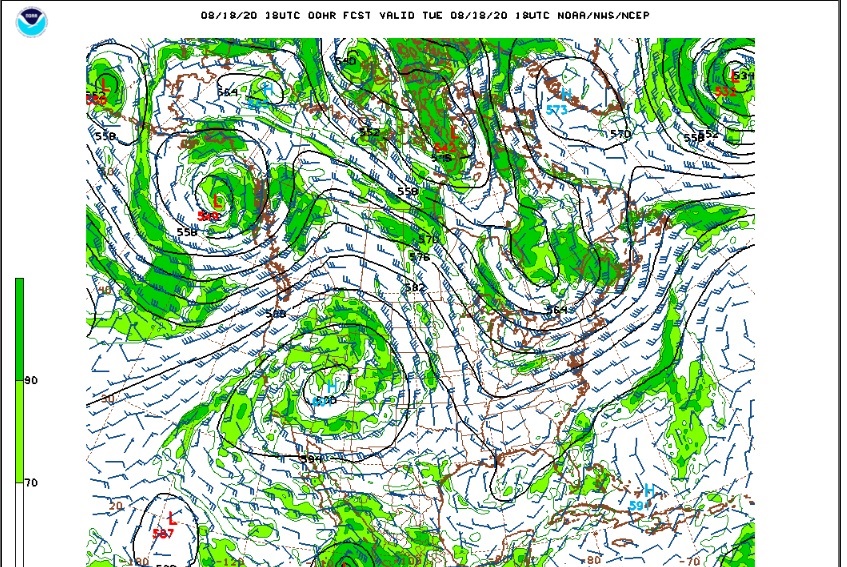 With the ridge to our west, we are under a northerly wind flow. As you can see on the map above, these winds are bringing some moisture into northern Colorado.  In fact, it sprinkled today at our house. It wasn’t enough to even wet the ground, but at least it was precipitation. As feared, the more northerly winds have brought more smoke from the Cameron Pass fire into the Front Range Foothills and mountains. Here is the latest map from Air Now:

As you can see, the majority of the smoke is now being blown into southern Colorado.

We have be stuck in a positive PNA pattern for weeks now – a large ridge in the West and a trough in the East, This large high has resulted in very dry and hot conditions in the West and cooler, wetter weather in the East.  The PNA diagram shows this:

In this diagram,  the black line has been above 0 since early July. This represents a positive PNA set up.  The forecast ensemble (the red line) is a bit all over the place, but the latest GFS runs are at least hinting at the big western ridge breaking down starting next week. In fact, by late next week, the upper level flow is nearly zonal across the United States: 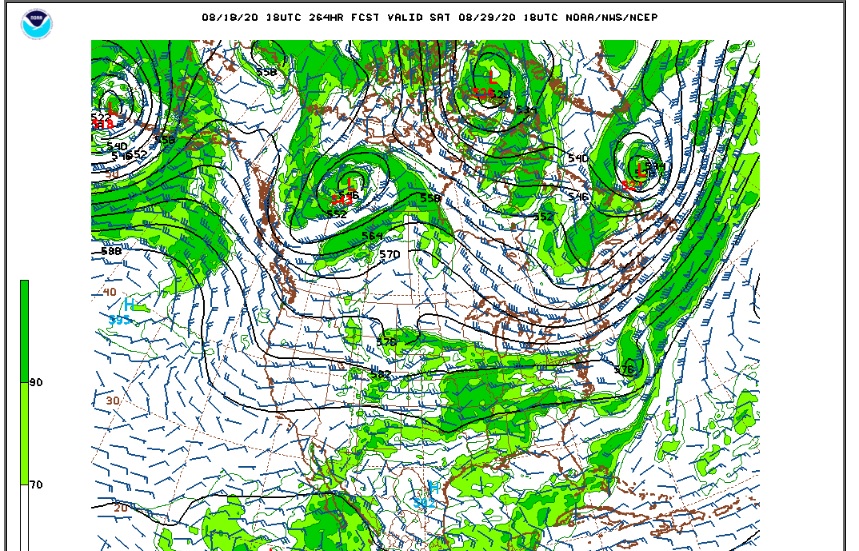 In the short term, there will be a chance of afternoon showers and thunderstorms over the next few days, but the danger will be that these storms could have more wind and lightning than rain which is not really what we need right now. 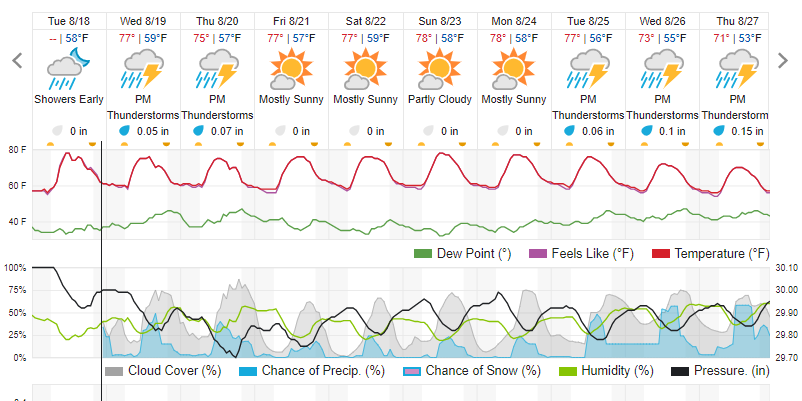 Notice the trend towards cooler temperatures and more moisture next week. Let’s hope that holds.

Stuck in the Block