It has been since December 28th, 2019 that we have had a snowfall of an inch or more. At that time I recorded 4.6 inches of snow. Since then, we have had a few spits of snow here and there, but it has been predominantly dry.  January is typically one of our drier months, and this January was the driest in my 10 years of records:

Only 1.1 inches of snow! And as if on cue, it is February, and snow is in our forecast! 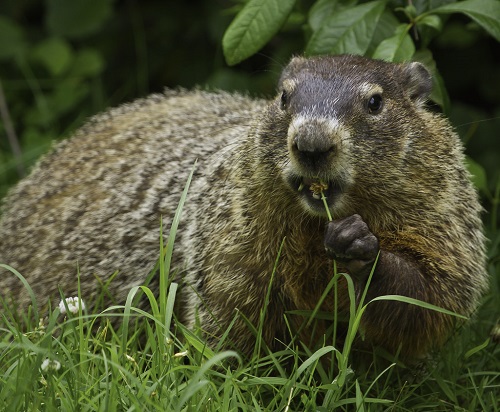 February 2nd is of course Groundhog Day! It is not as pertinent here as it is on the East Coast. Winter always seems to extend into at least May here in the Colorado Front Range Foothills. That is not to say that there are not some warm days mixed in, particularly in the spring months, but the odds for a decent snowstorm remain high until at least mid May. Did you know that marmots and groundhogs are related?  We certainly have plenty of marmots, and Nederland could capitalize on this special day in early February.

The Colorado weather roller coaster is in full force this weekend. On the Eastern Plains, temperatures in the Denver metro area will be nudging close to the 70 F mark on Sunday. Even here in Nederland, highs on Sunday will be flirting with the 50 F mark.  This warm dry weather will abruptly end Sunday night as a very strong cold front sags southward across our great state. This will usher in much colder air for the beginning of the work week with temperatures in many places being 40 to 50 F colder on Monday then they were on Sunday. This loop of surface temperature from Weather Nerds shows the colder air diving into the central and southern Rockies and eventually much of the central and eastern portions of our country:

The time height plot for Nederland shows that by Monday afternoon a deep moist easterly upslope flow sets up. This upslope flow and moisture remain in place until Tuesday morning: 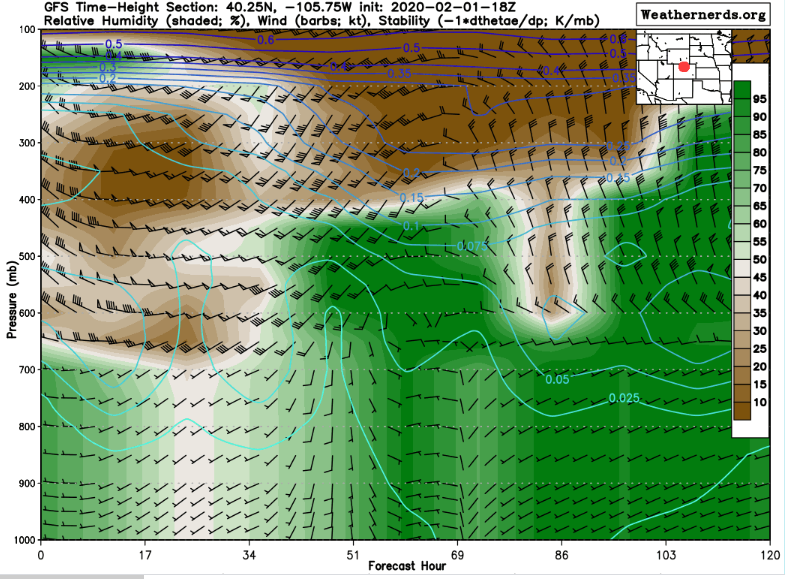 Looking the various forecast models, it looks like the storm will play out as follows:

3) The heaviest snow will fall between 12 PM and 9 PM Monday, but will continue into the Tuesday morning commute

4) Roads will become slick, particularly since it will initially melt as it falls on the roads and then freeze solid as temperatures tank

The total precipitation output from the GFS for our area is around 0.60 inches liquid, which given a 15:1 snow ration would yield 9 inches.  It is a bit less on the NAM, around 0.50 inches, but this would still produce about 7 inches.  Dark Sky weather gives us about 12 inches total. The National Weather Service has issued a winter storm watch for 6 to 14 inches of snow from Monday afternoon through much of Tuesday. The latest Weather Underground forecast shows: 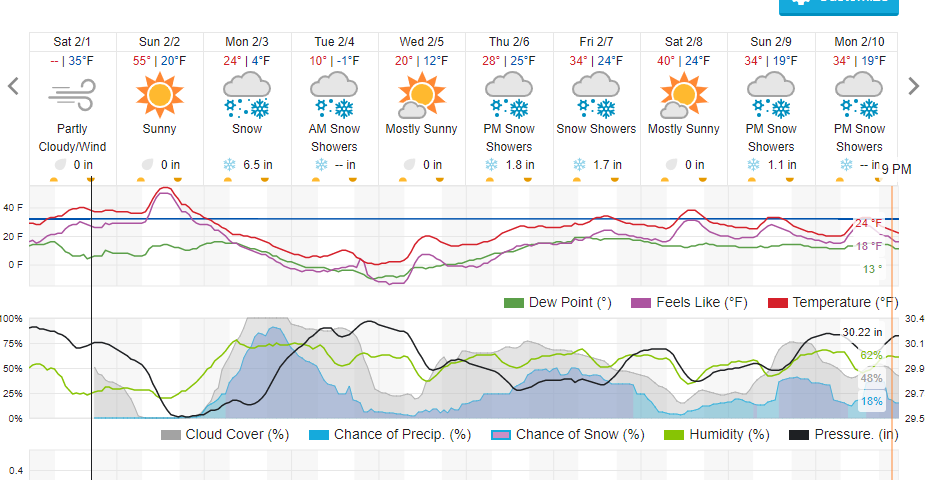 Notice, too, that Tuesday will be a lot colder than anything we have seen in a while with a high of 12 F on Tuesday and a low of -1 F Tuesday night.

Snow lovers rejoice! It is time to freeze our asses off!

The Storm Door is Opening in Ned

Moisture is Coming to Ned – Will it be Rain or Snow?