I spent the past several days backpacking with our dog down in the Sangre de Cristo Wilderness. It was a nice escape from the heat and smoke in Northern Colorado.  Most of our hike was at or above 10000 feet. Even at that elevation, temperatures where in the upper 60s and lower 70s F. Here was the view from my campsite this morning: 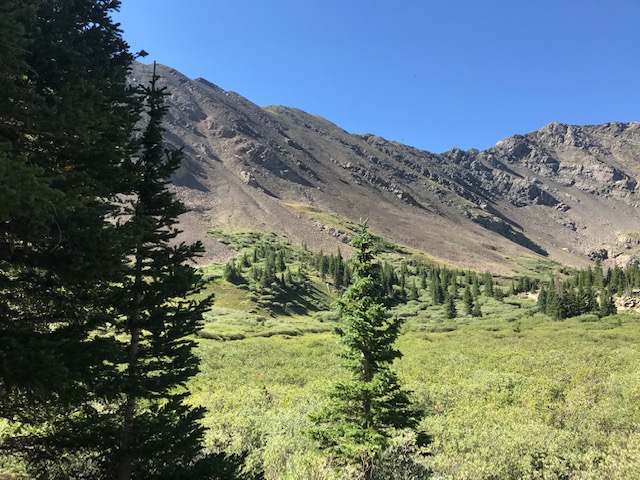 Notice the beautiful blue sky and clear air.  On the way home just north of Buena Vista, I could see the plume of smoke from the Western Colorado fires on the northern horizon: 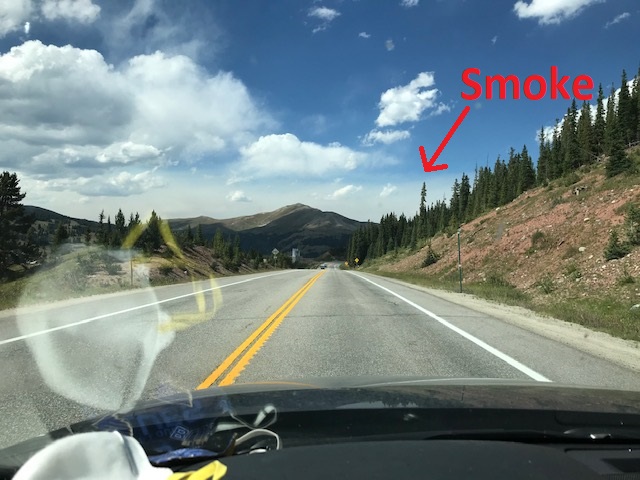 By the time I was on the Peak to Peak Highway north of I-70, I was in the thick of the smoke.  While the smoke is miserable to breath, it does make for some spectacular sunsets: 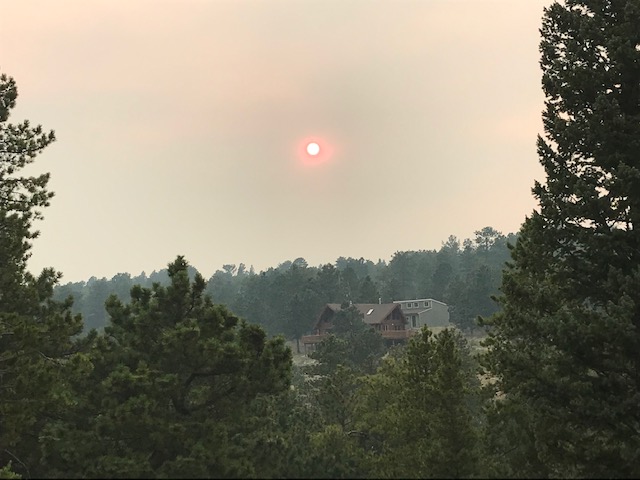 The winds around a large hot dome of high pressure centered over New Mexico are blowing the smoke from two large fires in Western Colorado – the Pine Gulch and Grizzly Creek fires – directly eastward into the Front Range Mountains and Foothills in Northern Colorado: 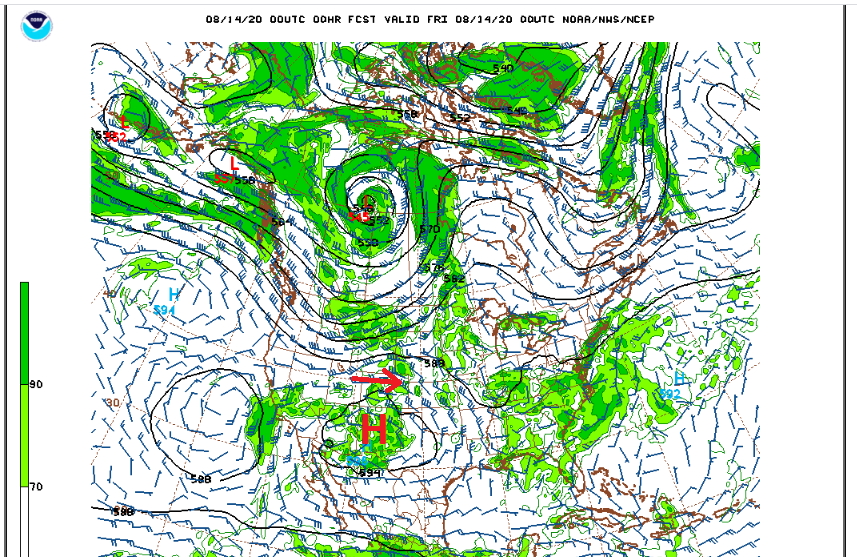 This high is forecast to retrograde (move westward) to a position over Arizona by Saturday morning. The upper level winds will gradually shift from the northwest, and this should help to reduce the amount of smoke around Nederland starting Saturday and even more so on Sunday: 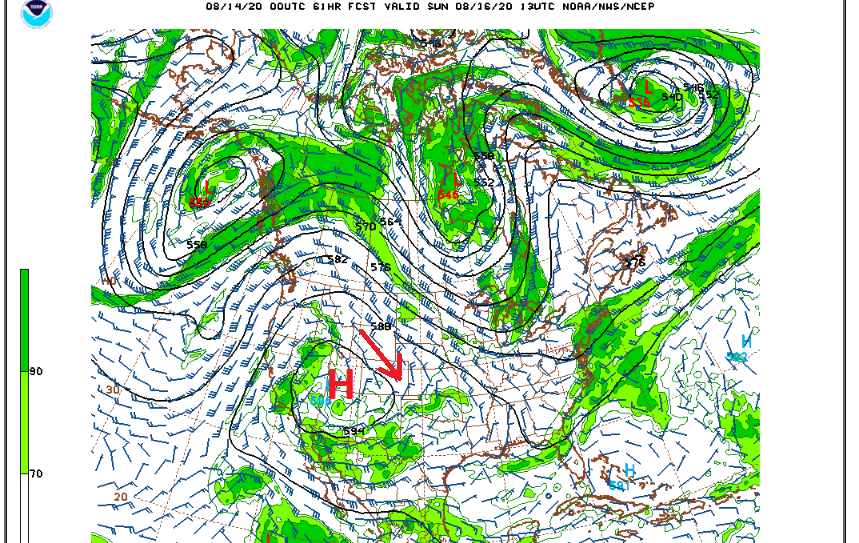 The high backing off to the west should also help bring temperatures down a few degress here in the Foothills. Unfotunately, it looks like we will stay dry at least into early next week when maybe the northwest flow will bring in a bit of moisture:

This afternoon’s visible satellite image nicely shows this plume of smoke aimed directly at Nederland and the Indian Peaks: 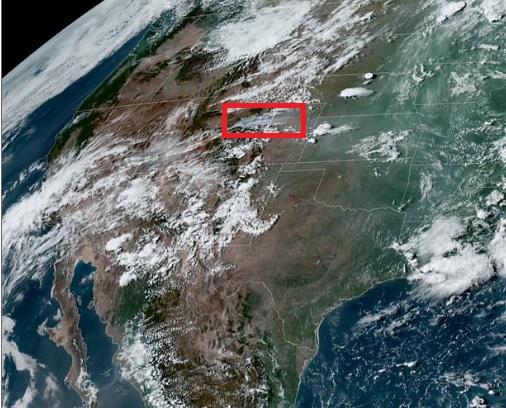 Air quality will be poor the next few days. Be careful if you are outdoors.