Did you know that it has been almost 7 years since the last time we had more than 1 inch of rain in one day?  When I say this, I am not talking about winter storms which almost every year produce more than 1 inch of liquid equivalent precipitation in one day. What I am focusing on here are summer time rain events, normally due to monsoonal thunderstorms – convective rain events.  Here are the one day top rainfall events of one inch or more from my records: 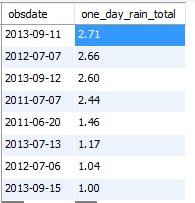 Frist of all, in my 10 years of records we have only had 8 summer time rain events that produced more than an inch of liquid in one day. Having  grown up in the humid East, we could easily see that many large rain events in one season. Even more interesting is that all of these rain events happened in 2011, 2012, and 2013. What was so special about those years?

Mysteries abound in the atmosphere particularly in how it interacts with the oceans.  The weather in the western United States is greatly influence by global phenomena such as El Nino/La Nina (ENSO) and the Pacific Decadal Oscillation. Take this example from my last post: 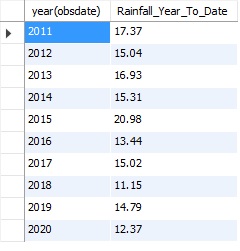 This shows total rainfall year to date for each year here in Ned from my observations. Notice that the wettest years were in the 2011-2015 range. Things dried out a bit the second half of the the decade.

There are distinct multi-year cycles in precipitation here in Nederland, and this can be seen in the history of the West. There is even speculation that the ancestral Pueblo people abandoned Mesa Verde because a long period of relatively wet weather gave way to drought.

All of this may seem ridiculous, but meteorologists and climatologists look carefully at long term weather data to find trends that could also help to explain climate change.

As for the near term, we will continue to see afternoon and evening showers and thuderstorms the next few days before drier weather settles back in later this week: 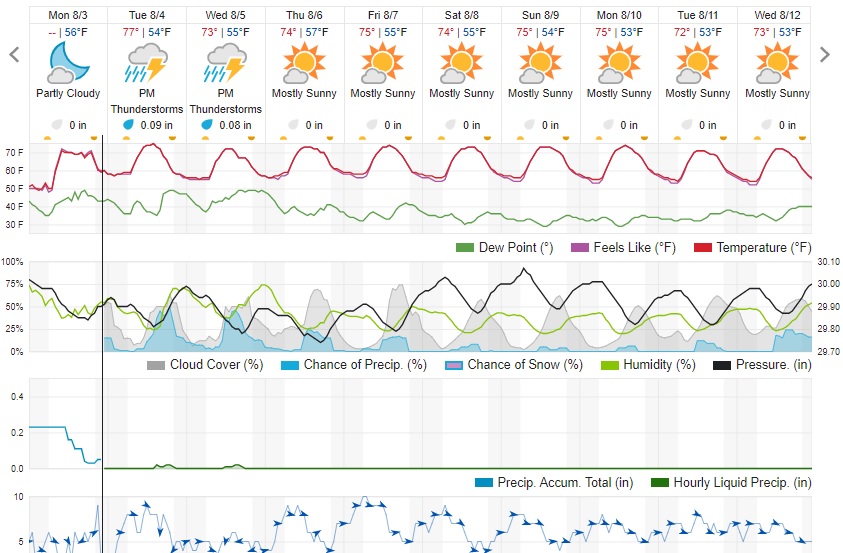