An area of high pressure will sag southward to the east of the Rockies over the next few days. As it does, a strong cold front will push through Eastern Colorado.  This will set the stage for some extremely cold temperatures east of the Continental Divide Saturday night and Sunday.  So far this week, Foothills residents have been mostly spared the cold and icy weather that has engulfed Boulder, Denver, and other locations on the Eastern Plains. As this high pressure system approaches, this pool of cold air will deepen, slowly rising up to Nederland and eventually high enough to pour through some of the passes in the Indian Peaks and Front Range mountains into Winter Park.

Here is a look at a few model-based soundings. These illustrate the deepening cold air later this week.  On Thursday evening, the top of the cold air boundary will remain just below us here in Ned, probably around 7000 – 7500 feet, meaning that we should have another relatively pleasant day: 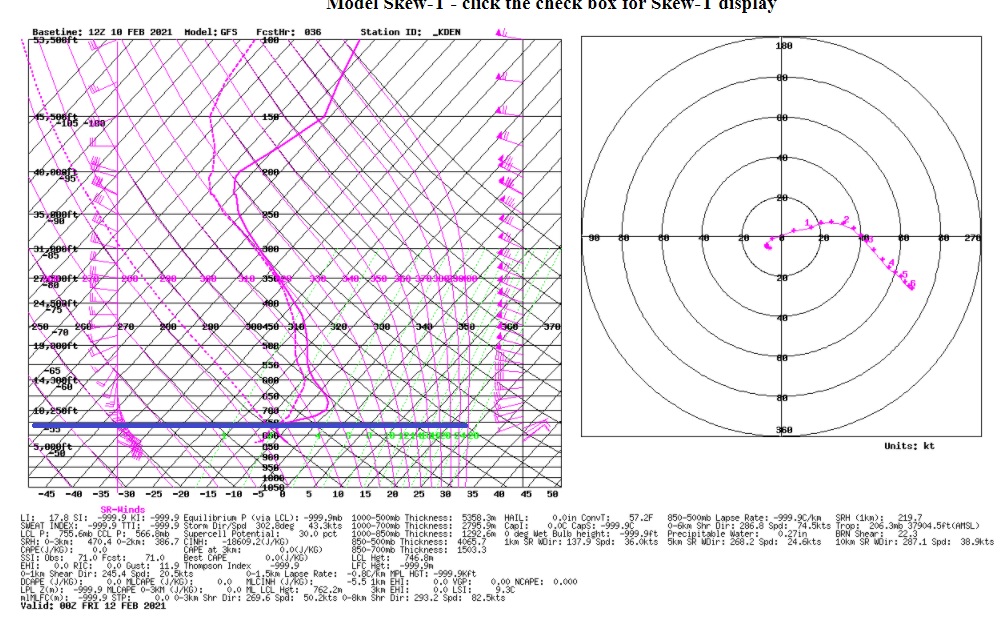 By Friday, the top of this cold air mass is on our doorstep.  Locations down canyon from Nederland will see temperatures only in the teens F while Eldora will have another relatively warm day: 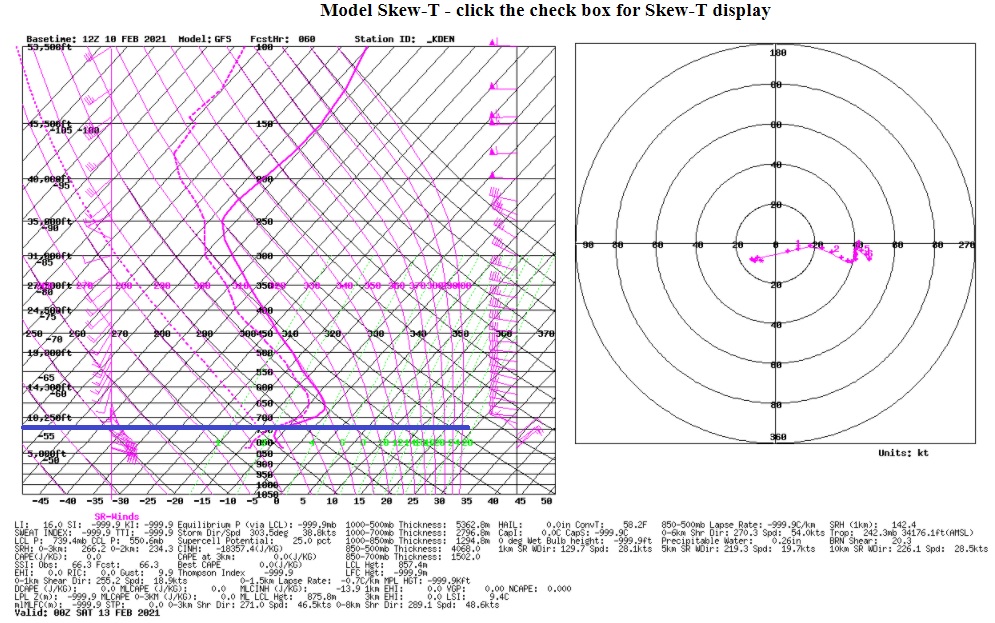 By Saturday evening we will be quite chilly here in Nederland: 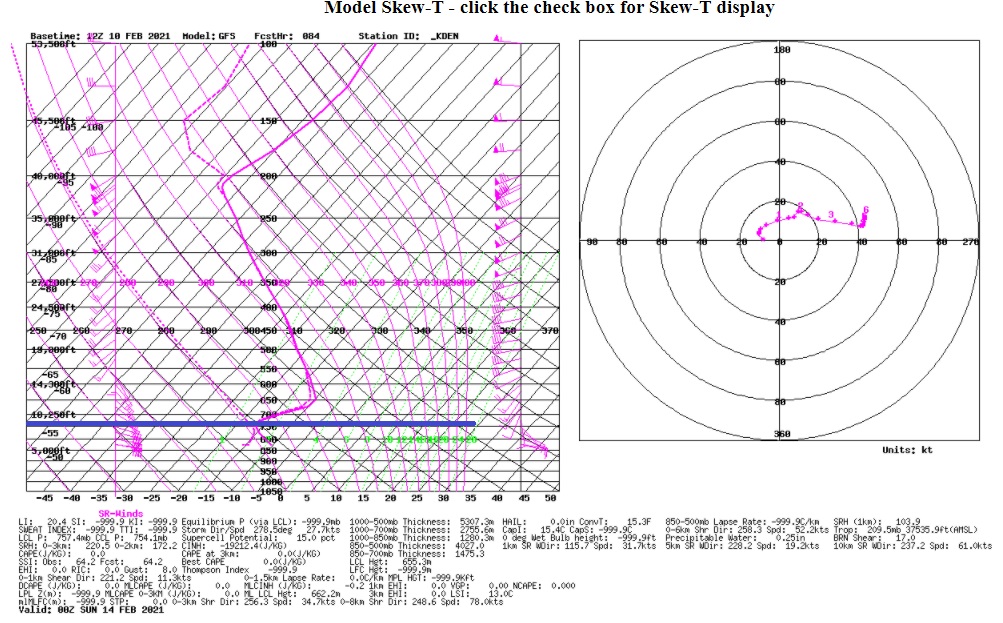 However, it isn’t until Sunday morning that the cold air deepens enough to reach some of the high passes in the Continental Divide.  If the GFS is right, our temperature here in Ned would be around -10 F (10 below zero F) on Sunday morning 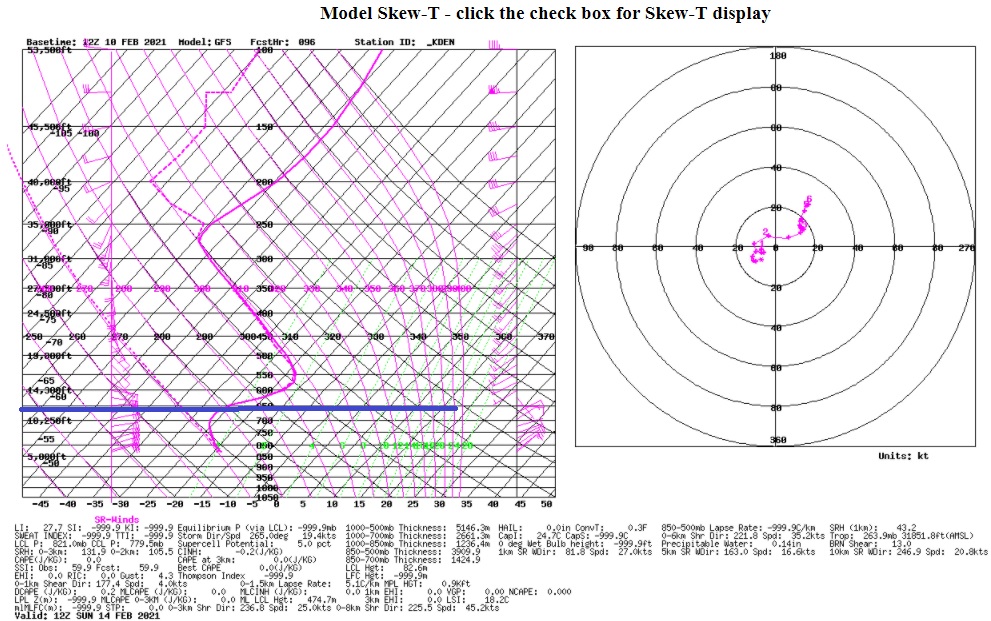 Brrrrrr!   At about the same time, a storm system will be approaching from the Great Basin.  The combination of moisture from this storm system overriding this artic airmass as well as some upper level lift will likely result in some snow for most of northeast Colorado including the Foothills.  This storm system is still a few days away, and there is a lot of uncertainty.  For one, it can be tough to get a lot of snow at really cold temperatures. Still, the potential is there for several inches of light fluffy snow. 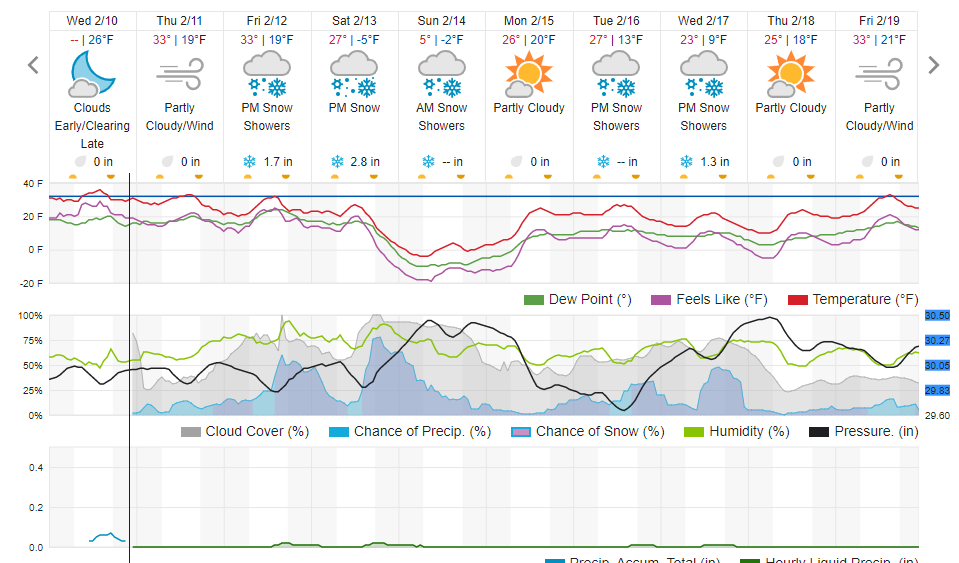 And the National Weather Service forecast for Ned:

A High and Dry Start to January

September is Here and So is Fall Weather