First the ugly.  My snowfall forecast sucked. It was pretty much a bad forecast across the board from all sources.  While we were looking for 12-18 inches, most places in the Front Range Foothills saw between 4 to 8 inches.  Ouch! Here is the snowfall analysis from the National Weather Service: 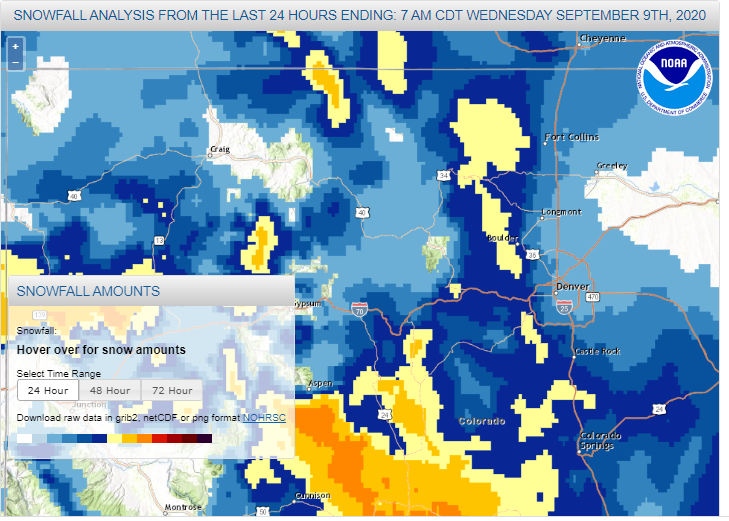 The bad part is the fact that even less than 24 hours out, the numerical models didn’t nail down the track of this system. The main upper level low and a lot of its forcing went to our west. I knew something went awry with the forecast when I woke up on Tuesday morning to little more than one inch of snow, and it wasn’t snowing anymore.  We still got the second wave of snow later in the day as a vort max rotated around the upper level low, but for most of Tuesday the precipitation was light.

Despite the lack luster snowfall accumulations, this storm did have a silver lining.  It brought a lot of precipitation (liquid equivalent) to our area. I measured nearly a inch of combined rain and snow melt, and most stations in the Foothills east of Nederland reported about the same: 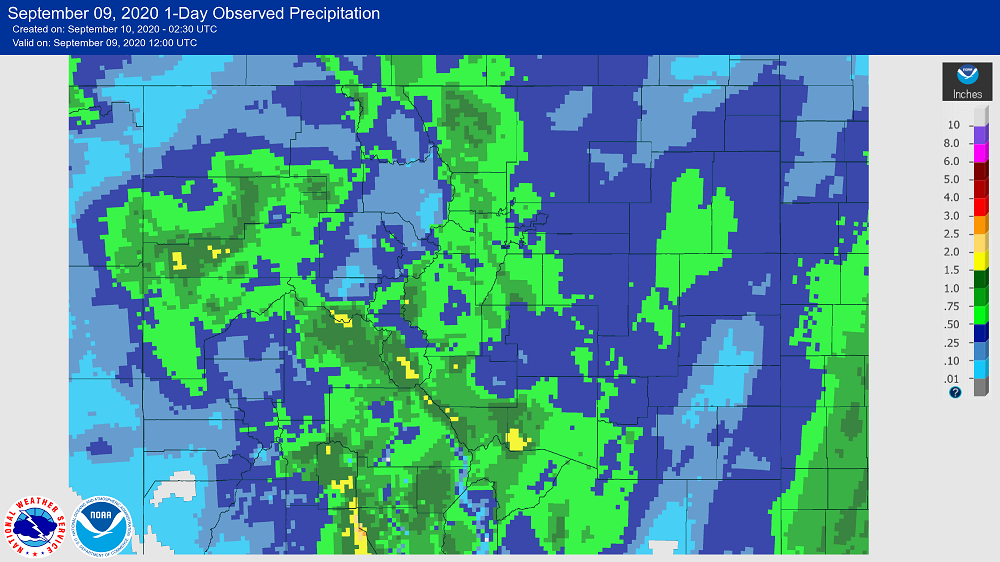 If you do the math, our liquid to snow ratios were around 6 inches of snow to 1 inch of liquid which is extremely wet.  In the middle of the winter a storm like this would have much higher snow ratios (12:1 or even 15:1) and would have poduced snowfall amounts in the 12 to 18 inch range.

So, there were two factors which contributed to the busted snowfall forecast:

1) The upper low tracking farther to the west

The good news is that we have a heavy wet blanket of snow covering the foothills.  This will melt over the next few days, and as it does it will help moisten our parched soils and somewhat replenish the water table.

This was still a storm for my record books. The low of 19 F this morning was my coldest September temperature.  Our 5.6 inches of snow was by far the largest September snowfall.