We are quickly heading toward what is normally a quieter time of year weather-wise here in the Colorado Front Range Foothills. Late December and January are typically one of the driest times of the year for Nederland and the surrounding Foothills communities. There have been a few large snowstorms in northeastern Colorado in late December, but far and wide, January is a pretty dry month.  From my 10 years of records, Nederland’s average January monthly snowfall is 15.3 inches:

Most of January snowstorms have been 9 inches or less. The one exception was January 4-5, 2017 when we had 18.1 inches. There are a number of reasons why January is a drier month:

The ingredients for big upslope snows just do not tend to come together for us in January. There are always exceptions, but from a climatological point of view, January is a drier month.

We also tend to see positive PNA setups in January. Simply put, this means the colder air and storminess tend to focus on the eastern United States.  Often a ridge builds up over the west resulting in weeks of drier and warmer weather.

In the short term a ridge of high pressure will build up over the West on Wednesday: 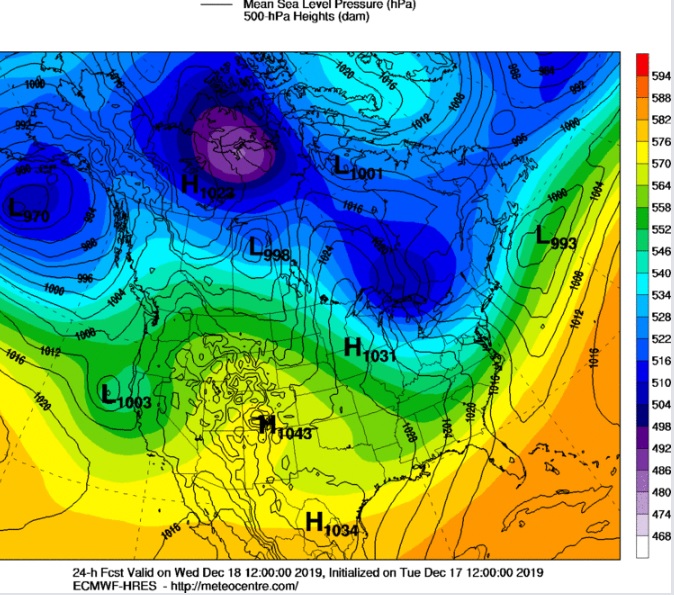 The shortwave through over northern California on Wednesday morning will cut over the top of this ridge on on Thursday, bringing some clouds and cooler temperatures to Colorado: 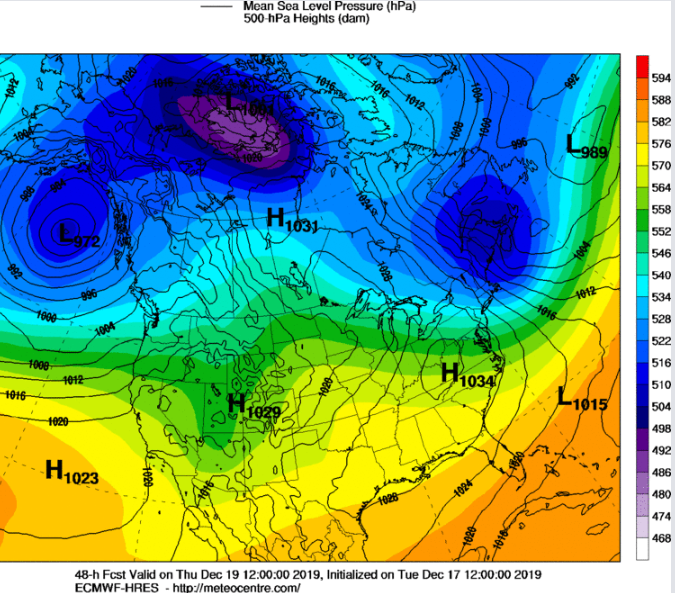 By this weekend, the ridge will reestablish itself over the Rockies, bringing milder temperatures: 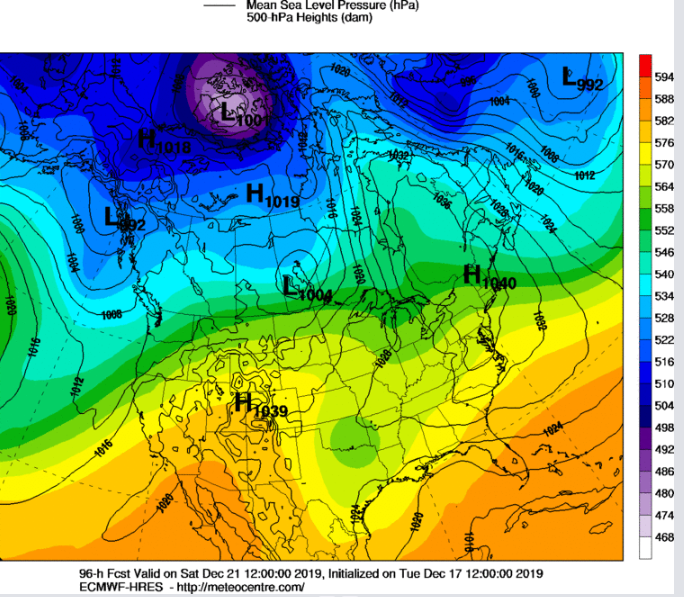 Overall, we will be seeing some really nice and well-deserved mild weather this weekend.  Here is the forecast from Weather Underground:

Despite the mild temperatures this weekend, I still think northern facing slopes and wooded areas around Ned will retain their snowpack, and this should ensure a white Christmas for those areas. Southern facing slopes should melt out in the abundant sunshine, But maybe there will be a little snow on Christmas…