Generally mild and dry conditions have prevailed over the northern Front Range Mountains and Foothills over the past several days. Here is the break down of the daily high and low temperatures here in Ned:

These temperatures are just a few degrees above normal for this time of year in Nederland. You also may have noticed a distinct return to hazey conditions as west to northwesterly winds aloft have been advecting smoke from California and Colorado fires across much of our state. After our very early season snowstorm on the 8th we have been dry. Our 1.08 inches of precipitation so far for the month is a good start for September precipitation. Here is how it compares to other Septembers in my records: 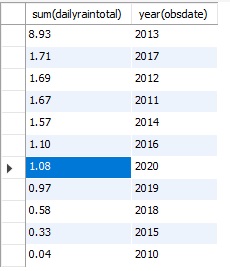 Of course, September 2020 is only a little halfway over. Also, the extreme rains in September 2013 seriously skew the numbers.  The average September precipitation including 2013 is 1.79 inches. Excluding this extremely wet September gives us an average of 1.07 inches. My point is that we’ve done well so far in September 2020, particularly after a very dry August and July.

Our September snowstorm has done little to alleviate the drought which covers much of Colorado now. From the Drought Monitor: 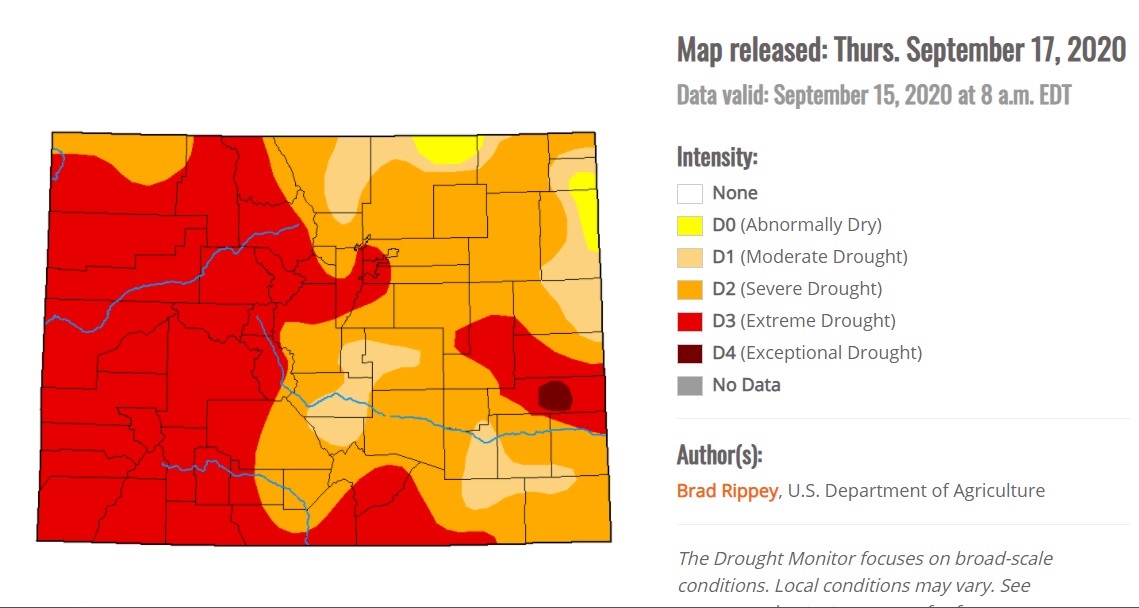 This shows much of Boulder County in severe drought with much of Western Colorado in extreme drought. According to the Drought Monitor’s forecast through the end of the year, the drought is expected to remain with us: 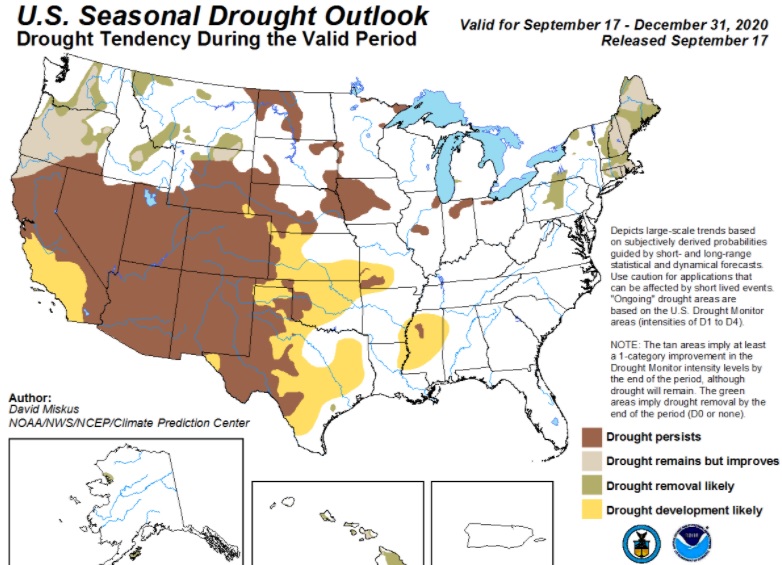 In the near-term, Saturday, Sunday, and Monday will be nearly carbon copies of each other with highs in the 69-73 F range and lows around 45 F. It will be breezy with winds blowing from 12 – 20 mph from the west southwest each day. This will be a great weekend for outdoor activities. The next chance of rain will be on Tuesday. More on that later.