It is March in the Colorado Front Range Foothills, and the temperatures over the past few days have felt positively spring-like.  My high today was 48 F while yesterday it reached 49 F.  We have not had a high temperature of 48 F or above since December 9, 2020! That was nearly three months ago.

A storm system in the mid levels of the atmosphere centered over southern California this evening will quickly move to a position over south-central Utah by Thursday Morning: 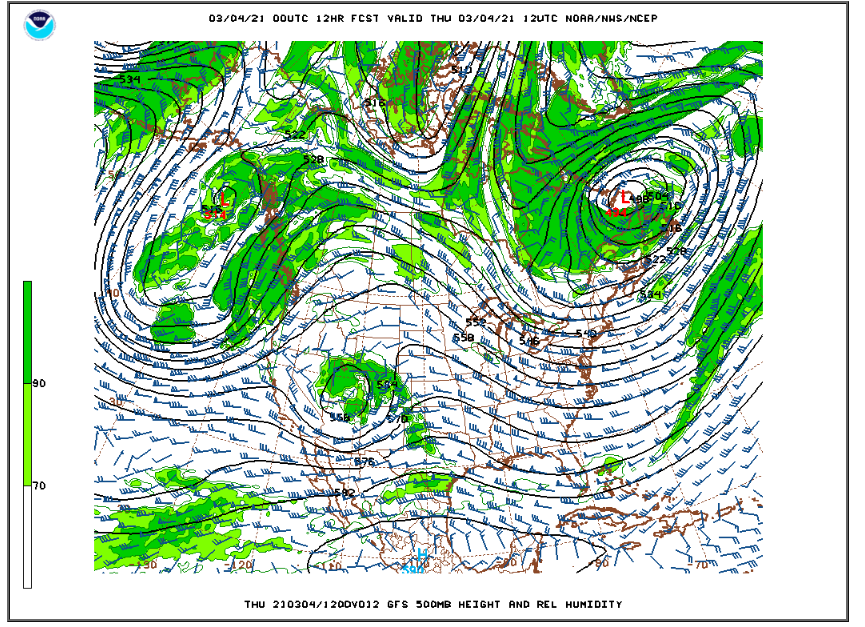 This storm will then quickly move to southeastern Colorado by Thursday evening: 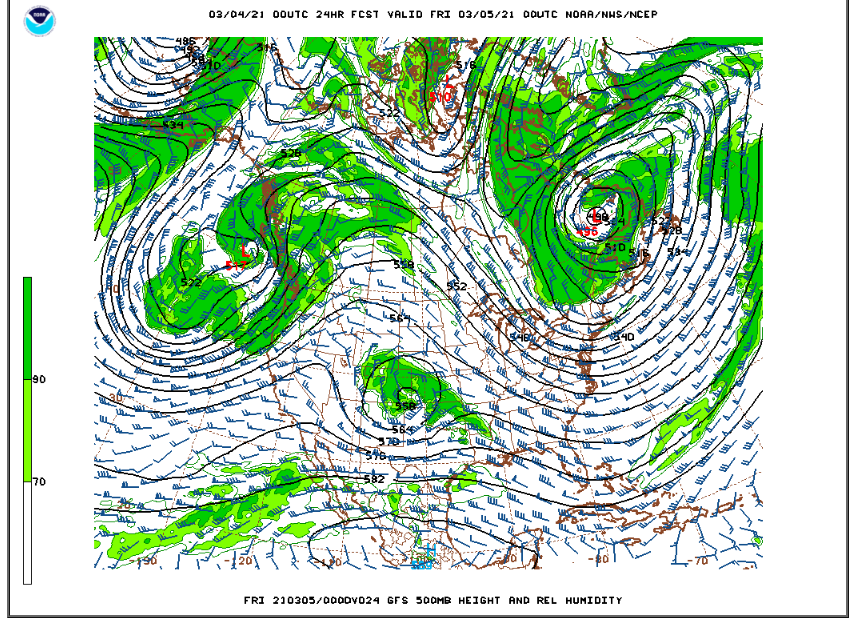 While the track of this upper level low is not bad for the northern Front Range Foothills, this is a fast-moving storm. Also, it is a warm storm. Snow levels should be around 6000 feet, and this means all snow for Nederland and the Front Range Foothills communities. However, most of this precipitation will occur during the day with temperatures in the upper 20s to lower 30s F.  Much of the snow should melt on area roadways.

The forecast models have been all over the place with the precipitation forecast.  The general concensus is that we will see between 0.25 and 0.50 inches of liquid. Since this will be a wetter, higher liquid content snowfall, this translates to 3 to 6 inches of new snow, with the snow ending by evening. There is a lot of uncertainty with this system.  For one thing, the 700 mb low does not become well established until the storm has passed to our east.  The 700 mb low would normally enhance upslope flow east of the Continental Divide, but if the low is weaker, then the upslope flow will be weaker.

It is March, though, and we quickly return to highs in the 40s F for the remainder of the week and the weekend. This will tend to be the rule as we head into spring.  The storms will represent colder temperatures and snow/rain. Between storms, temperatures will moderate, quickly melting new snowfall.