Snow is on the way to Nederland and the surrounding Front Range Foothills communities. A strong disturbance in the upper levels of the atmosphere will swing across northeastern Colorado Wednesday night and early Thursday morning producing a several hour period of moderate to heavy snowfall in many locations from the Peak to Peak Highway out onto the Eastern Plains towards Boulder and southward through the western Denver suburbs to Colorado Springs.

In the near term, the main weather story tonight into Wednesday morning will be the strong and gusty winds ahead of this approaching storm system. As of this writing, winds at our home just east of Nederland have been gusting up to 46 mph, just enough to make the walls of our house creak and groan. There are also a few flurries in the air, but so far there has not been much in the way of accumulation.

Wednesday will start off breezy and relatively mild with morning temperatures in the low 30s F.  The bulk of the day should be dry with a mixture of clouds and sunshine.  The cold front associated with the storm system will push through around 3 PM. Behind this front northeasterly winds will usher in much colder air, clouds, and moisture with snow becoming widespread by evening. This is expected to be a fast moving system. However, it will also be accompanied by a decent amount of energy and dynamics.   This can be seen in the GFS model on the 700mb chart. This map shows the winds and pressure systems at an altitude of about 12000 feet in the atmosphere. The red lines show rising air due to QG (quasi-geostrophic) lift. The yellow circle shows a bulls eye of rising air right over Northern Colorado: 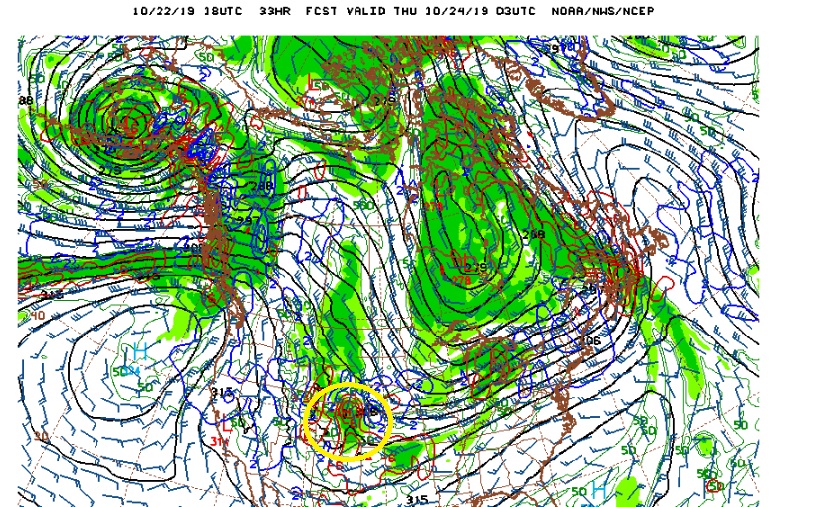 This is probably a bit over done by the GFS. But it illustrates that there will be dynamics combined with the upslope flow, and this will be enhanced by our position relative to the right entrance region of the jet stream: 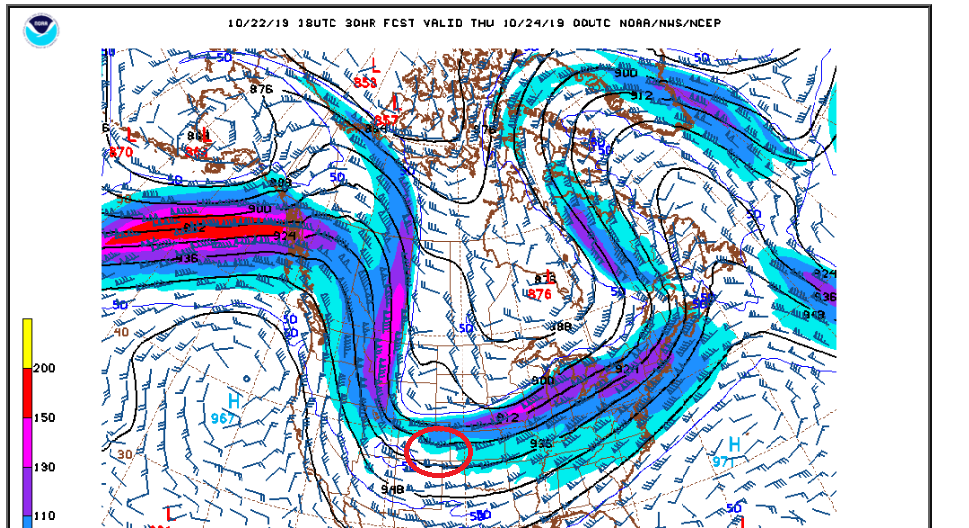 Finally, the model-based upper air soundings are showing strong upslope east to northeasterly winds up to about 12000 feet  Wednesday evening:

The ingredients are there for some intense bands of snow. It is always difficult to pinpoint where these bands will set up, and areas under these bands could easily see 1-2 inch per hour snowfall rates.

Snowfall intensity should quickly diminish before sunrise on Thursday, but with temperatures in the teens F, roads will be slick and icy, making for a horrendous morning commute.

Here is the expected snowfall from the National Weather Service.  It matches what pretty much everyone else is calling for, and it seems reasonable given the current storm track: 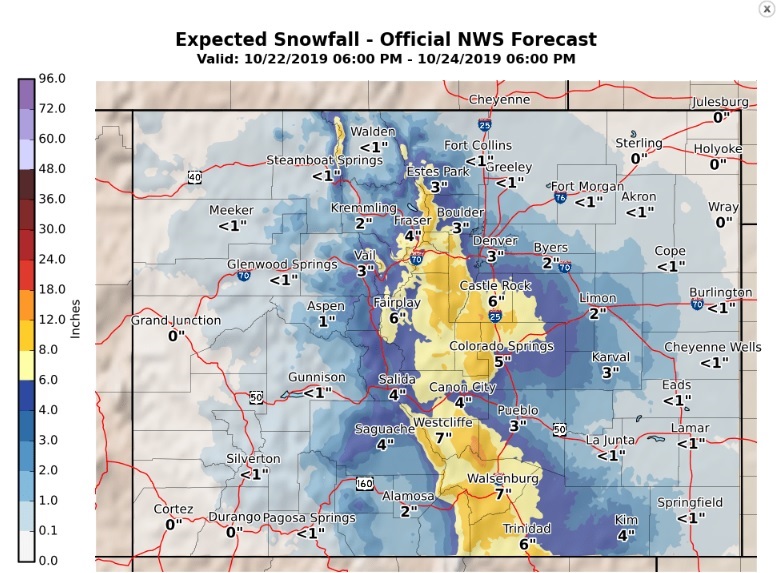 Notice that this is mainly an east side of the Continental Divide snow event. Be careful out there if you are on the roads Wednesday night and Thursday morning!