After a relatively tranquil week here in the Colorado Front Range Foothills, the weather is about to rock and roll with snow and strong winds possible several days this upcoming week. A storm system developing over Eastern Wyoming Saturday evening will strengthen and track eastward across South Dakota on Sunday. As this storm system departs the Central Rockies, strong northwesterly Bora winds will usher in much colder air into Nederland and the surrounding Foothills communities. On Sunday, winds are expected to gust up to 50 mph and that combined with temperatures only in the 30s F will result in wind chills around 10 F. Brrrrrr! There will also be some snow, but with the winds blowing predominantly from the northwest, most areas east of the Continental Divide and especially east of the Peak to Peak Highway will see only light accumulations, generally under an inch. It will be a different story in the Winter Park Valley and the along the west side of the Indian Peaks where 4 to 10 inches of snow are expected. This is really good news for the ski areas in the Northern Mountains of Colorado. The cold temperatures will promote snow making, and mother nature will be chipping in as well.

We will remain under this northwesterly wind flow regime at least into Monday and this will allow for the snow to pile up in the mountains. The National Weather Service snowfall forecast through Monday evening is: 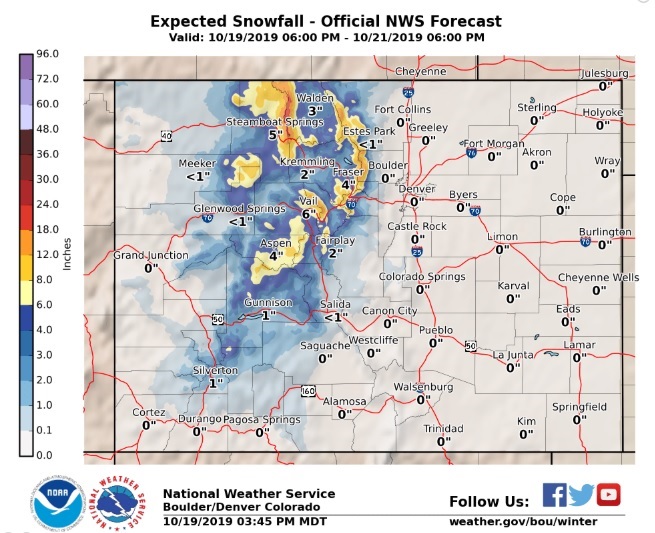 The hodograph for Sunday morning at Denver International Airport shows 40 kt (46 mph) sustained northwesterly winds at the elevation of Nederland: 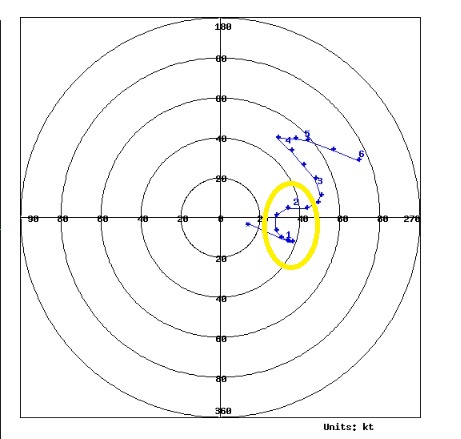 The weather will quiet down somewhat on Tuesday and early Wednesday, but forecast models are hinting at another storm system swinging through Wednesday night and Thursday.  At this time, the track of this storm system appears to favor the east side of the Continental Divide (that’s Nederland, Ward, and Rollinsville), and there is the potential of 6 inches or more of snow as a cold and moist upslope wind flow establishes itself over the Eastern Plains and Front Range Foothills by Thursday morning. This storm is still several days off, but numerical guidance is hinting at the potential for a larger precipitation event.  We’ll keep you posted: 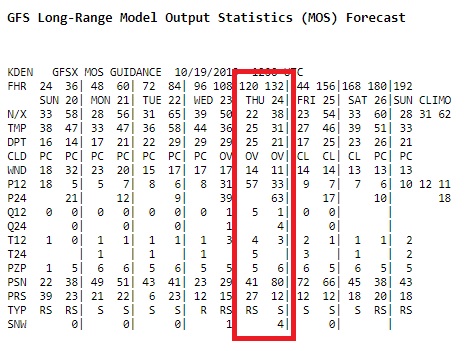 Overall, the 6 to 10 outlook is showing a continuation of this below normal temperature trend. The snow that falls in the mountains over the next week or so looks like it will stick around: 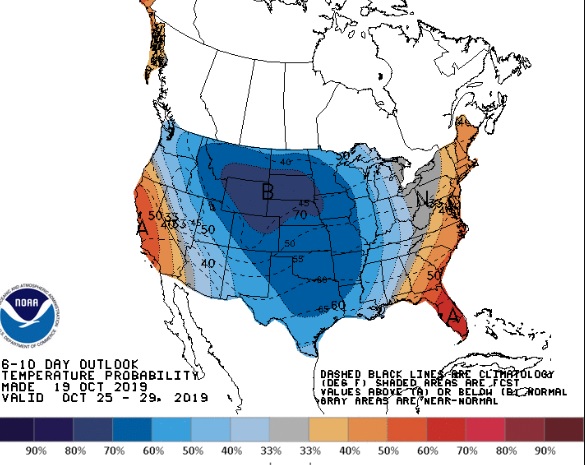 Series of Storms in Ned Brings Us Close to Normal Snowfall