After a near picture perfect and mild Colorado autumn Saturday, a very strong cold front pushed through the northern Front Range foothills communities during the evening hours. As of this writing at 11 PM Saturday night, the temperature as dropped to 20 F, and it is snowing.

The forecast models were consistent today in showing the interaction of a cutoff low in southern California with a strong shortwave trough diving southward into Montana and Wyoming.  The weather map Saturday evening at 500 mb shows these two systems tracking towards each other: 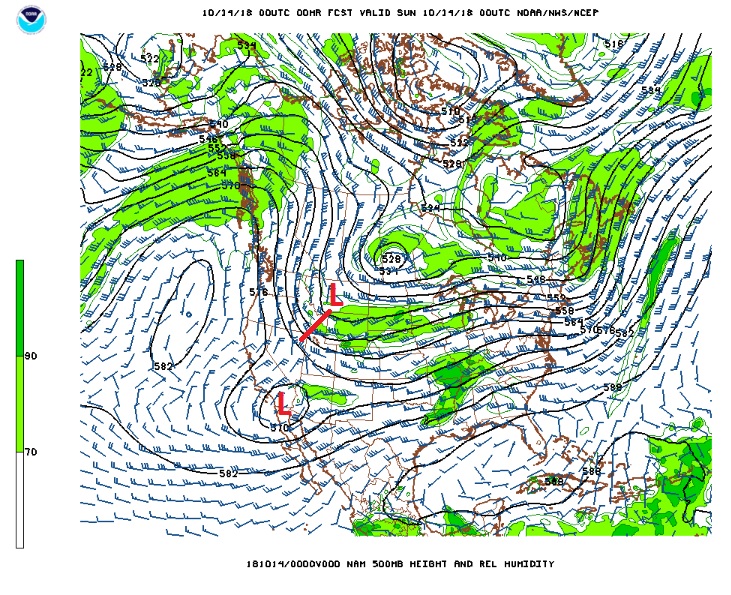 Over the next 12 to 18 hours, the low in the desert southwest will open up and phase into the northern stream trough. This will result in the northern stream trough becoming elongated and positively tilted over northern Utah and Colorado. The models continue to show Colorado under the favorable right entrance region of a 110 knot jet in the upper levels of the atmosphere. This will enhance snowfall over northeastern Colorado. Some of this banding is already evident in the current radar image: 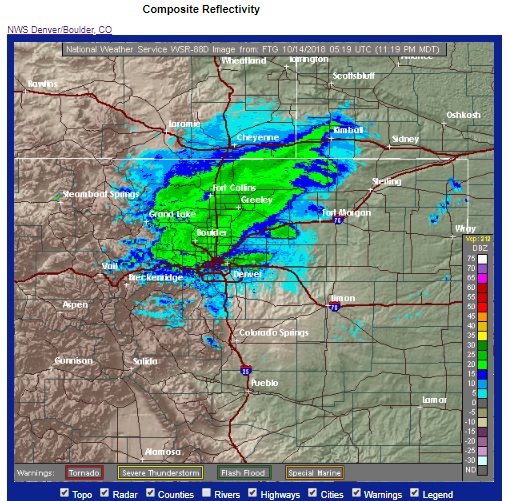 In Nederland, I expect the most intense snow to fall between now and Sunday morning.  During the day on Sunday, the snow will be lighter and should be tapering off during the afternoon hours. Accumulations of 4 to 8 inches still look on track, although the latest snow forecast from the National Weather Service shows amounts of 8 to 12 inches in the foothills communities east of the Continental Divide:

Temperatures will be very cold over the next 36 hours.  Highs on Sunday will only be around 12 F.  Lows Sunday night will be in the single digits.  It is possible that some locations, particularly on the plains, will experience record low high temperatures.  If this storm pushes through too quickly, snow amounts will be less than expected. However, any snow bands associated with the strong jet streak could produce heavy snow accumulations in some locations.

Drive safely and enjoy this early preview of winter!