The clouds billowed in the sky over Nederland this afternoon and by 3 PM there were rumbles of thunder. This was soon followed by rain which continued on and off for at least a few hours. By the time it was over, I measured 0.27 inches of precipitation which is by far the largest rainfall we have had in weeks.  Even better, the temperature dropped back into the upper 50s F in large part due to the evaporative cooling. And to top it all off, there wasn’t much smoke.  It almost felt like autumn in the Rockies, The radar estimated precipitation map from this afternoon and evening shows Nederland in the 0.2 to 0.5 inch range: 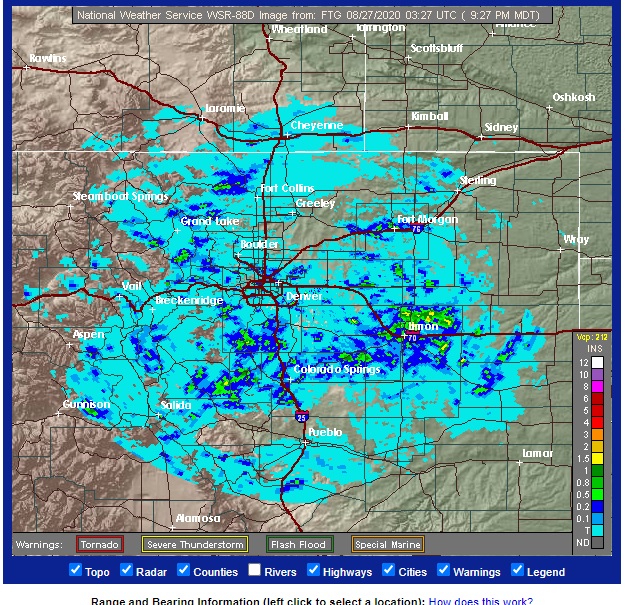 The latest map from Air Now shows that the bulk of the smoke is streaming well to our north,and this is primarily from the California fires:

We are still on track for more rain and much cooler temperatures later this week into next week. It is a well deserved break from one of the hottest and driest strectches of weather I’ve experienced in the 10 years I’ve lived in Nederland: 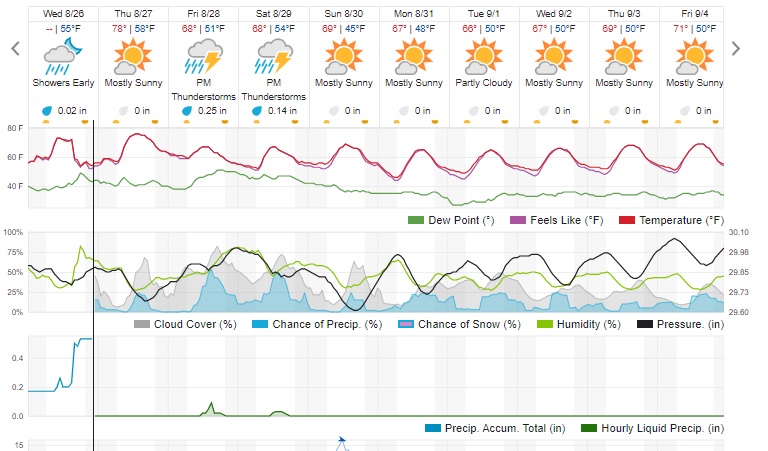