The sun finally made an appearance on Friday in the Front Range foothills of Northern Colorado.  With temperatures climbing into the upper 40s F the snow which fell over the past several days melted in earnest. The evening weather map at 500 mb (about 18000 feet up in the atmosphere) shows a cut off low positioned near the southern California coast and a short wave trough heading southeastward from Alberta. 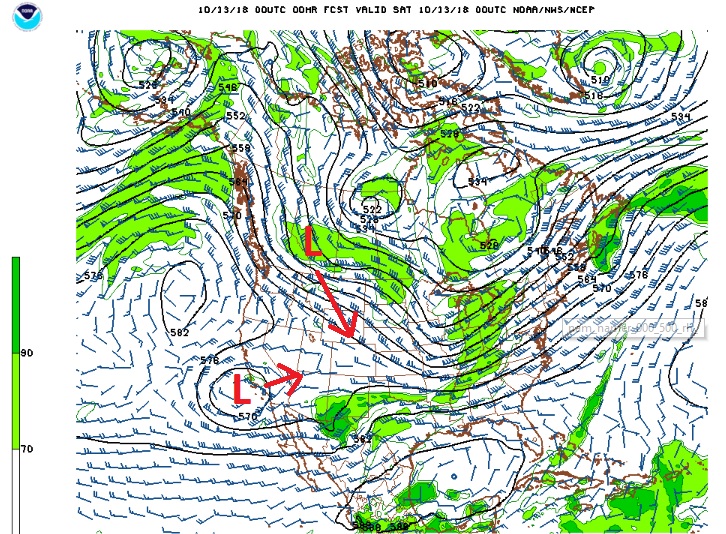 These two systems will interact with each other to bring snow and the coldest temperatures of the season to most of northeastern Colorado Saturday night and Sunday. Also on the weather map is the remnant low of Sergio which is slowly making its way northeastward from Mexico into southern New Mexico bringing with it a slug of Pacific moisture and copious amounts of precipitation.

Saturday will be the calm before the storm with mild temperatures and another round of Colorado blue skies and sunshine. Conditions will start to deteriorate late in the afternoon and early evening when a strong cold front sweeps southward across Colorado. Behind this front a cold and moist easterly upslope flow will development along and east of the Continental Divide with snow developing and continuing at least through Sunday morning.

In addition to having a decent amount of moisture, this system will be accompanied by upper level lift and forcing. One source of this lift will be a jet streak at 300 mb. Northeastern Colorado will be situated in the left entrance region of this jet which is favorable for producing lift that can augment clouds and precipitation. This is shown as “A” on this 300 mb jet stream map for Sunday morning. This type of set up could result in banded precipitation and locally heavier snowfall amounts: 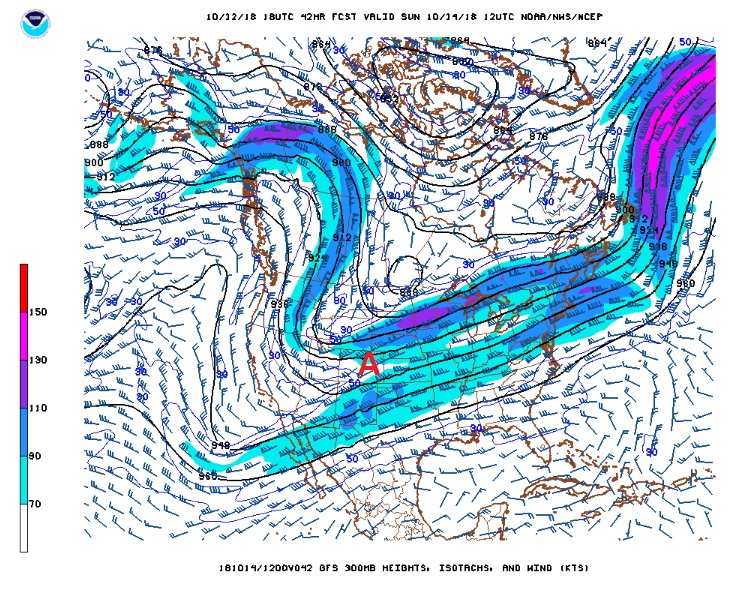 Things to consider with any snow event in the Front Range foothills include:

Looking at cross sections and soundings, it appears that the upslope flow will reach to 10000 feet to 11000 feet Sunday morning with a saturated atmosphere extending up to 19000 feet. Initially, Saturday night, temperatures in the middle layer of the atmosphere appear too warm to support optimal snow flake growth and snow fall, but as temperatures cool Sunday morning, snow dendrite growth and snow accumulation should be optimal. This means that a denser snow mixed with freezing drizzle is likely at the beginning of the storm with the snow becoming fluffy and better accumulating by Sunday morning.

Finally, the models differ on how fast this system will move through. If the Alberta short wave interacts more with the cut off low in California, then the system should slow down and snow should fall well into Sunday afternoon.  If the system is faster, the snow could be tapering off by late Sunday Morning.

This is the most probable snowfall forecast from the National Weather Service: 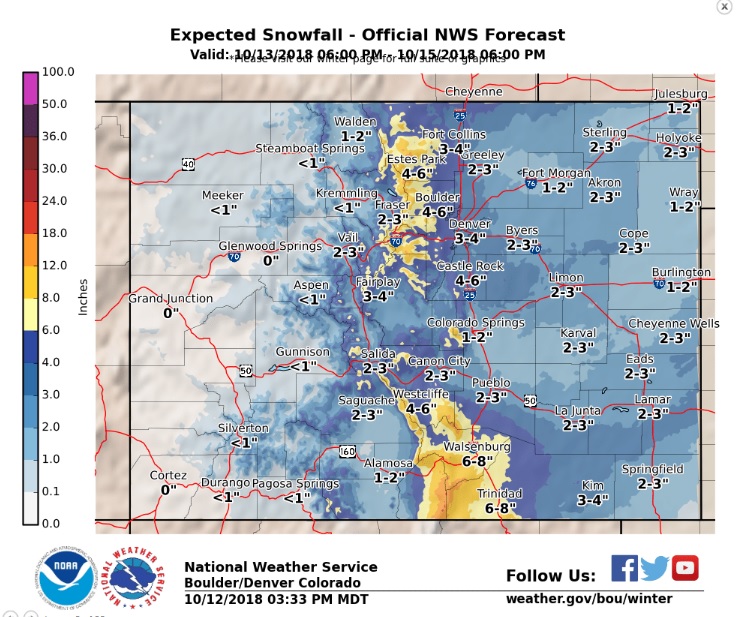 The general consensus is the foothills towns will see anywhere from 6 to 10 inches.  With the possibility of jet streak enhanced banding (also known as conditional symmetric instability) particularly in the foothills north of I-70, some locations could see higher amounts. Temperatures on Sunday will hover around 15 F with lows Sunday night in the single digits.  Brrrr!
A quick check of a few of the snotel stations on the eastern slopes of the Front Range mountains shows:

Stayed tuned. I’ll be tracking this snow event over the next few days.

Quiet Weather This Week with Near Normal Temperatures