As expected, Sunday was cold with temperatures hovering in the mid to upper 30s for most of the day. Our high was 46 F which occurred shortly after midnight Sunday morning. After a few flakes of snow in the evening, the sky cleared and raditional cooling took over. By Monday morning, the thermometer bottomed out around 24 F.  Monday’s weather was refreshing in many ways.  First, it was smoke free. Even though the winds had backed around from the north/northwest, there was not much smoke, at least not here in Nederland. Second, it was cool all day. Our official high was only 47 F.  Third, the sky was a beautiful blue, you know, that kind of blue sky that made us fall in love with Colorado in the first place.  After months of smoke and haze, the clean air and unhindered vistas were much appreciated.

You didn’t have to go too far west to get back into the warm weather.  We took a drive on Sunday to the Western Slope to view the Aspen and to just get away for a bit.  The temperature in Glenwood Springs was 71 F! To the west of the Continental Divide it still felt like summer. To the east, it was an early taste of winter.

Temperatures here in the Colorado Front Range Mountains and Foothills will rebound into the 60s F on Tuesday before somewhat cooler temperatures return on Wednesday and Thursday. For the rest of the the week, temperatures will generally be in the 60s F with lows in the 35 to 40 F range. 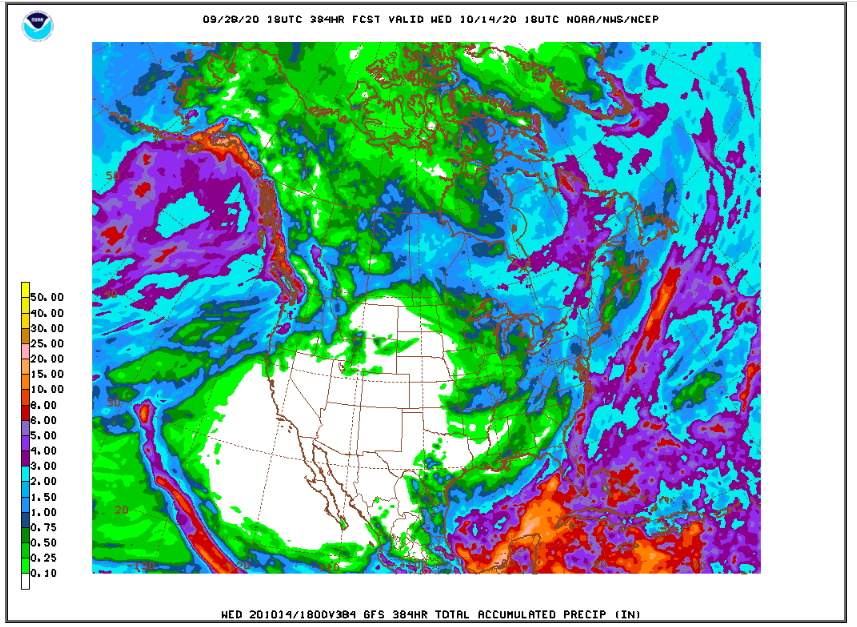 But I am not a big fan of long range forecasts. Things can change.

In the near term, here is the Weather Underground forecast for Nederland: 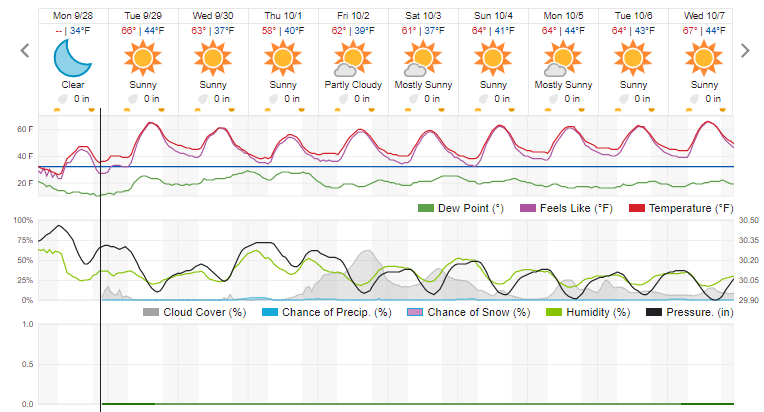 You can either look at this as a boring stretch of weather or some pleasant fall days to get outside. Enjoy!

Some Midweek Snow for the Colorado Front Range

Snow on Friday for the Colorado Front Range

Where Nederland is at Snow and Temperature-wise for the Season