A quick moving storm system will bring another round of snow to the Front Range Foothills and a mixture of rain and snow to the adjacent plains Friday and Friday night.  An upper level trough over the California Nevada border this evening will move to a position over eastern Utah by midday Friday. From there it will track across Colorado Friday Night. The latest model guidance has this trough forming an upper level low over eastern Colorado by early Saturday morning: 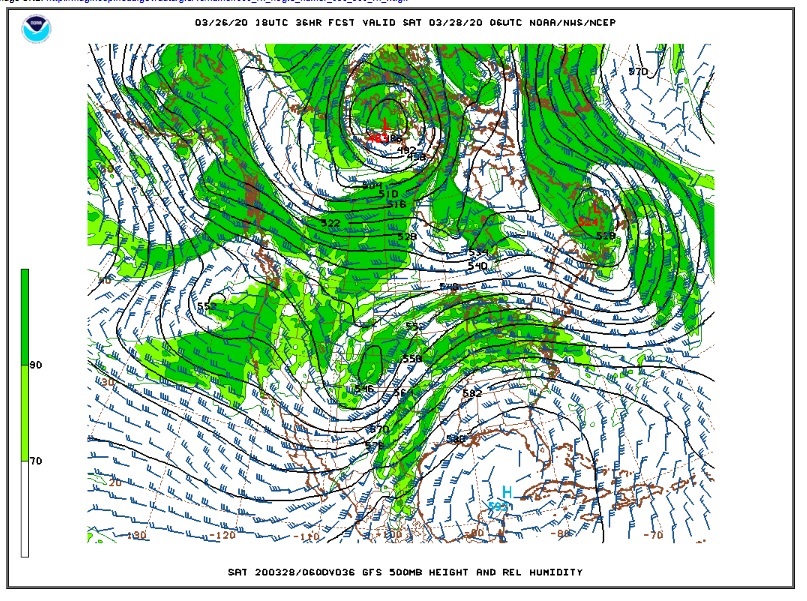 Meanwhile, in response to this approaching trough, a surface low will form over the southeastern plains of Colorado. This low is expected to deepen Friday afternoon, and it will be the interaction of this surface low and the upper level low that will draw colder air into eastern Colorado and produce moist upslope north/northeasterly winds in Nederland and the surrounding Foothills communities.  By Friday evening this low is at 992 mb, still over southeastern Colorado: 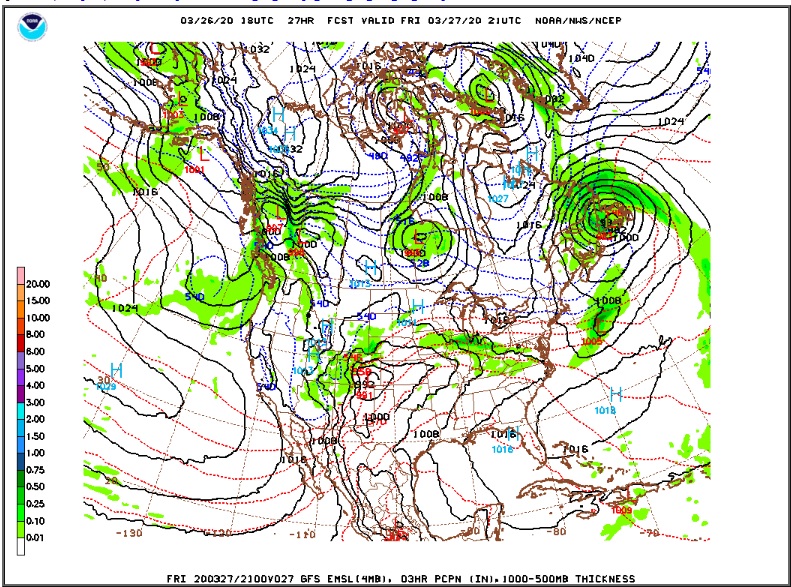 This storm will move slowly to north central Kansas by Saturday morning: 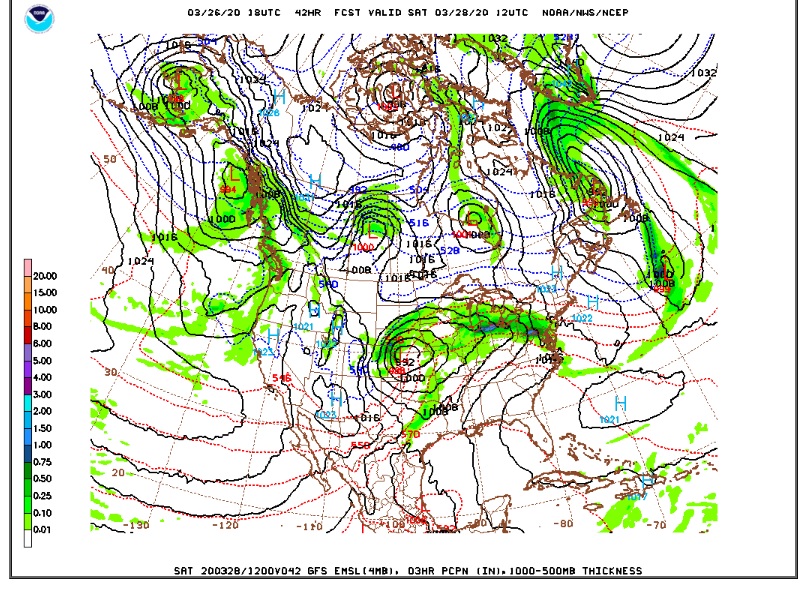 Not only will this storm bring light to moderate accumulating snow to Ned, but as it pulls away to our east on Saturday the tight pressure gradient will result in strong and gusty winds all along the Front Range and Northeastern Plains. 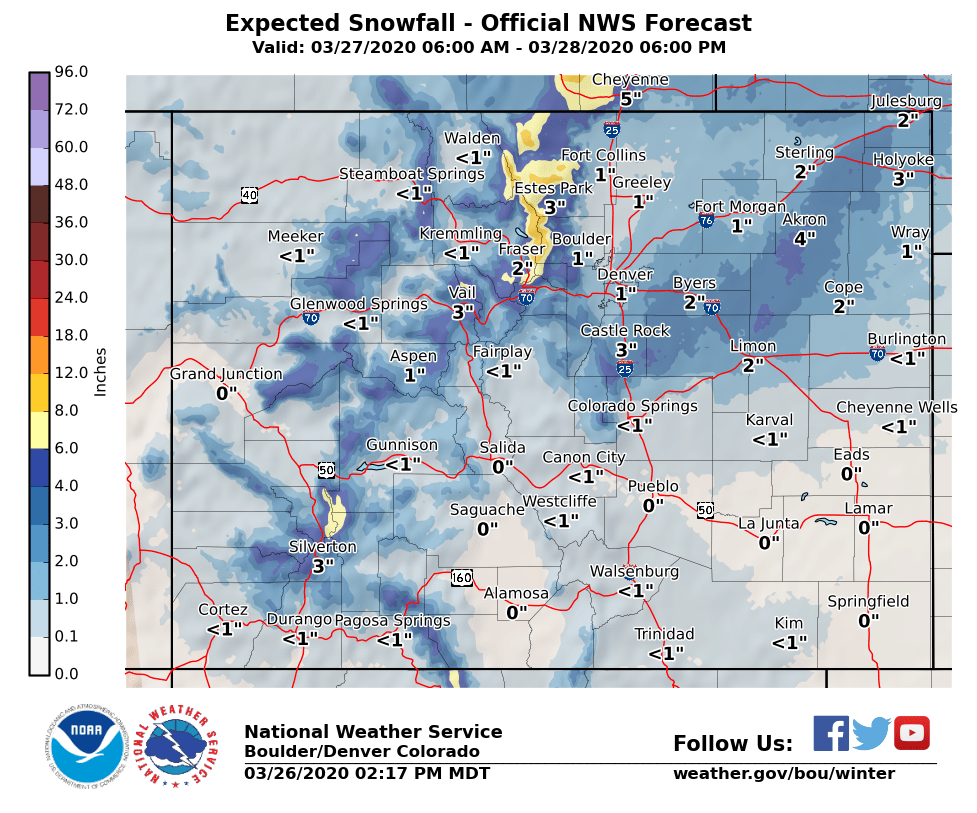 Often with storms forming over southeastern Colorado Nederland, and particularly Boulder, can get some downsloping northwesterly winds which can act to limit snowfall amounts. However, it is also spring, and the atmosphere has more moisture and instability to help augment snowfall amounts. It is also possible that this storm will stay closer to the Front Range Mountains. I think a 3 to 7 inch snowfall forecast is reasonable for this type of synoptic set up and its associated uncertainty.

A combination of winds gusting up to 40 mph and temperatures only in the low 30s F will make Saturday feel downright chilly. The winds will let up by Sunday with temperatures rebounding into the low 40s F.  The good thing about late March is that it doesn’t stay cold for long.

Moisture is Coming to Ned – Will it be Rain or Snow?

Some Rain Possible Early Next Week