At our home east of Nederland, Colorado, we are now officially at 106.4 inches of snow for the season. Something that has seemed unusual this February is the relative frequency of snow events.  We have been receiving a measurable snowfall almost every three or four days for the past few weeks. Except for the big snow earlier this month, none of these snowfalls have been too big (generally in the 3 to 6 inch range), but they do add up.  So far for the month of February I have recorded 35.6 inches of snow. This is about 7 inches above our 10 year February average of 28 inches.

With 106.4 inches of snow having fallen this season so far, the natural question is how do we compare with past seasons up to February 21st:

Amazingly, this is the second snowiest season up until February 21st based on my 10 years of records. This is about 31 inches above the normal of 75 inches. The first is 140.4 inches in the 2011-2012 season. A scary fact for snow lovers is in 2011-2012, it basically stopped snowing after February.  We measured only 0.1 inches of snow in March 2012, and this set us up for a very dry spring and ultimately led to conditions which supported the High Park Fire near Rocky Mountain National Park starting on June 9, 2012.  I am in no way predicting a dry spring or a big fire season for us this year. It is just interesting to look at the data to see what happened in previous years. Also, even when you feel good about the prospects for a wet spring, things can quickly change.

A quick look at the basin-averaged snow water equivalent values across Colorado shows that Nederland (we live in the South Platte River Basin) is at 129% of normal, actually the highest in the state: 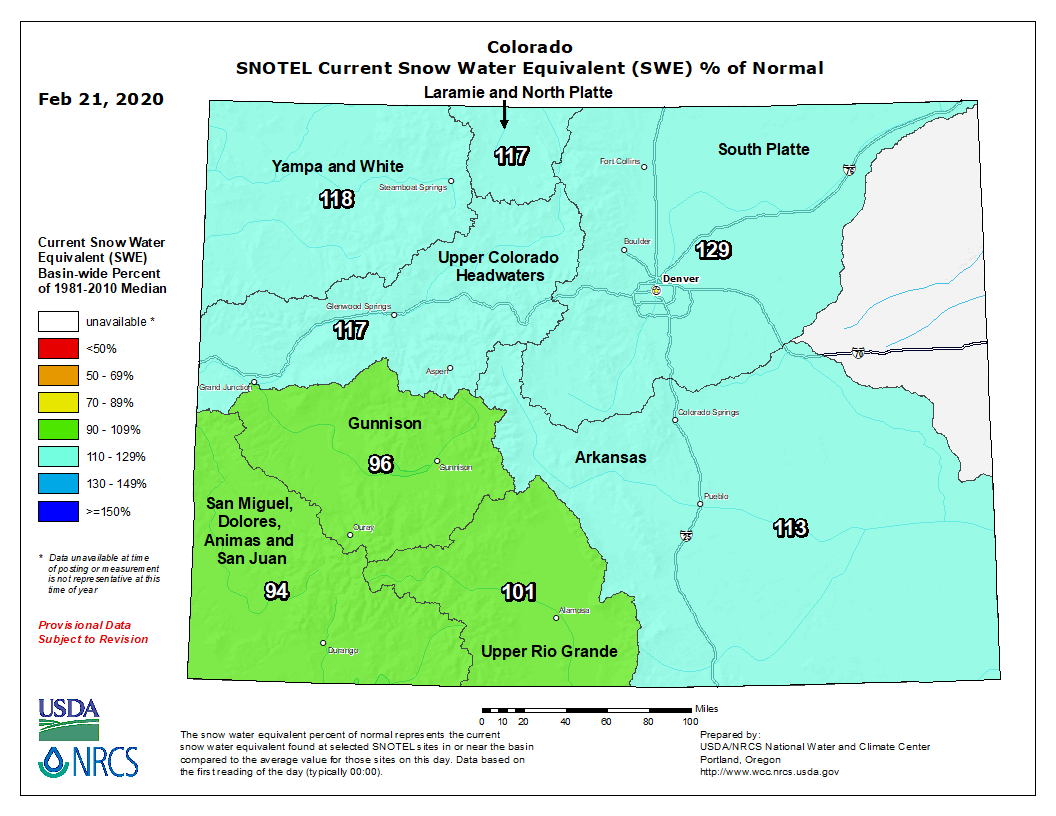 Northeastern Colorado has been catching weather disturbances just right in the northwest flow across the state over the past few weeks. These disturbances have had varying amounts of Pacific moisture, and the upslope flow associated with them has resulted in quick bursts of accumulating snow for the Front Range.  We were in a drier pattern in January. Now the snow gun is “on”.

The next round of accumulating snow is expected to start Saturday night and continue through midday Sunday.  As usual, the computer models are disagreeing on the details, however most snowfall forecasts for Nederland and the surrounding Foothills communities are in the 3 to 5 inch range. Here is the latest forecast from the National Weather Service: 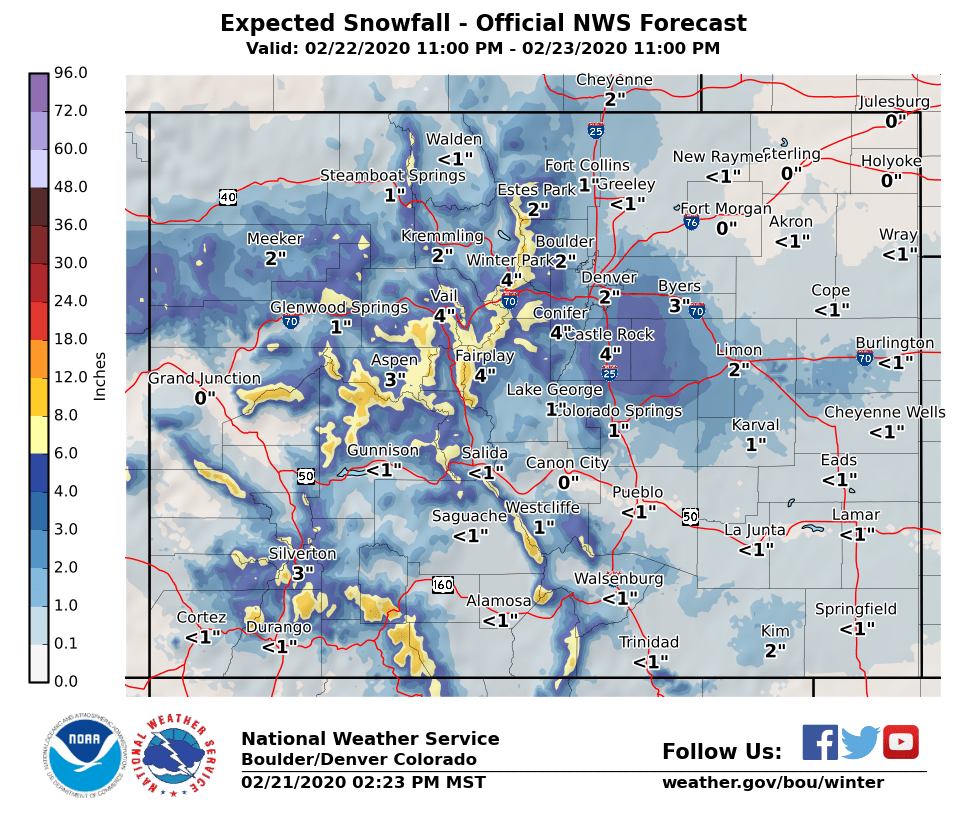 What I am certain about is that Saturday, much like Friday, will be a great day with temperatures climbing into the low 40s F. Winds in the high country will start out in the 20-30 mph range from the west Saturday morning but should diminish in the afternoon.  On Sunday, winds will be blowing from the northeast (upslope) anywhere from 10-20 mph.