After an amazing run of mild, dry, and predominantly sunny weather here in the Colorado Front Range a reminder that it is almost November is right around the corner. The computer models which meteorologists use to make their forecasts have been inconsistent with how they have been handling a trough which is currently digging into the Pacific Northwest. It has been fairly certain that this trough would bring colder temperatures to the Colorado Front Range, but it has been unclear how much precipitation would accompany it and where it would fall. The latest model runs have been trending more bullish with this next storm system and snow associated with it should fall across portions of the Front Range Foothills starting Tuesday and continuing through Wednesday evening.

Part of this trend towards a stronger system has to do with how the upper level features associated it are evolving. The upper level trough which is progged to bring us the cold air and snow has several pieces of energy, also known as shortwaves, associated it. It is the interaction, or phasing, of these shortwaves that will help to deepen the trough as it slowly moves across southwestern Colorado Tuesday night. The image below shows the 500 mb flow and those embedded shortwaves on Tuesday morning: 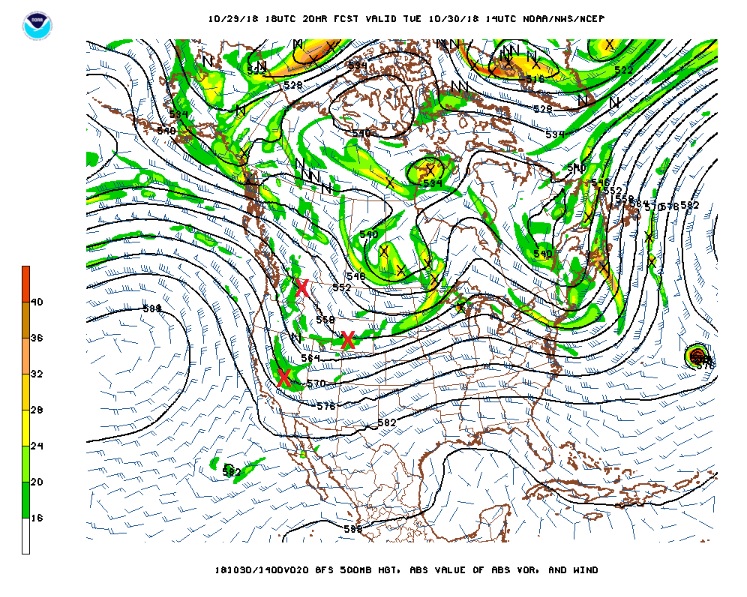 By midnight Tuesday night, this upper level low has strengthened over the four corners region: 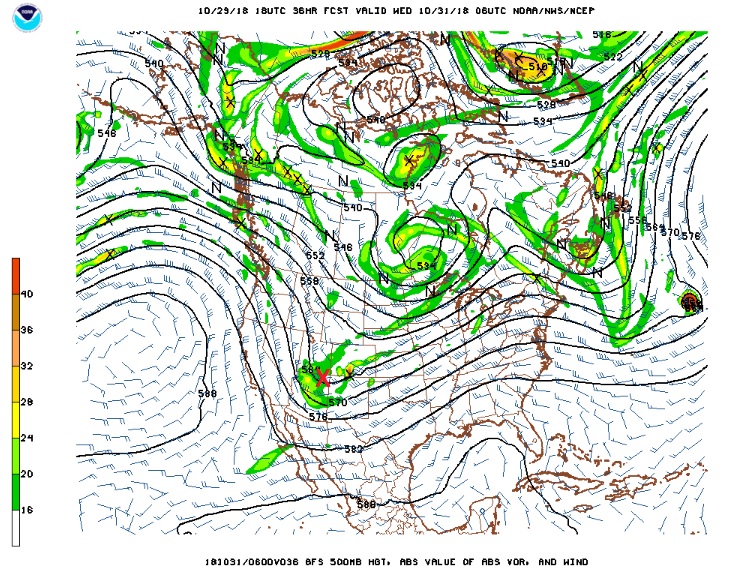 Eastern Colorado will also be in the right entrance region of an upper level jet streak during this time period which could produce some decent upper level “synoptic” lift to support snowfall: 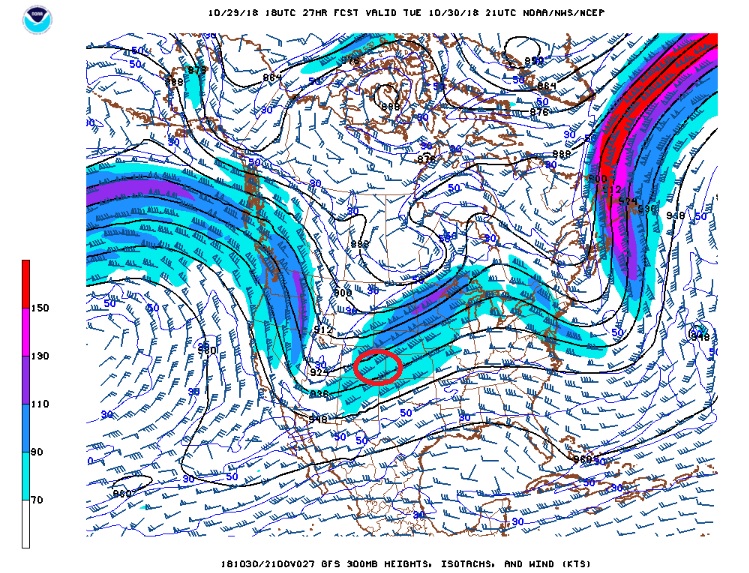 It also appears that there will be upslope flow east of the Continental Divide reaching up to almost 12000 feet on Tuesday evening: 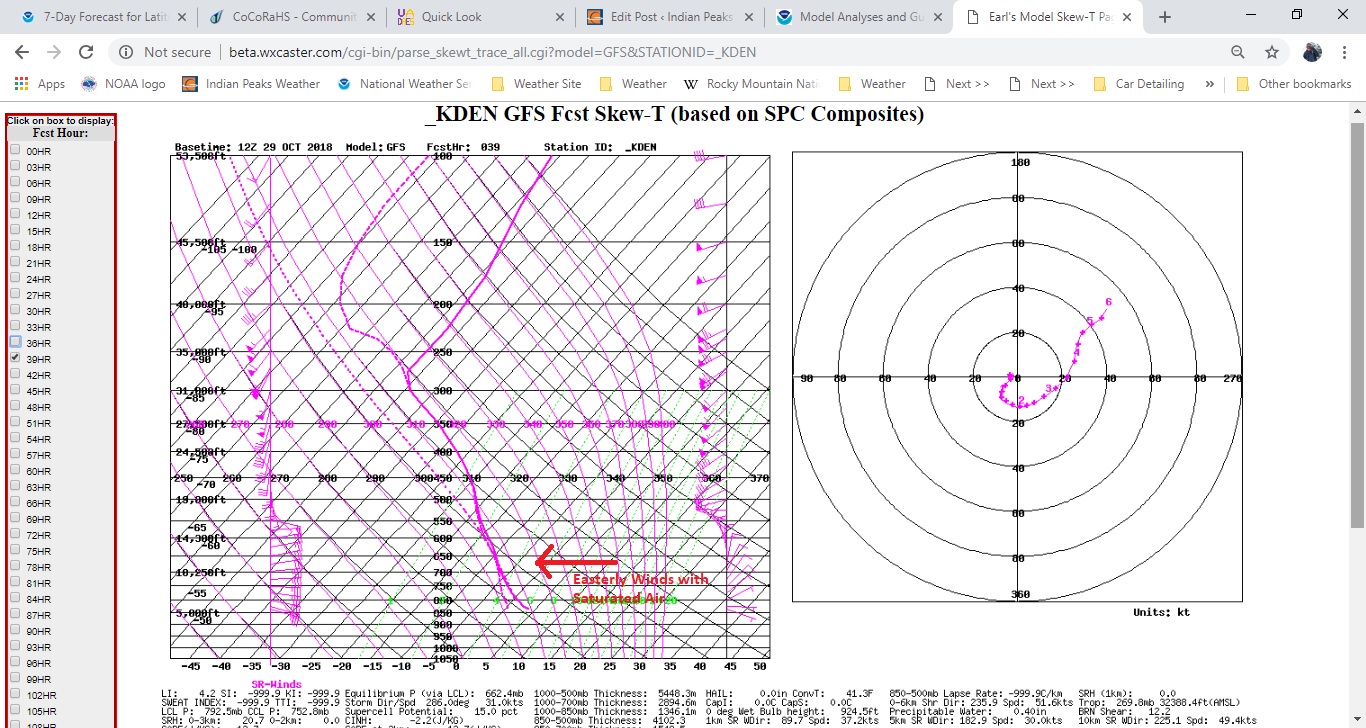 And this diagram also shows a saturated atmosphere which could lead to a fluffy, well accumulating snowfall.

While the ingredients do appear to be coming together for a decent snowfall along and east of the Colorado Front Range mountains and foothills, it should be noted that:

The latest most probable snowfall forecast from the National Weather Service shows Nederland and the surrounding foothills communities in the 4 to 8 inch range: 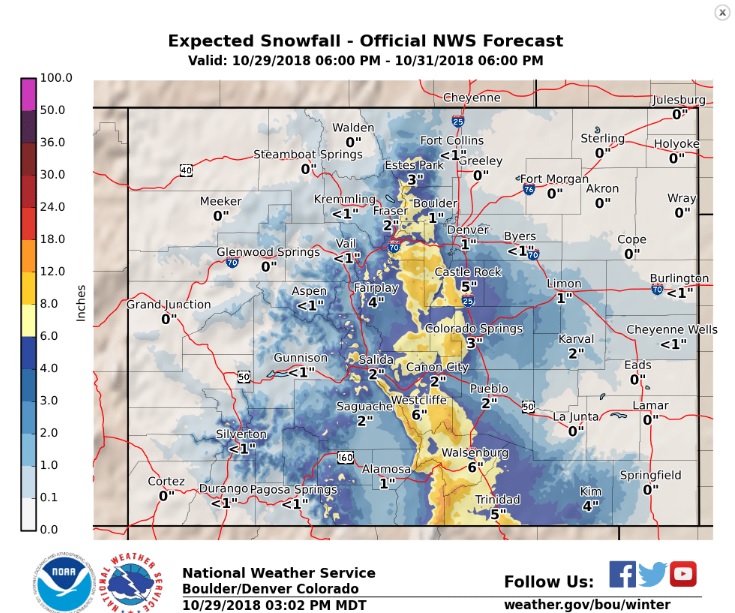 We’ll keep an eye on the evolution of this storm over the next 18 to 24 hours.  Expect winter driving conditions Tuesday night with snow packed roads, at least in the foothills, for the Wednesday morning commute.

What’s that? Snow in Nederland?

Snow and Cold to Ring in the New Year in Nederland