This morning’s visible satellite image shows Colorado sunny and dry. Areas of snow in the mountains and on the Plains in Kansas and Nebraska are clearly visible: 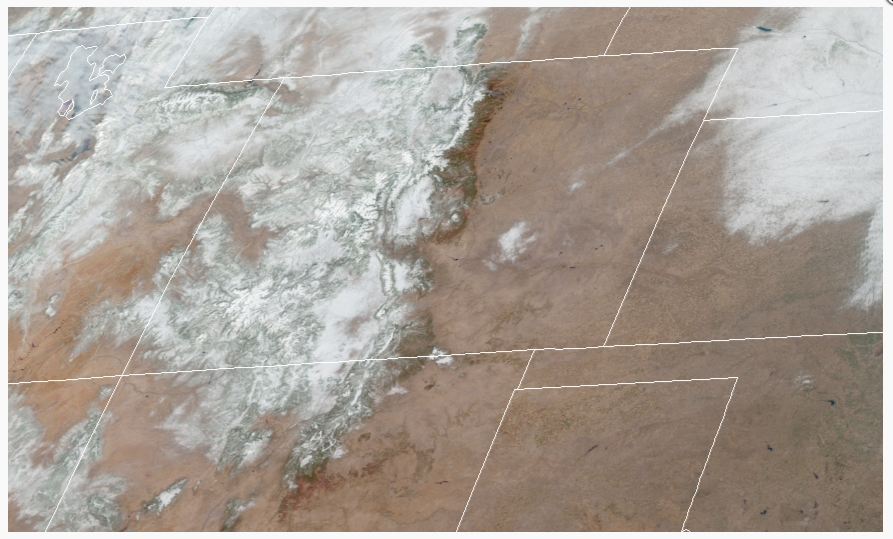 It has been an active weather pattern for many parts of the country, just not so much for us here in the Colorado Front Range Foothills. An atmospheric river brought parts of the California Sierra mountains several feet of snow earlier this week, while a storm off the East Coast will bring the Urban Cooridor (Philadelphia, New York, and Boston) over a foot of new snow Sunday night and Monday.  It is typical for us to be relatively dry in January but we are now heading into February, a month we average 29.2 inches of snow. Will our dry weather continue?

It will at least through the middle of this week.

We will be in a positive PNA pattern over the next several days featuring a deep cold trough over the Eastern United States and a warm ridge over the West. Here is the 500 mb chart for Tuesday: 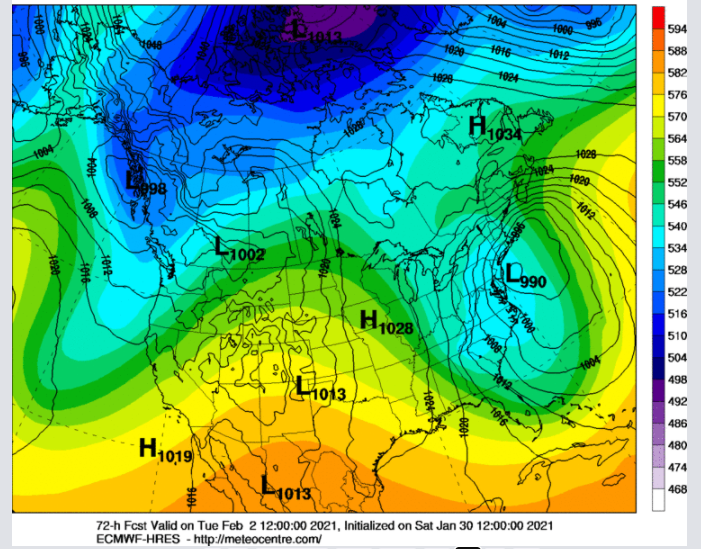 By Wendesday night and Thursday, a cold front is expected to pass through the central and southern Rockies.  The ECMWF and GFS differ somewhat in the strength of this system, but there may be enough moisture and upslope flow behind the front to bring a few inches of new snow to Nederland and the surrounding Foothills communities. The trend this winter has been for most storm systems to be weaker than forecast, so I’m not expecting much with this storm.

Beyond that the ECMWF and GFS diverge greatly on the weekend forecast. The GFS is showing a significant cold air outbreak in the central and eastern United States on Sunday while the ECWF keeps most of the cold and energy in the West.  The forecasts could not be much more different: 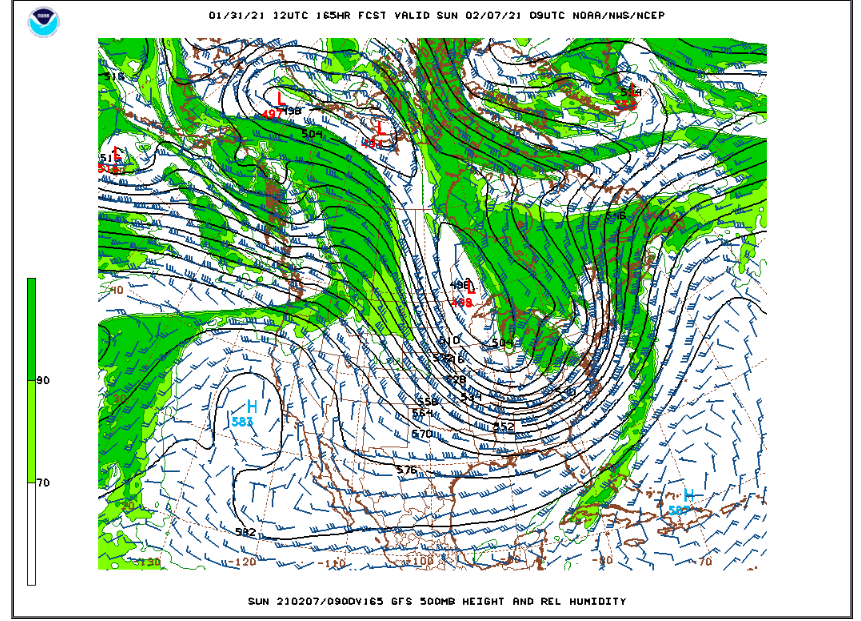 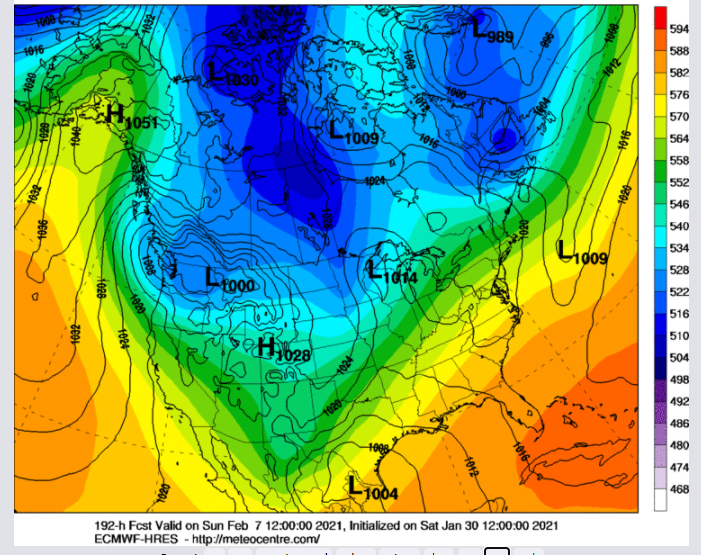 In the short term, temperatures on Monday and Tuesday will be balmy on the western ridge!  Highs will reach into the mid to upper 40s F with lows in the 25-30 F range. We have a return to the reality of winter on Thursday and Friday when highs will only reach into the 20s F. 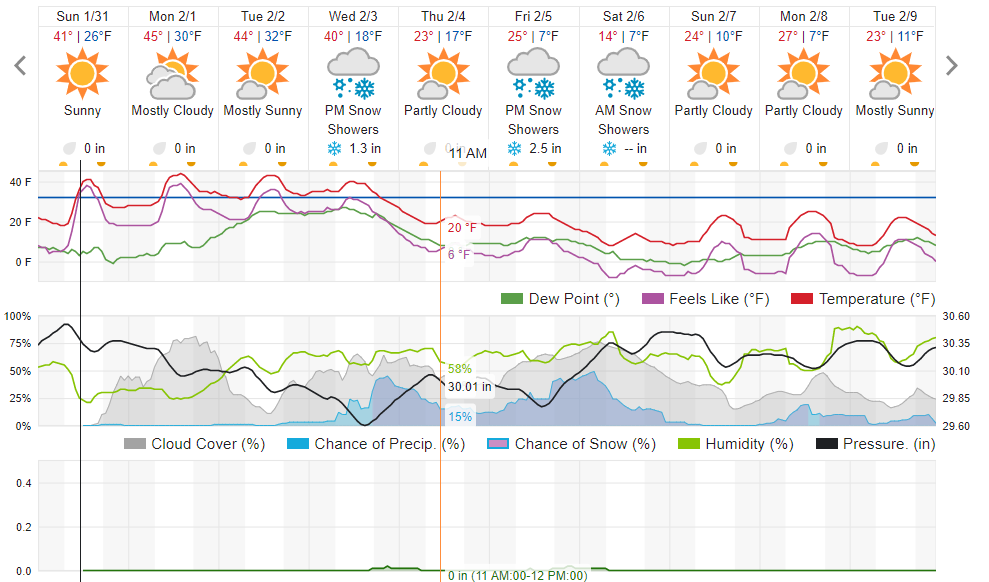 And the DarkSky forecast:

And the National Weather Service forecast: