After a few days of mild and (let’s admit it) boring weather, Nederland, the surrounding Front Range Foothills communities, and even the northeastern plains of Colorado are in for a shot of some snow and colder temperatures to end the week. As with any weather event here in Ned, the devil is in the details, and not all of the computer weather forecast models are in agreement about these details. Over the past 24 hours, successive runs of the North American Model (affectionately know as the NAM) have become increasingly wet with a weather system which will be affecting our weather on Friday. The latest NAM run from this evening is showing over a 0.50 inches of liquid precipitation around the Denver area with Nederland, Ward, and Rollinsville on the northwestern edge of this precipitation bulls eye (Colorado is outlined in the red box): 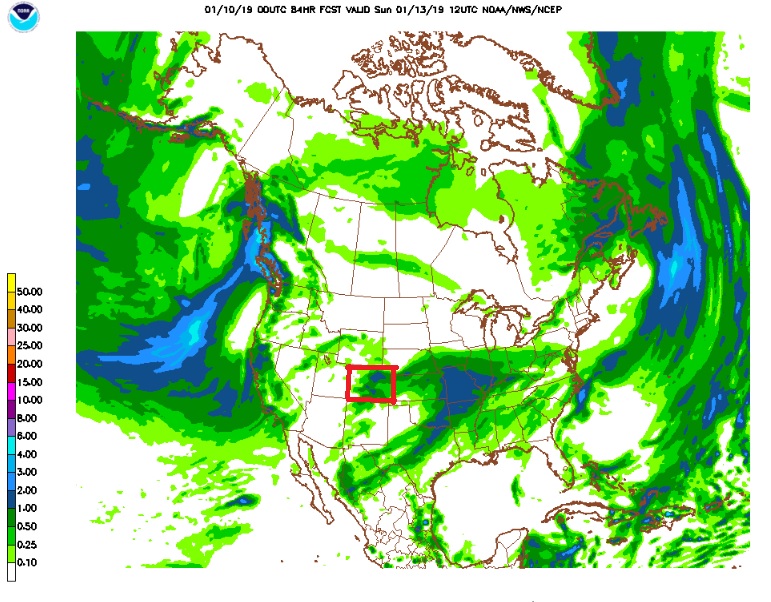 The GFS model has been much drier, but it also has been getting moister with successive runs: 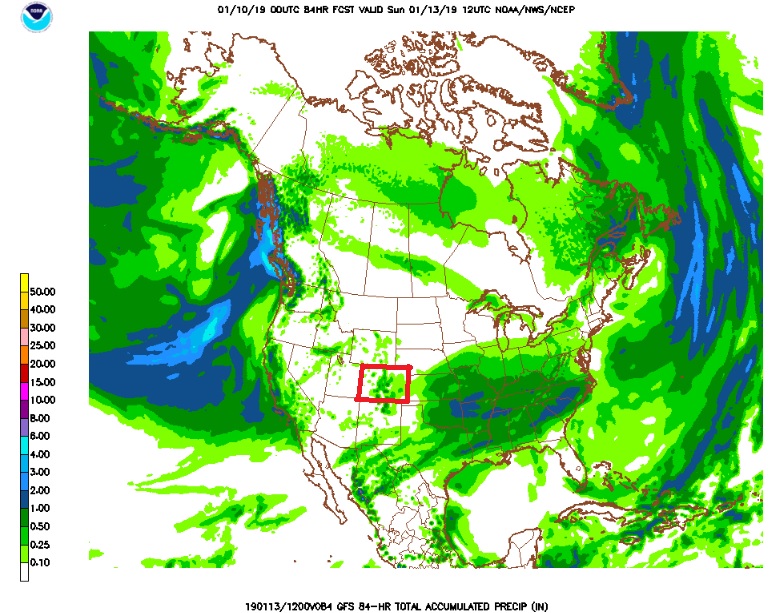 As you can see, there are still significant differences between these two models, and this is weird, because the GFS is usually the wetter of the two models.

It is tough to tell exactly what the NAM is latching on to which is resulting in these higher precipitation amounts. There is a decent amount of moisture available on Friday, and our area will be positioned on the northwest side of a 700 mb low. A combination of northeasterly upslope winds and lift from an closed upper level low tracking across southern Colorado will result in some snowfall. It is important to note that this storm system is not initially that cold and that could inhibit snow accumulations especially over the lower elevations, in places like Boulder. 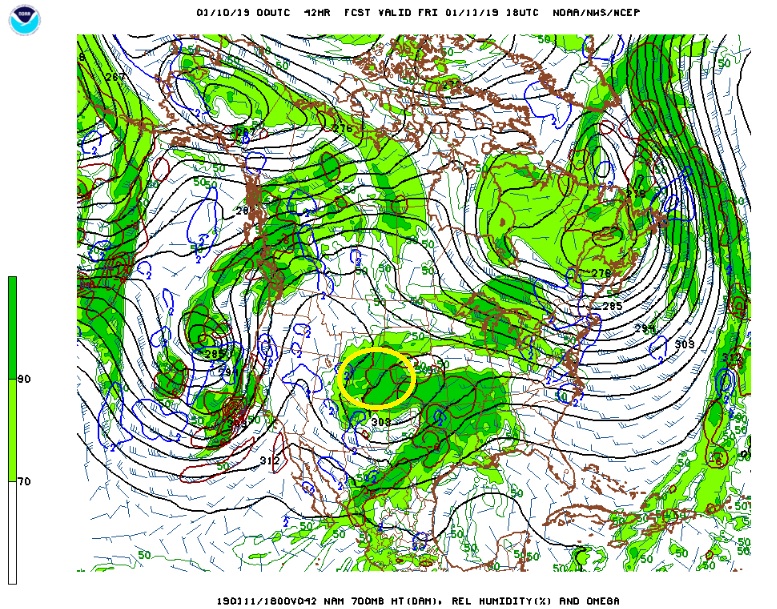 Lastly, looking at the forecast sounding for midday Friday, the NAM is showing upslope winds up to nearly 25000 feet with a saturated atmosphere and temperatures favorable for good snow flake growth: 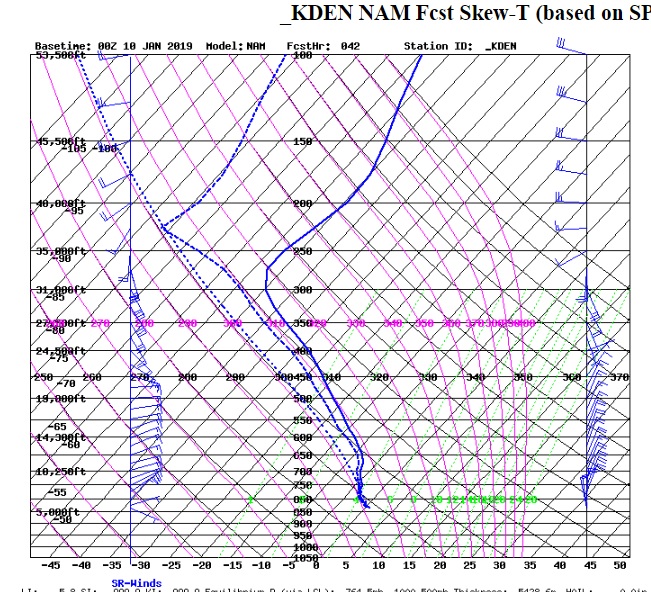 It is likely that the NAM is way over doing this storm, but if you average the GFS and NAM amounts, it still appears that Nederland will likely see several inches of snow on Friday.

We’ll keep an eye on this system and keep you updated. It has several of the ingredients we look for in a decent Foothills snowfall. Let’s see if they actually come together.