The abundant moisture during the latter half of the winter across the central and southern Rockies has made a real dent in the extreme drought conditions particularly across southwestern Colorado. The latest snowpack water equivalent (SWE) map shows well above normal values across all of the major river basins in the state: 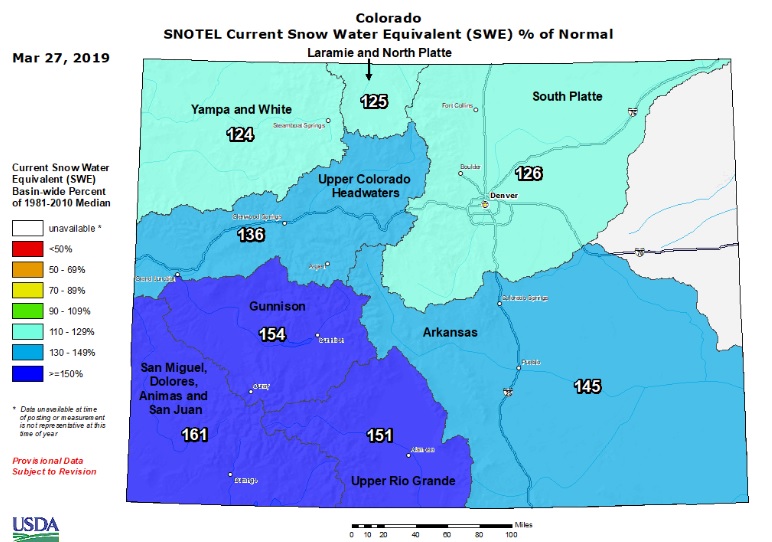 Nederland and the surrounding front range foothills communities are located in the South Platte River Basin and are around 126 percent of normal SWE. The southwestern portions of the state in the San Juan Mountains are at 161 percent of normal SWE. These areas in particular were moisture-starved during the 2017-2018 winter season and for much of the 2018 summer as well. The latest drought monitor shows marked improvements across the state: 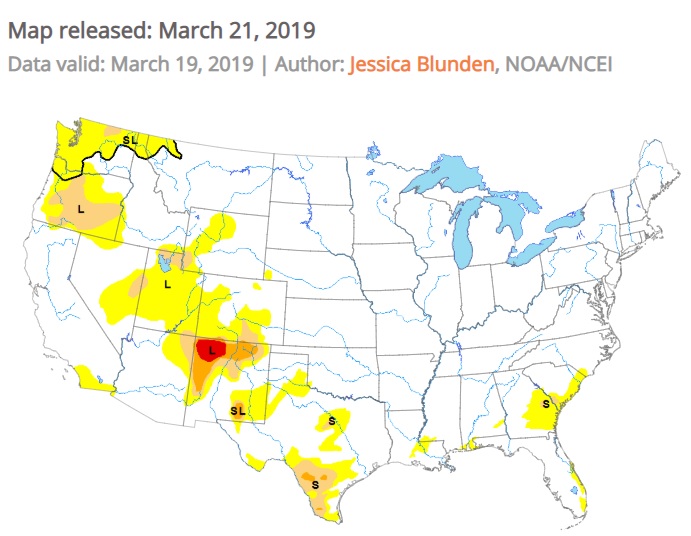 In fact, by July the Drought Monitor is forecasting the abatement of nearly all drought conditions in our state: 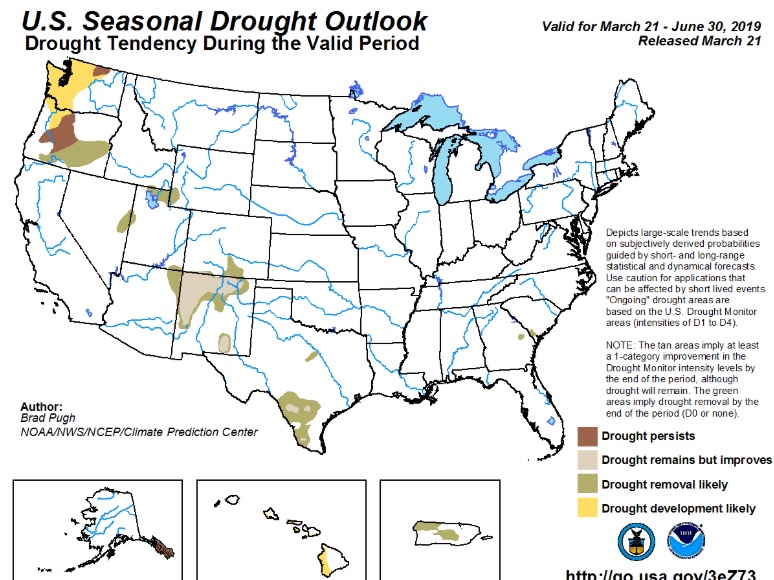 This is good news, particularly for water supply and fire weather interests. Still, a winter with above average snowfall does not always lead to a summer with lower fire danger. 2016 is a case in point. Although the 2015-2016 winter season featured nearly 200 inches of snow in Nederland, it was followed by a drier spring and ultimately the Cold Springs fire in early July. It can and does dry out very quickly here in the Front Range foothills of Colorado, so for those who worry about wild fires – and that is just about all of us here in Ned – enjoy the peace of mind that the snow pack provides while it lasts.

Although April and early May have featured some of our biggest snowstorms, at least for the next week or so, the weather will be relatively tranquil here in Nederland. Stay tuned!