June in the Central Rockies is a month of transition. The jet stream often has some energy left in it early in the month, and this sometimes results in spring-like storms with plenty of widespread precipitation. As June progresses we begin to look for the development of a ridge of high pressure over the southwestern United States.  This is often in response to daytime heating over the high Mexican Plateau. This formation of a hot continental air mass which extends into the southwestern United States can force the jet stream well to the north of the Central Rockies, and result in a period of hot and dry weather in Nederland and the surrounding Foothills communities. This big, hot area of high pressure (the “Big H”) is a prerequisite for the North American monsoon.

The technical definition of a monsoon is a seasonal reversal in the winds which results in an increase in precipitation. The monsoon of South Asia is a famous example of this, and it can bring enormous amounts of rain -and flooding – to parts of Indian. Our monsoon is a bit tamer than that, although it too can bring localized heavy rain and flooding, particularly to the Southwestern United States. It forms as a result of that hot, dry early summer air mass I mentioned. That may seem like an oxymoron – how does hot, dry air result in heavy rain? The key is that hot air rises (this is why I spent 4 years in weather school) and it results in a thermal low over the Southwest.  This picture sums it up: 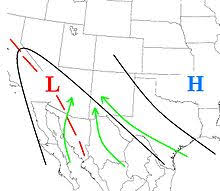 The thermal low over the Southwest draws in moisture from the Pacific Ocean, Gulf of California, and the Gulf of Mexico. As the moisture increases it combines with daytime heating to destabilize the atmosphere in these areas and produce afternoon and evening thunderstorms. In effect, the monsoon is a product of the long summer days and high sun angle which produces plenty of insolation.

The problem so far this summer is that it has been relatively cool.  Sure it has recently been very hot over California as well as parts of Nevada and Arizona, but this heat wave appears to be short-lived. In fact, a glance at the 6-10 day forecast shows more of a zonal (non amplified) atmospheric pattern with below normal temperatures and above normal precipitation: 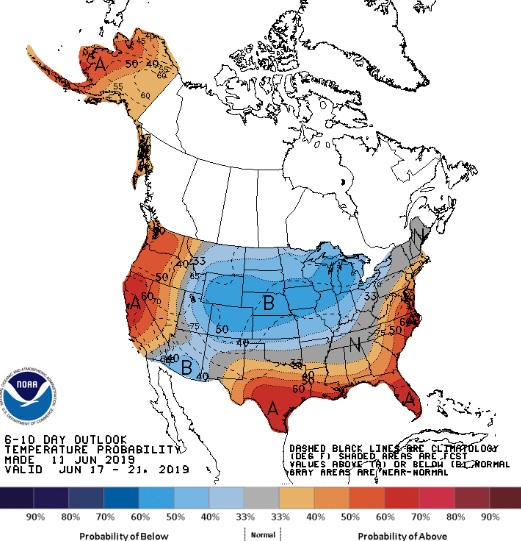 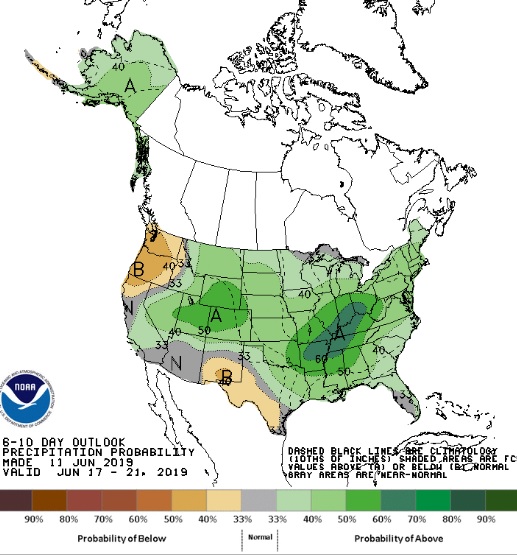 While this is not a monsoonal pattern in a classic sense, cool and wet weather in June is always a blessing, especially for fire weather.

It is very green in the Colorado Front Range Foothills right now. Eventually, this pattern will transition to one more typical of summer here. We’ll see if it will bring monsoonal rains with it.

The Week Ahead for Nederland