Surprisingly, not much has changed in the track and intensity of the upcoming storm over the past 24 hours. We are still watching a deep upper level low that will dive into the Great Basin Wednesday night and Thursday and then slowly track eastward to the Four Corners Region by Saturday morning. From there it will continue eastward to southeastern Colorado by Sunday morning before taking a turn northeastward into the Plains later Sunday and Monday. Here is an animation of the latest GFS 500 mb height forecast showing that deep low’s track across the Central Rockies: 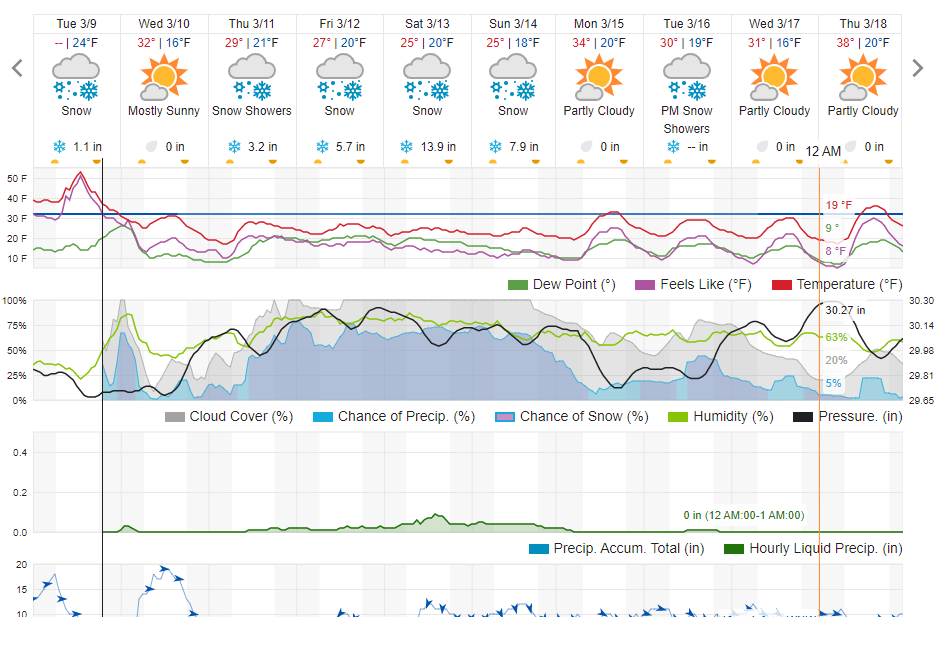 Weather Underground is forecasting about 30 inches of snow from Thursday through Sunday while Dark Sky is down just a smidge at 35 inches.

The forecast QPF from the Weather Prediction Center places us somewhere in the 2.5 to 3.0 inch liquid equivalent range: 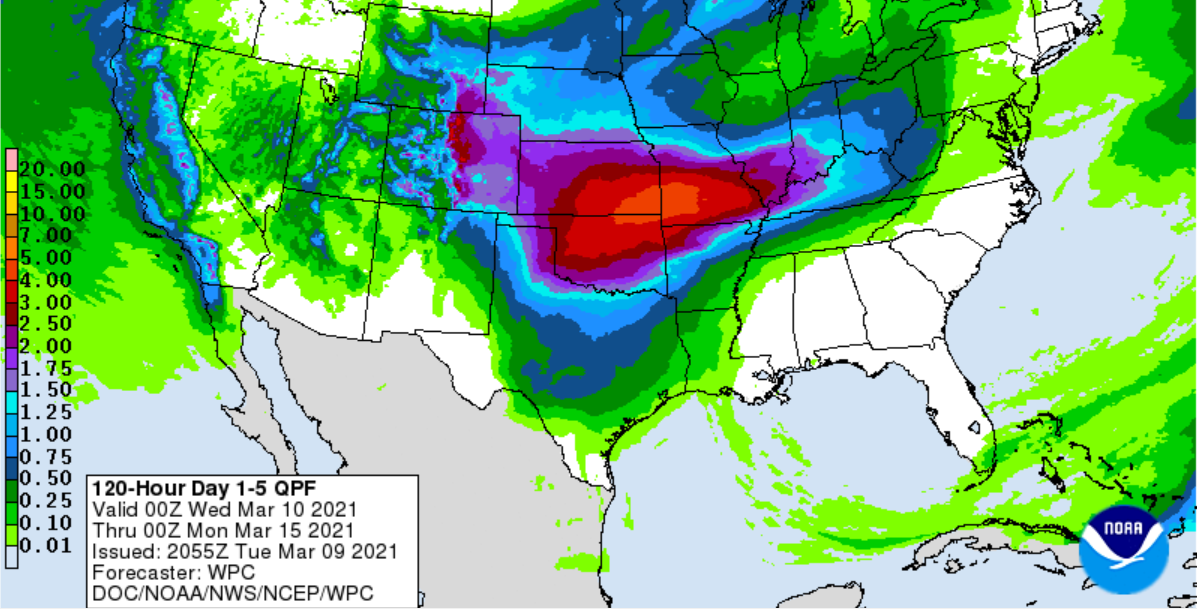 And then there is the GFS model forecast precipitation which everyone has been talking about. This puts out between 5 and 6 inches of liquid which would be a tremendous amount of snow in Nederland: 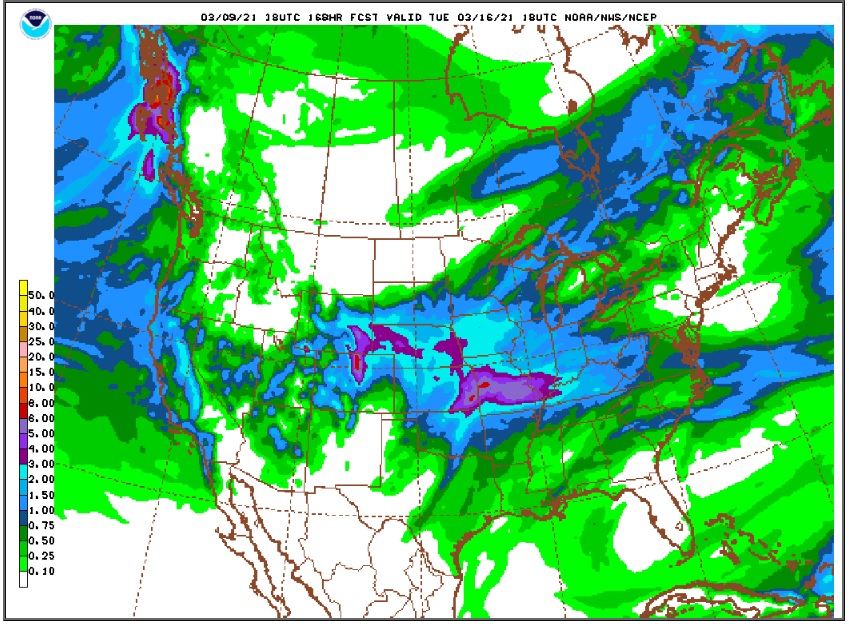 Most forecasters believe that the GFS is greatly overdoing the precipitation forecast. It has a tendency to do this. I agree with this assessment since this would result in at least 4 to 6 feet of snow which would be historic. As much of a weather geek that I am, it is important to remain objective.

It is also important to remember that this is a complicated forecast that will likely change over the next several days, even after the storm arrives.  Upper level cut-off lows tend to wobble and move somewhat unpredictably. It is safe to say that someone will get a lot of precipitation with this storm, but it remains to be seen who.  It has also been noted that there has been a slight northward shift in the storm track. If this were to continue, the bulk of the precipitation could be over Wyoming and Nebraska.

For now, the potential exists for two or three feet of snow in the Foothills, but we’ll see what curveballs Mother Nature has in store for us with this storm.

In the near term, colder air is already filtering into Nederland this evening. After a high of 51 F, the themometer has dropped to 35 F. Lows on Wednesday morning will be in the 20-25 F range with a fresh coating snow possible. Temperatures will stay below freezing through the weekend.

Mike Nelson of Denver 7 is the first to produce an official snowfall forecast for us: 24-48 inches for Nederland and the surrounding Foothills communities, 12-24 inches for Denver and the western suburbs. This evening’s GFS continues to be bullish producing over 6 inches of liquid for the Foothills during this storm.

Plummeting Temperatures and the First Measurable Snow are Coming to Ned