The cold storm which brought 12.5 inches of light, fluffy snow to our home just east of Nederland was the largest single storm snowfall I have measured since we moved here in July of 2010. The second largest single storm snowfall was 11.1 inches on November 30 – December 1, 2011. The third largest was 9.8 inches on November 1-2, 2011. As expected, the cold temperatures with yesterday’s storm resulted in some very high snow to liquid ratios, averaging in the neighborhood of 22 inches of snow to 1 inch of liquid precipitation (22:1). Also, as is typical with colder storms in which the upslope flow reaching up to only 9000 to 10000 feet, the heaviest snow actually fell in the lower foothills just west of Boulder as this graphic from the National Weather Service shows: 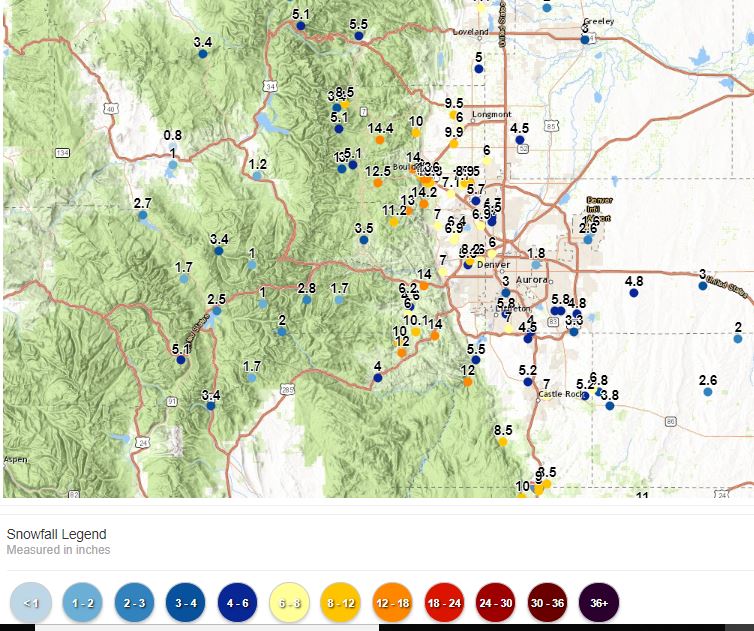 After a very cold start to the week, temperatures will moderate and drier weather will be the rule.

Where is this Smoke Coming From?