The first system in our two part snowstorm has come and gone, and so far everything has been pretty much to plan. The timing of the cold front, the afternoon and evening snow showers, and the icy roads for the drive home from work went pretty much according to plan. It seems rare for a snow forecast to stay true to it’s course.  The snow has mostly tapered off in the Colorado Front Range Foothills. At our house just east of Nederland, we have officially had 3.1 inches of snow, 0.28 inches liquid equivalent.  This works out to about an 11:1 snow ratio which is quite wet for us for anytime of the year, even in the spring.  This means that this snow is heavy, dense, and greasy. Many of the main roadways were warm enough for a lot of the initial snowfall to melt, but secondary roads are slick.  This is more like an East Coast snowfall.  That this snowfall is dense is not really a big surprise. Upper level temperatures are not optimal for good fluffy snow flake (dendritic) growth.

A quick look at a few of the SNOTELS in the Indian Peaks shows: 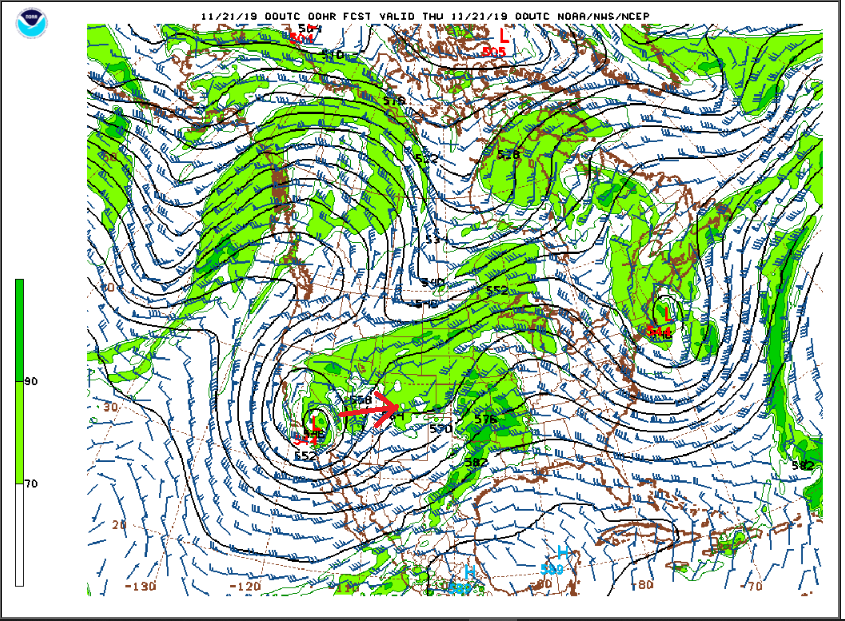 This system will slowly move to the east-northeast towards southern Utah and the Four Corners Region over the next 24 hours. This low will also be weakening as it approaches Colorado, but at least the NAM model is keeping this system more cohesive and organized through much of Thursday. By Thursday, this slow moving system will be in southwestern Utah: 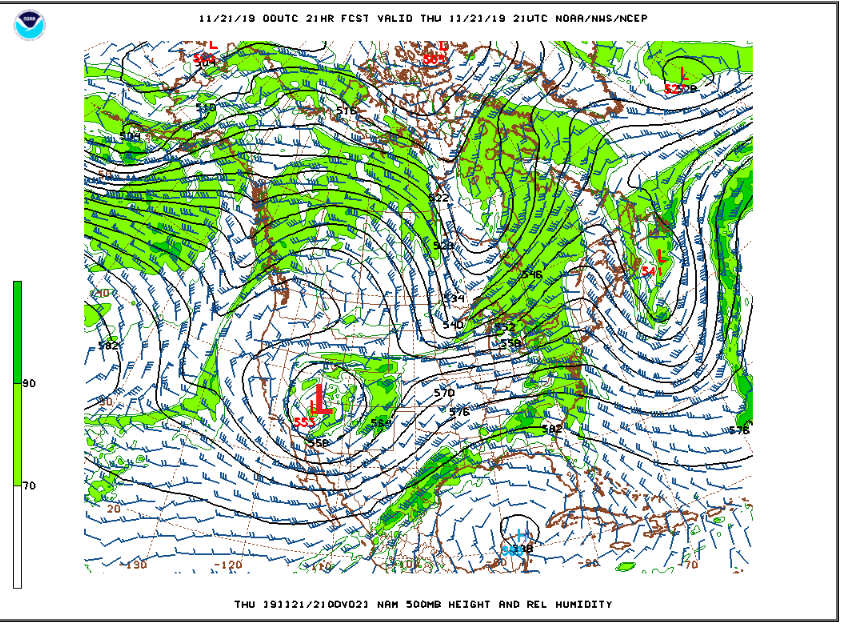 This will leave Nederland and the Northern Front Range Mountains in the diffluent area ahead of this low which should help to enhance upper level lift. This system already has plenty of moisture, so any lift and dynamics we can squeeze out of this system should help to produce at least some light snow. Overall, Thursday will be cloudy and cold with temps in the low to mid 20s F and periods of light snow. I expect another 2 to 4 inches of snow on Thursday, although a few spots in the higher foothills and Front Range Mountains could top out closer to 6 inches.

The weather rapidly improves on Friday as this storm pulls away to our east.