Our internet service has finally returned since being disrupted by the high wind event on Friday night and Saturday. At that time, I measured wind gusts up to 66 mph here at our house about four miles east northeast of Nederland, but several locations in more exposed locations around Nederland and in the nearby foothills reported wind gusts up to 80 and 90 mph. Many locations lost power, and plenty of trees came down.  On our drive to Winter Park Saturday morning, there was a tree hanging on the power lines across Ridge Road in the Cold Spring Fire burn scar. In fact, dozens of trees, dead and alive, were toppled in the burn scar, making that section of Ridge Road look more a mountain meadow than a forest.

Our weather early this week has seen seasonable with plenty of sunshine.  Highs have generally been in the upper 30s and lower 40s F with lows in the 25-30 F range.  Overall, the weather the next several days appears to be uneventful – with one little exception. Weather forecast models are showing a little piece of energy – a shortwave trough – crossing Colorado Wednesday night and Thursday morning, and this system may bring a few inches of snow to Nederland and the surrounding Foothills communities by midday Thursday.  The 500 mb NAM forecast for Wednesday evening shows this system over southern California: 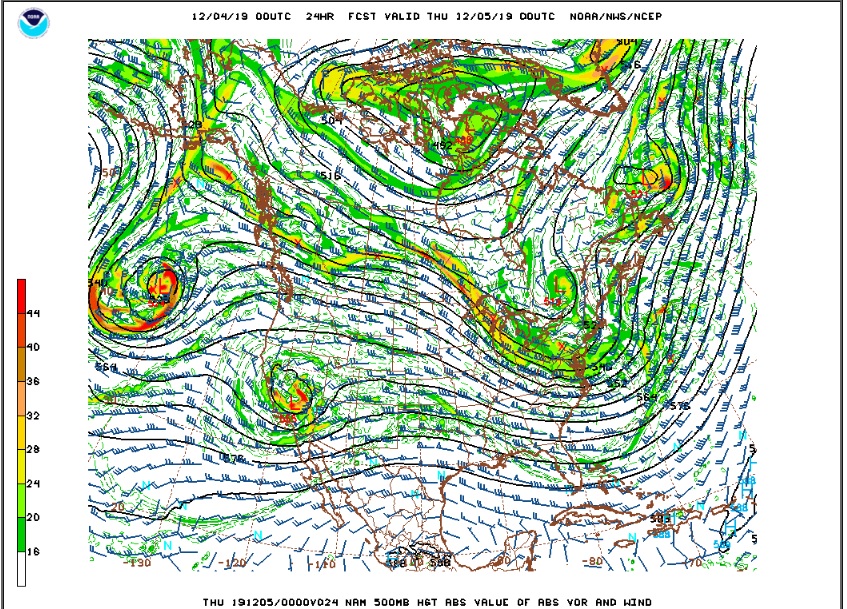 By Thursday morning, this zippy little shortwave has weakened and moved to a position over southern Utah: 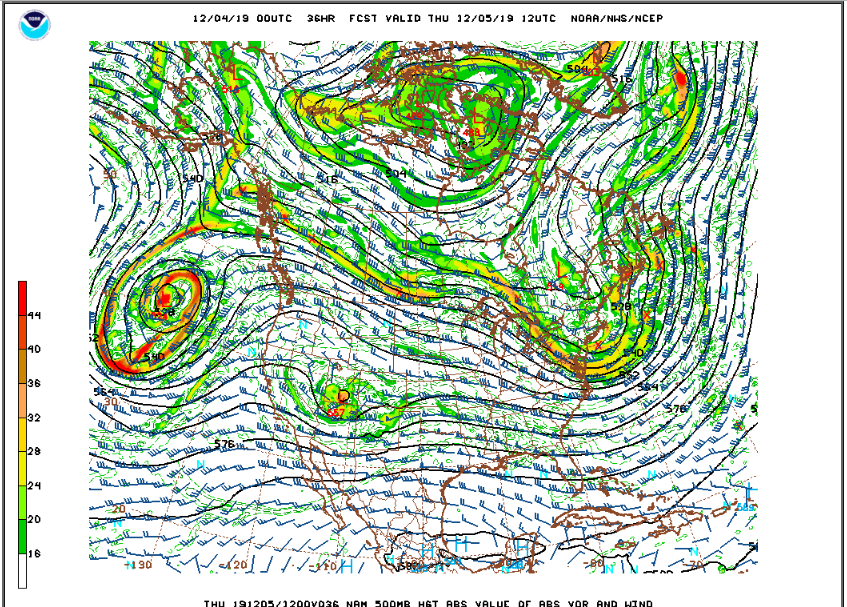 And by Thursday evening, this trough is over eastern Kansas: 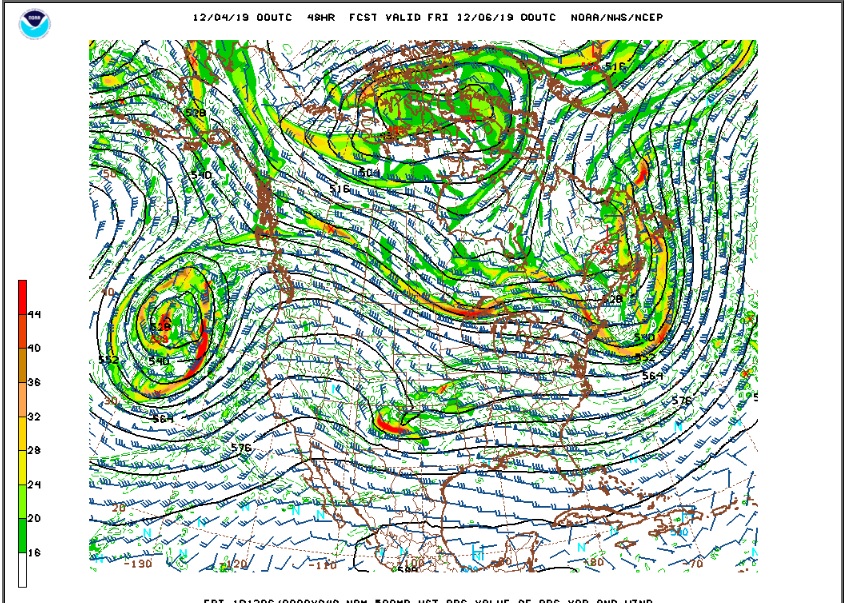 Quasi-geostrophic theory (look it up) says that troughs tend to generate rising air motion as they approach and sinking air motion as they depart.  This system is a fast mover and it is weak, but it should be able be generate enough lift to result in a period of light snow over the northern Colorado Foothills Thursday morning, and this could translate to 1 to 3 inches of new snow. There will be more snow in the higher elevations near the Divide.

After this system, a ridge will build over Colorado, and this result in a couple of nice days here in the Indian Peaks on Friday and Saturday.

The next weather maker comes in late in the weekend. I’ll have more on this in my next post.

A Colder but Dry Christmas in Ned

Coming Soon! Snow and Cold to a Mountain Town Near You!