The 2018-2019 winter season has featured below normal temperatures and slightly above normal snowfall in the Front Range Mountains and Foothills of northeastern Colorado. The following table breaks down the snowfall and temperature observations by month this winter: 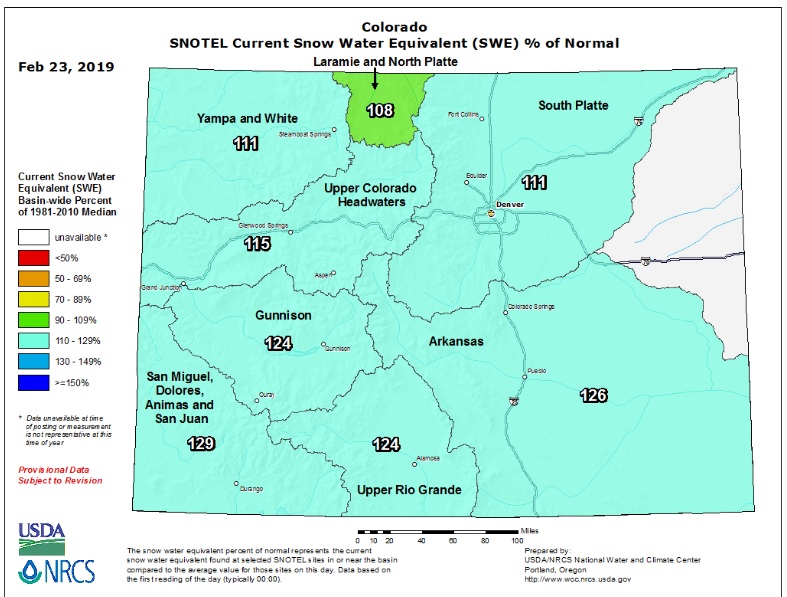 This is good news for our drought-ridden state, particularly the southwestern portions where extreme drought has persisted for months. The latest Drought Monitor shows that although precipitation has been better this winter, drier than normal conditions are prevailing in many areas including Nederland and the surrounding Front Range Foothills communities:

There is still plenty of winter left here in Nederland. Some of our largest snowstorms have occurred in the late winter and spring months. Here are our top 10 snowfalls since we moved to Nederland in July 2010:

Also, we average 151.9 inches of snowfall each season here in Nederland with much of that falling in the spring months:

The 3 month outlook for March, April, and May from the Climate Prediction Center indicates a better than average chance of a wetter than normal Spring in Colorado with equal chances of above or below normal temperatures:

Finally, a time series plot of snow water equivalent in the South Platte River Basin (the one Nederland is located in) for the 2019 water year shows that we have been trending slightly above normal for much of the season: 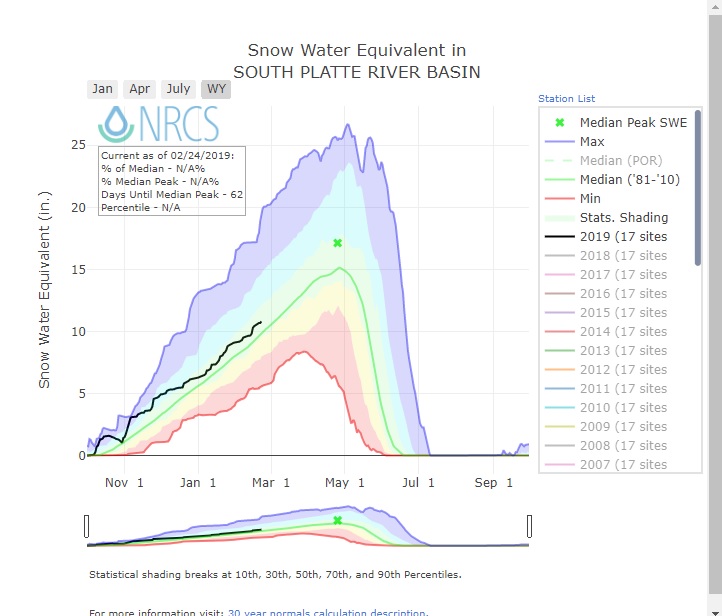 Winter is far from over in the Front Range Mountains and Foothills of Colorado. El Nino springs tend to feature more upslope storms on average than La Nina or ENSO neutral years, and a wet/snowy spring is critical in reducing fire danger, particularly in June before the monsoonal rains arrive.

Dud of a Storm? Where is the Snow?

A Warm Start to June

Recap of Monday’s Storm and a Look Ahead