About the only part of my forecast for Friday that was accurate were the cold temperatures.  After a morning low of -6 F we only reached 12 F.  Oddly enough, Nederland, 4 miles to our west, rebounded into the mid 30s F but that warmer air never got here.  The real surprise though was the snow.  There wasn’t much of that in the forecast today.  Then it started snowing around 3:30 PM and continued sometimes two inches per hour until almost 7:30 PM before lightening up.  We ended up with 7 inches of snow at our house. Tonight was supposed to be shopping night in Boulder, but we decided against driving down Boulder Canyon.  Instead, we drove into Ned. Even that was an adventure.

This was a very localized snow event basically stretching from the Boulder/Gilpin County border up to about Ward and Gold Hill.  A band of heavy snow set up over southern Boulder county and sat there for several hours.  It resulted in a busted forecast, but it was also fun to see it snow hard. And surprise snowfalls are always interesting even if they make you look like a really bad forecaster.

We obviously had banded convective snowfall and conditional symetric instability, but the exact reason for it is not as clear to me.  The sounding from this evening shows the cold air in the lower levels in the atmosphere with much warmer conditionally unstable air above it. This instability combined with jet dynamics and relatively little wind shear above the inversion boundary could have each contributed to the extended period of snow: 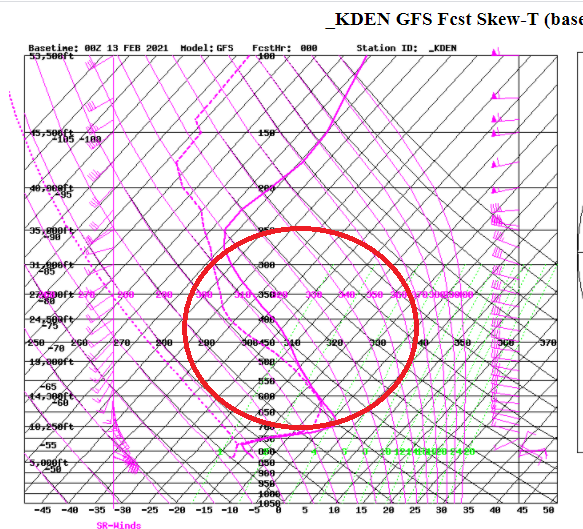 We are still on track for more winter weather and cold temperatures Saturday night and Sunday.  The latest NWS snowfall map places us in the 3 to 6 inch range Saturday night: 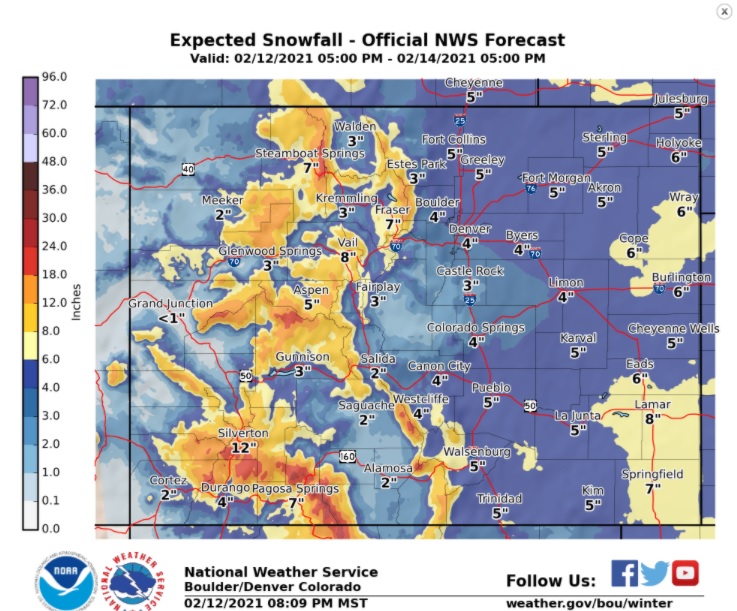 Temperatures will likely drop back to near -15 F by Sunday morning. There have only been 8 days in my 11 years of records where the low temperature has been -15 F or colder: 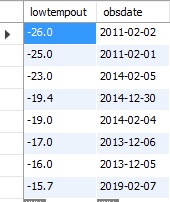 Unsettled Spring Weather to Continue into Early Next Week

Cold and Some Snow for the Weekend