So far, our total rain for July has been less than stellar – 0.15 inches.  July is normally our wettest month of the year with a 10 year average of around 3 inches. We have a long way to go to reach this amount, and the month is already more than half way over. The lack of rain and relatively warm temperatures has led to very dry forests and grass lands around Nederland. On an almost daily basis there are small fires flaring up along the Front Range.  Normally in July and August the winds are lighter and this helps to prevent explosive fire growth. Still, the threat of fire is very real, and many of us who live in the Foothills are a bit on edge. A peek at the latest drought conditions in Colorado shows a bleak picture for much of the state except for Boulder County:

The monsoon which normally brings beneficial rains to most of Colorado during the summer months has been largely absent so far.  Sure, there is some moisture around, and scattered afternoon and evening thunderstorms have been popping up, but the winds have not been favorable for rain in the Foothills around Nederland. The models are hinting at a pattern shift over the next week which could lead to a better chance of rain here on the eastern slope of the Indian Peaks.

Here is the GFS  500 mb chart for Saturday afternoon: 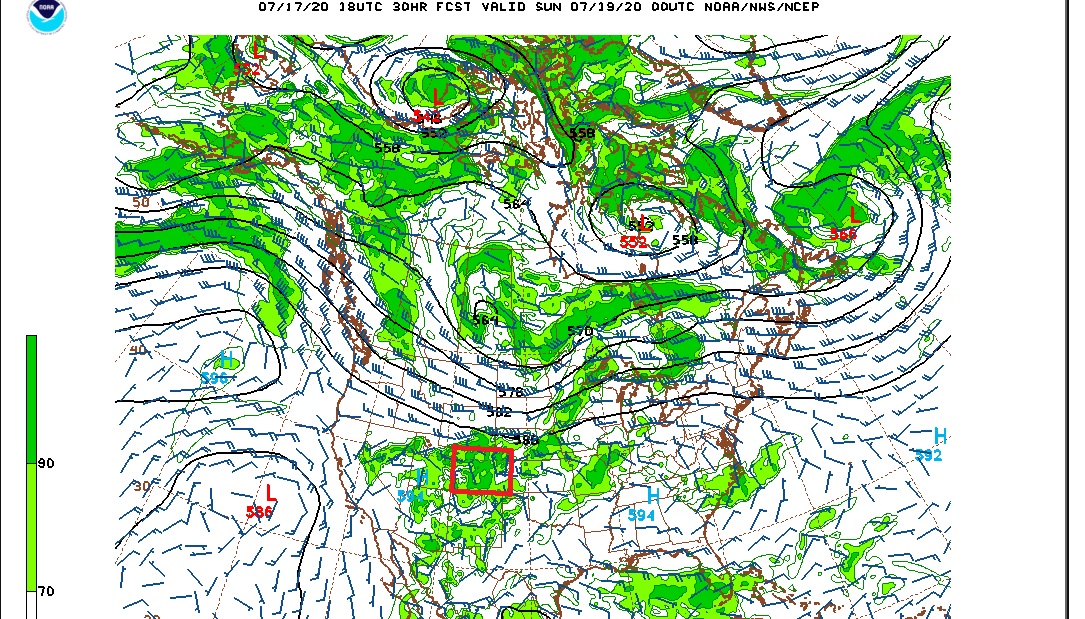 Colorado is outlined in red.  Note that despite the warm temperatures there is not a well defined ridge of high pressure over us.  There is some moisture around, and this will lead to some scattered showers and thunderstorms, particularly later in the weekend, but this does not appear to be a wide spread rain event for the Foothills.

Over the next week, the models are showing a trough of low pressure developing over the Western United States with a ridge of high pressure becoming established over the Central Plains. If this forecast verifies, it will allow more Gulf of Mexico moisture to flow into Colorado and produce a better chance of wide spread rain: 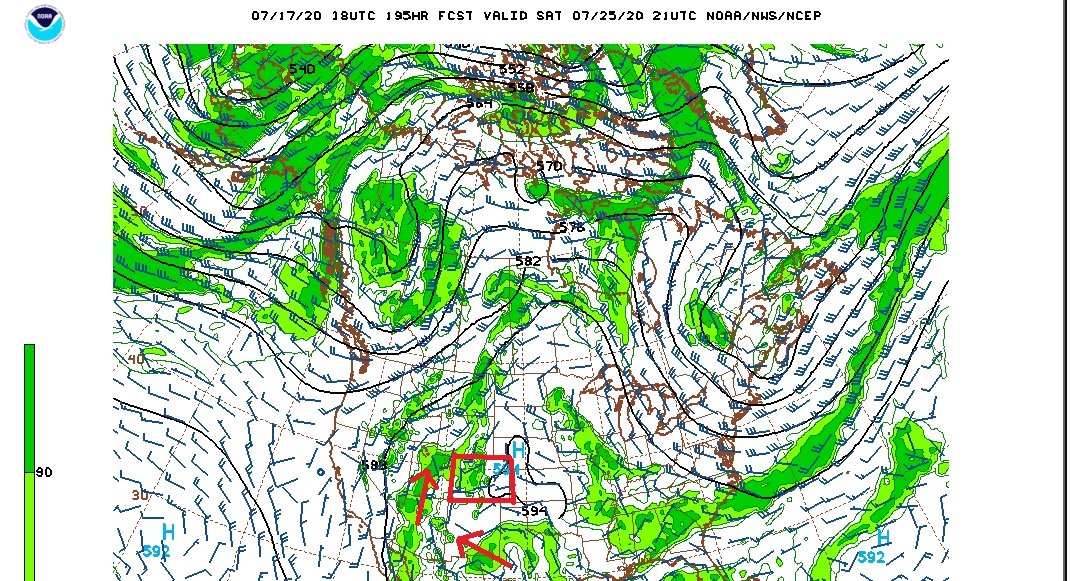 The 6 to 10 day outlook is not as optimistic about precipitation here in Colorado but at least keeps the hottest temperatures to our east:

In any event, Saturday will be mostly sunny and hot. Saturday should be a tad cooler with a better chance of precipitation in the afternoon hours. Beyond that next week’s forecast hinges on the trough becoming established over the Western United States. We’ll see…

Rare September Snowstorm for the Central and Southern Rockies