Overall, my forecast for Sunday’s snowstorm was right on track. My official snowfall measurement was 11.4 inches which was well within my forecast of 8 to 14 inches. There were some details that I missed the target on:

In fact the storm system slowed down significantly which prolonged its impacts in the far northern Colorado Front Range Mountains and Foothills.  Some areas north of Estes Park did see over 20 inches of snow.  For a while on Sunday, I thought this storm would be a bust for us. Here is the National Weather Service’s observed snowfall map: 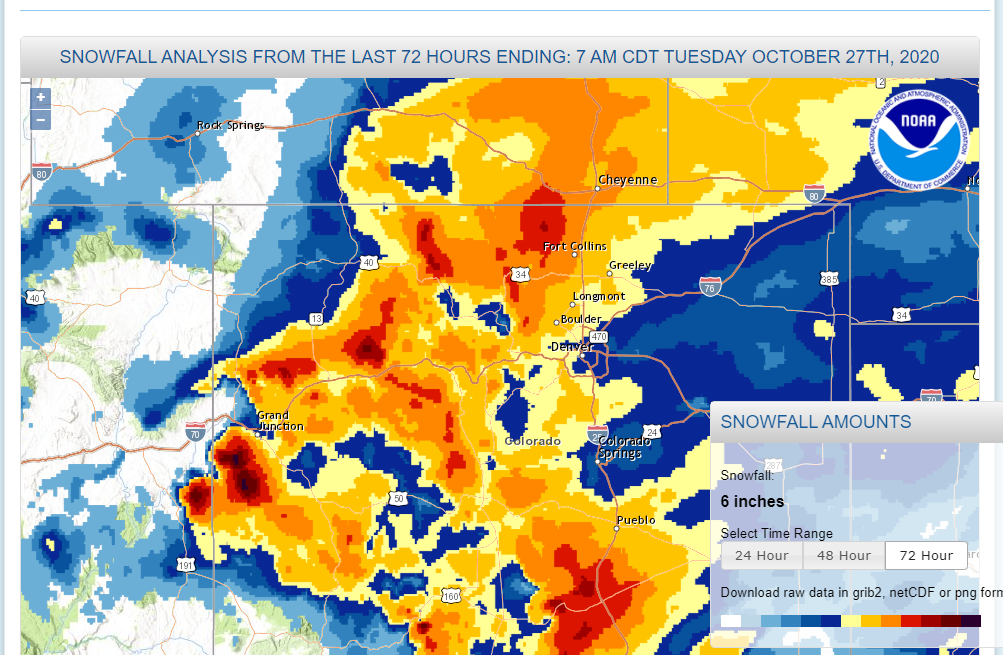 This storm brought decent amounts of snow to many of the mountain ranges in Colorado.

What is amazing about this storm and the one we had back in September is that while they brought beneficial precipitation and some really cold air they did not change the overall pattern we are in.   This storm brought us a few days of snow and bitter cold, but the overall pattern looks like it will go back to a ridge in the West and a trough in the East, which spells a return to warmer than normal and drier than normal weather for us here in Nederland. Here is the Climate Prediction Center’s 6 to 10 day outlook: 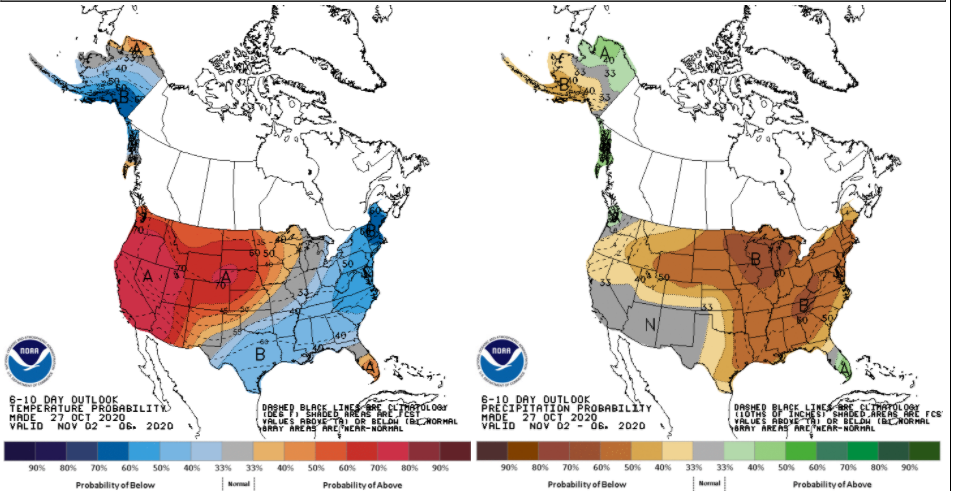 Yuck. This shows Colorado as being quite warm and dry. The problem is that we need the snowpack and the cold to stick around to help with those big fires in northern Colorado. If the snow melts too fast, it warms up too quickly, or the winds kick up again, then those fires could start spreading again.

Here is the Weather Underground forecast for the next several days: 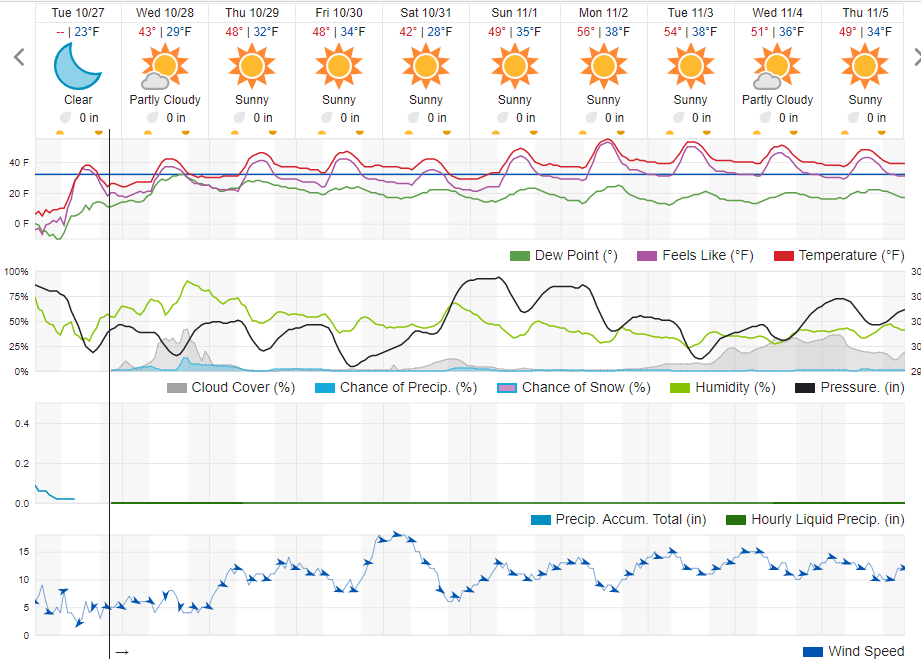 If you want to be even more depressed check out the NOAA Winter Outlook. It is similar to mine (classic La Nina), but the emphasis is on the continued or worsening of the drought in Colorado.

A Spectacular Start to the Memorial Day Weekend