Colorado will be sandwiched between a deep upper level low over the Pacific Northwest and a hot ridge of high pressure over the central Great Plains over the next few days.  A piece of energy, also know as a vorticity maximum or a shortwave, rounded the base of this Pacific Northwest trough on Saturday afternoon producing a round of showers and thunderstorms around our area. Even at 10 PM this evening, there is still some precipitation in our area, although much of it appears to be light: 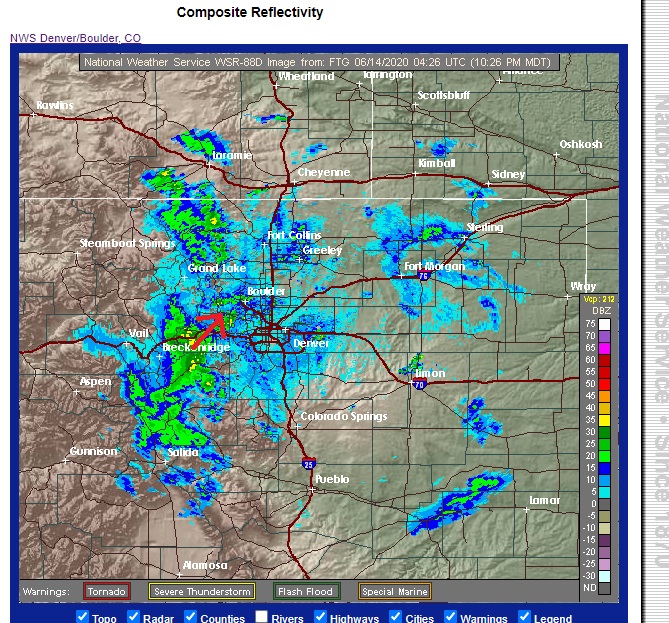 There is another round of precipitation currently over Breckenridge which is heading toward Gilpin and Boulder Counties. This may produce another round of rain between 11:30 PM and 12:30 PM.  Normally when you see convective precipitation in the middle of the night during the summer, it means that there is some other forcing mechanism instead of daytime heating which is driving things along. In this case it is that vort max which is helping to stir things up in the atmosphere.

Once this round of showers passes through, much drier air will quickly be advected into the Southern Rockies on southwesterly winds in the low and mid levels of the atmosphere. Subsidence – sinking air – will also aid in this drying process. The sounding for midday Sunday shows a stable and dry atmosphere over the Colorado Front Range Mountains: 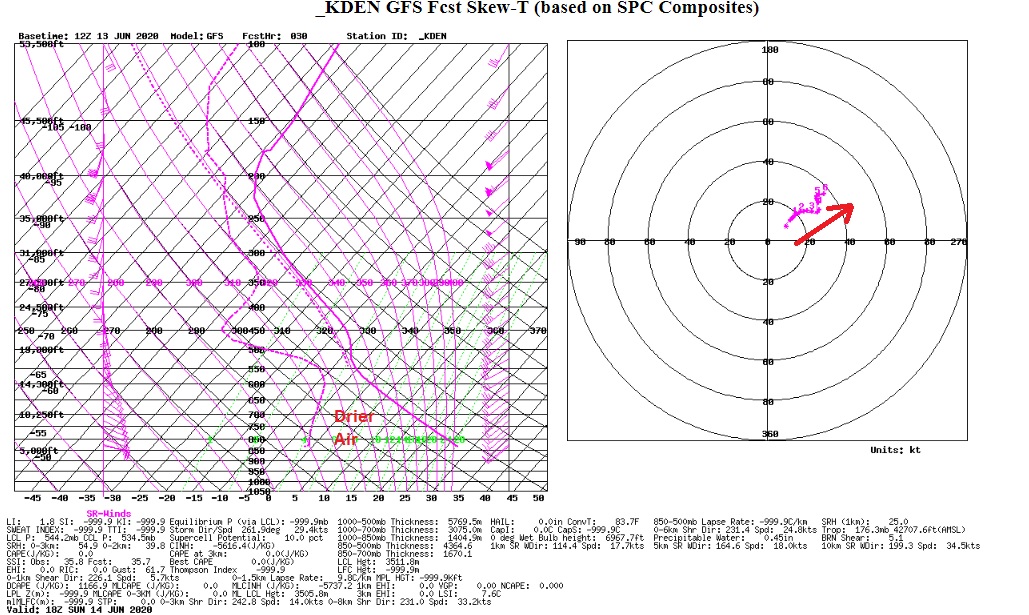 The hodograph (upper right) shows steadily increasing southwesterly winds with height. If you are heading up to the higher elevations, expect it to be breezy. Other that,sunshine will be abundant. In fact,Sunday could be one of those days where there are more clouds in the morning, but as drier air moves in, sunshine should be on the increase.

Here is the Weather Underground forecast for the next week. Note the cool down later in the week as that Pacific Northwest trough skirts to our north.  We will see increased chances of rain then as well:

Snow Recap and A Look Ahead