A large ridge of high pressure will build across the central and southern Rockies this weekend. This will push the jet stream and associated storm track well in to southern Canada, leaving most of the West dry and warmer than normal. On Saturday and Sunday, Nederland will see daytime temperatures reaching into the 45 to 50 F range, about 10 to 15 F above normal. This will promote the melting of snow and ice.  I still think folks on northern facing wooded slopes will retain enough snow until Christmas to officially make it a white one. Southern exposures should melt out completely.  For those heading into the Indian Peaks, expect winds on Saturday at around 10000 feet near Brainard Lake to be from the west northwest at 15-22 mph with gusts to 30 mph possible. Winds at these higher elevations will be stronger on Sunday and especially Monday as the ridge moves to our east and thermal gradients tighten ahead of an approaching West coast trough. Colder air will begin pushing into Colorado Monday night and Tuesday as this trough makes its way eastward into the Great Basin. By Christmas Day, temperatures will be back at seasonable levels.  There does not appear to be much in the way of snowfall in Nederland and locations east of the Continental Divide through much of next week. The approaching trough should bring some light accumulating snow to areas west of the Divide such as Winterpark and Steamboat Springs Christmas Eve and Christmas Day, but the energy associated with this trough is generally disorganized. No big storms are in sight right now.

A quick peek at the 8 to 14 day forecast does bring some hope for colder temperatures and increased precipitation for the Southern Rockies: 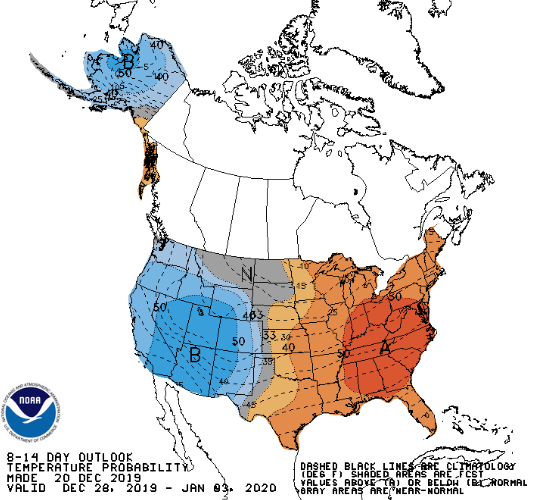 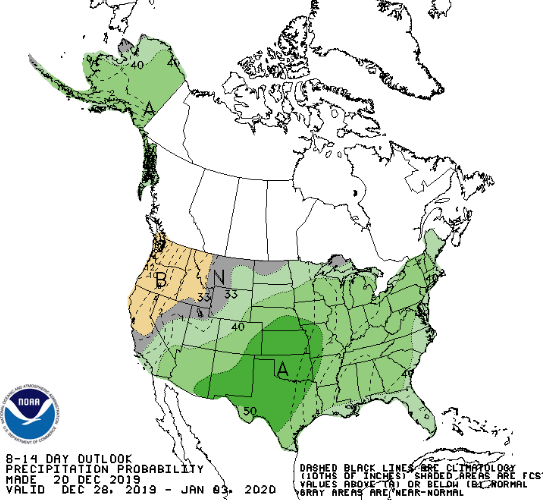 As I said in my last post, it is fairly common for us to dry out this time of year.  We are well ahead of where we normally are in terms of snowfall. We’ll see what the rest of the winter and spring bring for us.

More the Same for Early November