Saturday saw a high temperature of 54 F in Nederland, Colorado, which is nearly 10 degrees F above normal for this time of year. An upper level ridge of high pressure centered over the Southern Rockies kept our region warm and dry with relatively light winds. As I mentioned in my last post, a split flow regime over the western United States will influence our weather this weekend. On Friday evening the GFS 500mb map shows a disturbance in the southern stream centered just off of the southern California coast and a northern stream shortwave over northern Idaho: 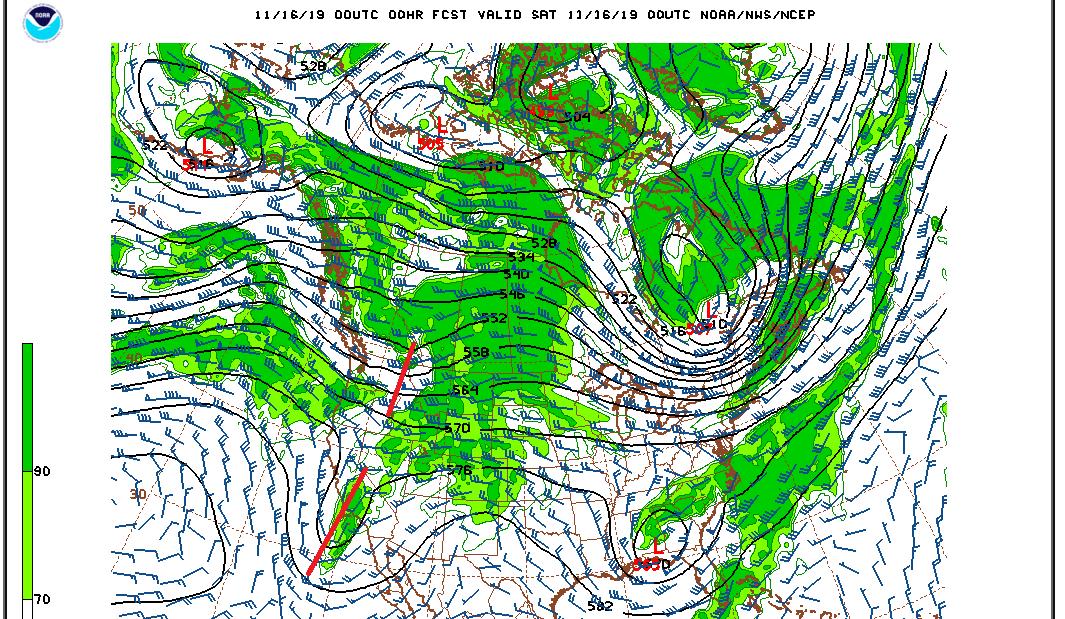 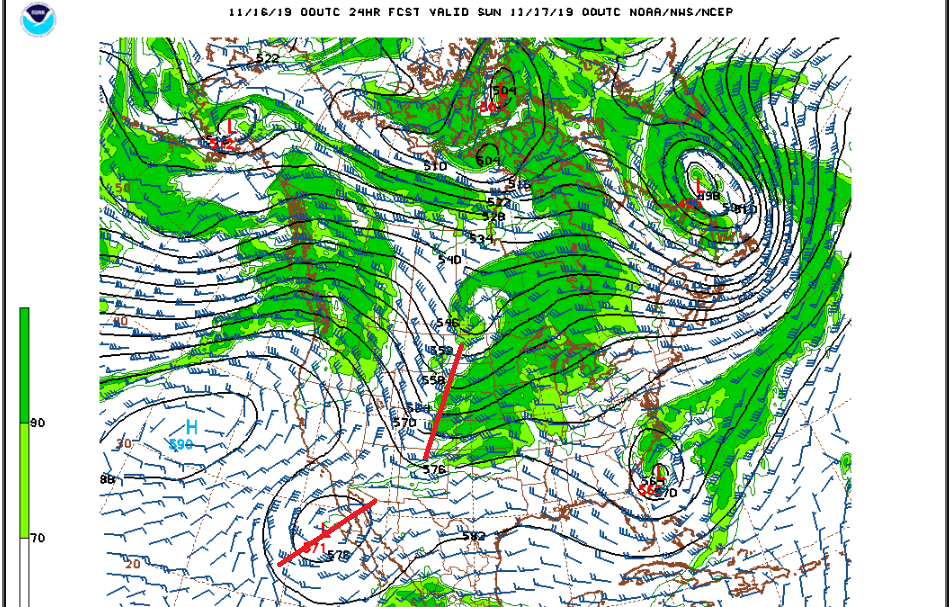 Aside from a few snow showers Saturday evening, particularly over the western slopes of the Continental Divide, this fast-moving system will have little impact on our weather. High temperatures will be a few degrees colder on Sunday as compared to Saturday, and it will be windy in the Front Range Mountains, especially at elevations above 10000 feet. Around Brainard Lake and higher up to the Continental Divide, sustained winds will be anywhere from 20 to 30 mph with gusts up to 50 mph possible, not unusual for the cold season, but definitely uncomfortable for outdoor activities.

After this quick moving storm system, we get a bit of a break early next week. Monday and Tuesday both appear to be pleasant days, and by Tuesday highs in Nederland should be approaching 50 F. The next storm system will dig into the northwestern United States on Tuesday and track southeastward into the Great Basin by Wednesday morning.  This system has potential to bring measurable precipitation to many parts of Colorado Wednesday afternoon into Thursday morning, and could bring some much needed snowfall to our local ski areas. It is also a complicated storm system which will involve the interaction of upper level energy from the northern and southern streams.  A lot can change between now and next Wednesday. If you are headed into the mountains next week, keep an eye on the forecast.

Here is the Weather Underground forecast for Nederland.  It clearly shows the next storm system swinging through on Wednesday and Thursday:

Dark Sky puts out about 3 inches of snow next Wednesday.  Have a great weekend!

After a Spell of Mild Weather, Winter Returns this Week