A cold front swept through Nederland and the surrounding Front Range Foothills communities on Tuesday afternoon bringing a few snow showers and colder temperatures.  It is 25 F at 6:30 PM as or this writing and the thermometer is dropping.  Look for lows around 15 F by Wednesday morning with highs only around 30 F.

I took a peek at the latest El Nino/ La Nina forecast from the Cimate Prediction Center. It does appear that this La Nina will be weakening somewhat as we head into the spring, and this gives me some hope that we could see a snowstorm or two in March, April, or May. What also caught my attention in this report is the map of precipitation and temperature departments from normal over the past 90 days: 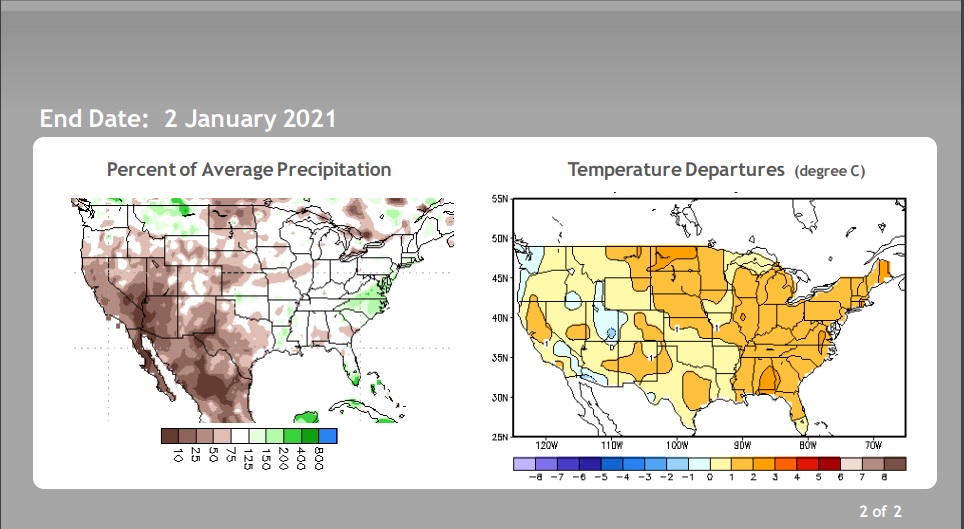 What is interesting is that most of the country has seen either normal or below normal precipitation and warmer than normal temperatures – particularly the north and the east. La Nina winters usually see cold temperatures across the northern states with lots of precipitation in the Pacific Northwest. Granted it is still early in the season, but it goes to show that not every La Nina is the same.

Here is a forecast product that I have been developing. It is based on the DarkSky forecast API and is written largely in JavaScript and HTML 5. Eventually I will incorporate the live version into this website:

My goal is to create a tool which will allow you to compare forecasts.  As I have mentioned in previous posts, the consensus forecast is often the best forecast.

A chilly weekend is on the way with a little snow possible on Saturday. More about that in my next post…

The Dance of the Summer Upper Level Ridge

More Snow and Cold on Tap for Nederland