As of January 31, 2021, we have received 42.6 inches of snow here in Nederland.  Our normal for the season through this date is 54.6 inches.  That leaves us 14 inches below normal.  Our total January snowfall was only 5.3 inches, 7.7 inches below our normal of 13 inches.  Another way of looking at it is that we are around 78% of normal snowfall for the season. Believe it or not this is not the least snowiest January in my records: 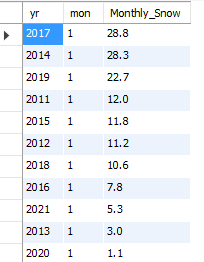 To be exact it was the third least snowiest.

Also, surprisingly – at least to me – this is not the least amount of snow that we have had through January 31st for the winter season:

We ring in as the fourth least snowiest season through January. As dry as it has felt, we have had drier winters.

I also like to check how my data matches up to Snotel data. For the South Platte River basin, the seasonal snowpack is 75% which is close to my 78%: 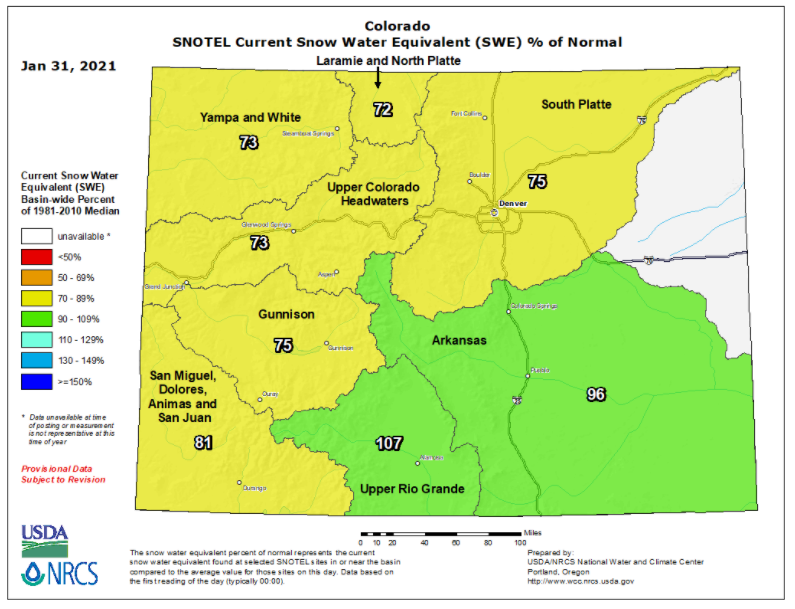 In a typical La Nina year, the northwestern river basins in Colorado tend to better than the rest of the state, but this year the southeastern basins are doing better.

Looking at only the three Snotels in the Boulder Creek basin (Lake Eldora, Niwot, and University Camp): 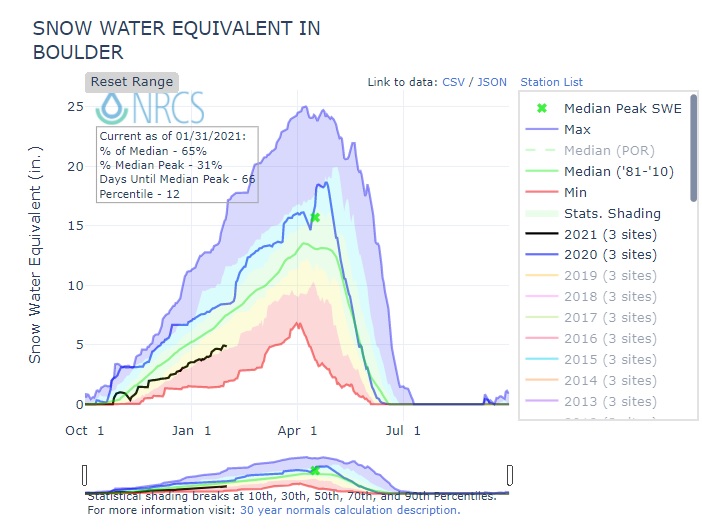 This shows us at 65% of the median 1981-2010 snowpack. Note that the blue line is where we were at during the 2019-2020 winter which was much above normal. Our peak snow water equivalent tends to be around April 16th.

Chillin’ in the Foothills

More Snow for Ned and the Colorado Front Range