Monday was a pleasant but breezy day with highs topping out at 49 F here in Nederland. By evening clouds associated with our next storm system were filling the sky.

A Pacific storm system is still expected to swing into western Colorado during the overnight hours. As it does, a cold front will push southward into the state. Frontogenetic forcing combined with southwesterly winds aloft will result in bands of heavy snow.  The tricky part of this forecast is figuring out where these bands will set up, because this is where the most accumulating snow will be.  The 00Z NAM shows two bands, one over the central mountains just stretching into Nederland and one over the Eastern Plains: 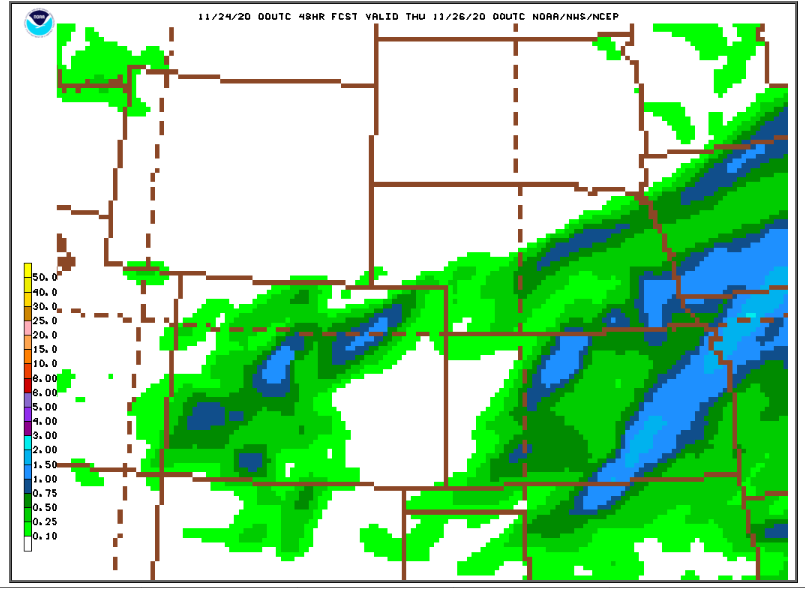 The latest GFS paints a similar picture but with generally lighter precipitation amounts: 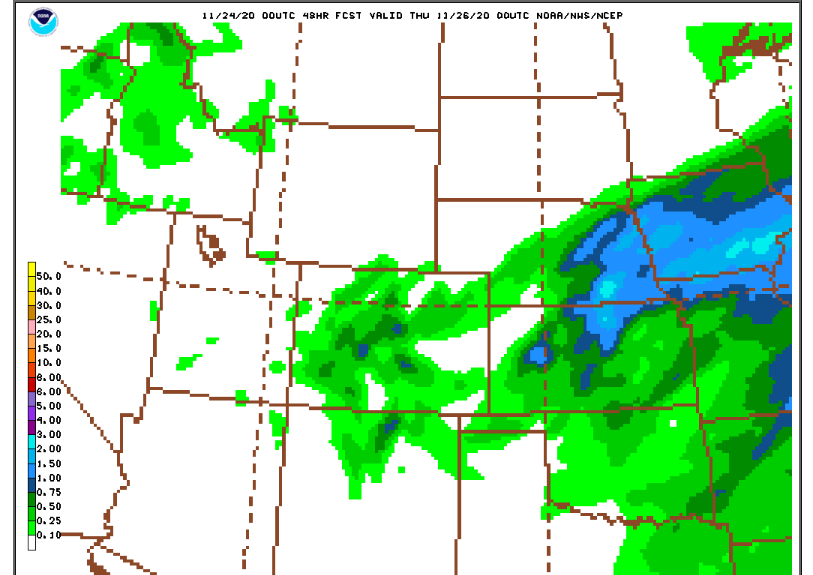 Both models are putting out 0.50 inches to almost 0.75 inches of liquid for Nederland. But there has been a good amount of variability in this precip forecast today, particularly with the GFS.

Where these bands do set up, it will be snowing hard, perhaps over an inch or two per hour.  Road conditions in the Foothills will quickly deteriorate.  In the lower elevations, the precip will start as rain, changing to snow in locations like Boulder an hour or two before sunrise.

The upper level storm will push across the state during the morning.  Snow will taper off during the mid morning hours. Given the potential for banded precipitation, I will stick with my 4 to 8 inch snowfall forecast for Nederland. This may be a bit optimistic, but the potential is there for some high end accumulations. Tuesday will also be a cold day. Remember, the days are short and the sun angle is low. Any sun we do get will not help to warm things up much. Highs will only be in the 25- 30 F range.

The storm will be well to our east, and the sky should be clear.  Temperatures will be dropping back into the 18-22 F range. I think winds will also pick up later in the night, and this will blow around the new snow.

Look for plenty of sun and milder temperatures.  Highs will reach into the low 40s F which will help to melt the snow off of local roadways. Be careful in the canyons, though.  During this time of the year there are parts of Boulder Canyon that do not receive much sunlight and can be deceptively slick.

A cold but weak storm system will bring chilly temperatures and a chance of a little light snow during the afternoon and evening hours. I still think accumulations will be under 2 inches. It will be just enough to make it feel like the holidays!