The snow storm which affected northeastern Colorado on Monday and Monday night was definitely an under performer for Nederland and the nearby Colorado Front Range Foothills communities. I measured 3.8 inches of snow at our house and generally around Nederland totals were in the 2 to 4 inch range.  My forecast was for 7 to 9 inches, and this qualifies as a bust. However … it did snow a lot not very far from us. If fact, Boulder reported anywhere from 8 to 12 inches with a few locations in the lower Foothills adjacent to Boulder reporting 13 to 14 inches. Here is a map of the observed snowfall: 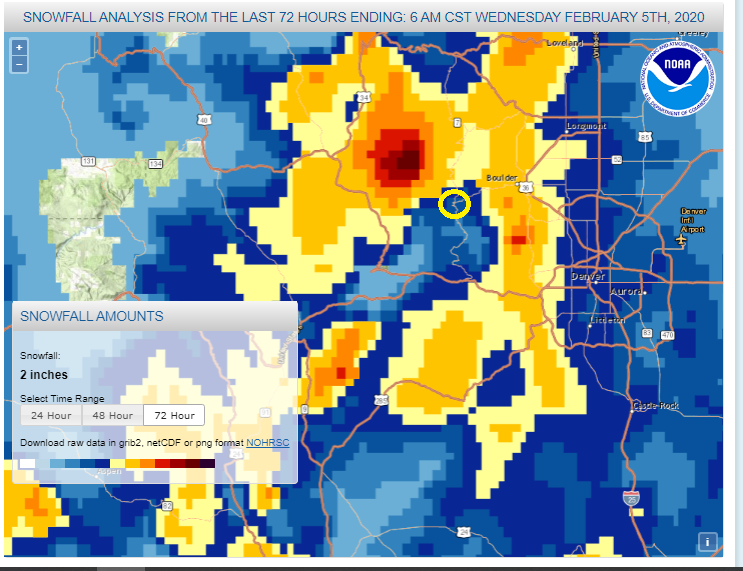 Notice how Nederland (circled in yellow) is in a bit of a snowfall “hole”. Also notice how the the heavier snowfall amounts generally occurred in the lower Foothills from Lyons southward towards Evergreen and Conifer.  Normally during colder upslope storms in the middle of the winter, the heavier snow does fall east of the Peak to Peak Highway. We live 4 miles east of Nederland, and there have been times during upslope storms where we have received 10 inches more snowfall than Nederland itself. I really thought that the upslope flow with this storm system was strong enough to push the moisture and snow further west into the higher Foothills. But it appears that the best dendritic (snowflake) growth, upslope flow, and resulting lift was was right up against the lower Foothills. This was also a very cold storm.  Our temperatures fell back to around 0 F Monday night and then -10 F (yes, 10 below zero) Tuesday night. Often, the heaviest snow associated with very cold storms falls in the lower Foothills and the adjacent high plains.

That is 1 for mother nature and 0 for me.

The weather will remain interesting over the next several days. A strong northwesterly wind flow laden with pacific moisture is expected to plaster the west side of the Continental Divide over the next few days, leaving anywhere from 1 to 3 feet of snow at the ski resorts of the northern and central mountains. Snow is also possible in the Front Range Foothills and the northeastern plains of Colorado, but the details are little more uncertain.  What we do know is that northeastern Colorado will be under the left exit region of a strong upper level jet streak from Thursday afternoon through Friday morning. This will result in lift and conditional symmetric instability (CSI), and bands of heavy snow in this area: 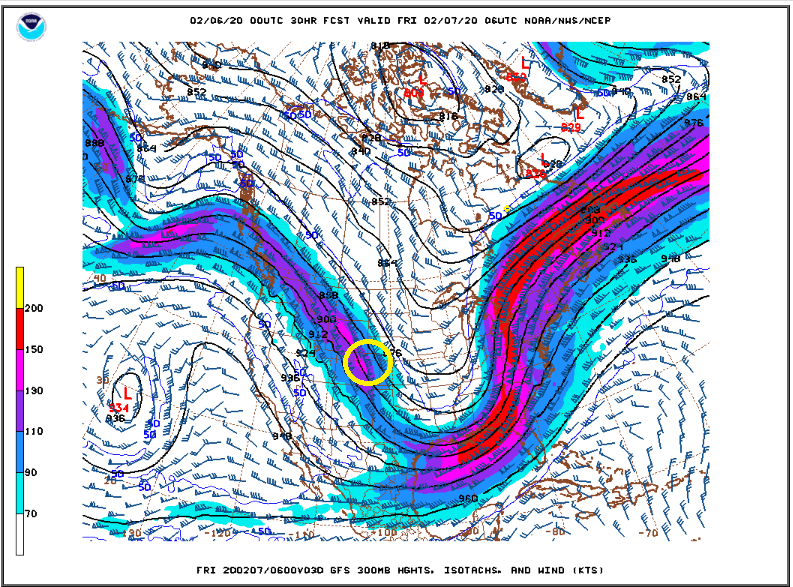 With winds blowing from the northwest (which are normally downslope winds for us) and lift from this jet streak, it will be a battle of rising and sinking air in Nederland. Also, models are hinting that the heaviest snow bands will stay to our northeast.  The latest National Weather Service snowfall forecast shows this: 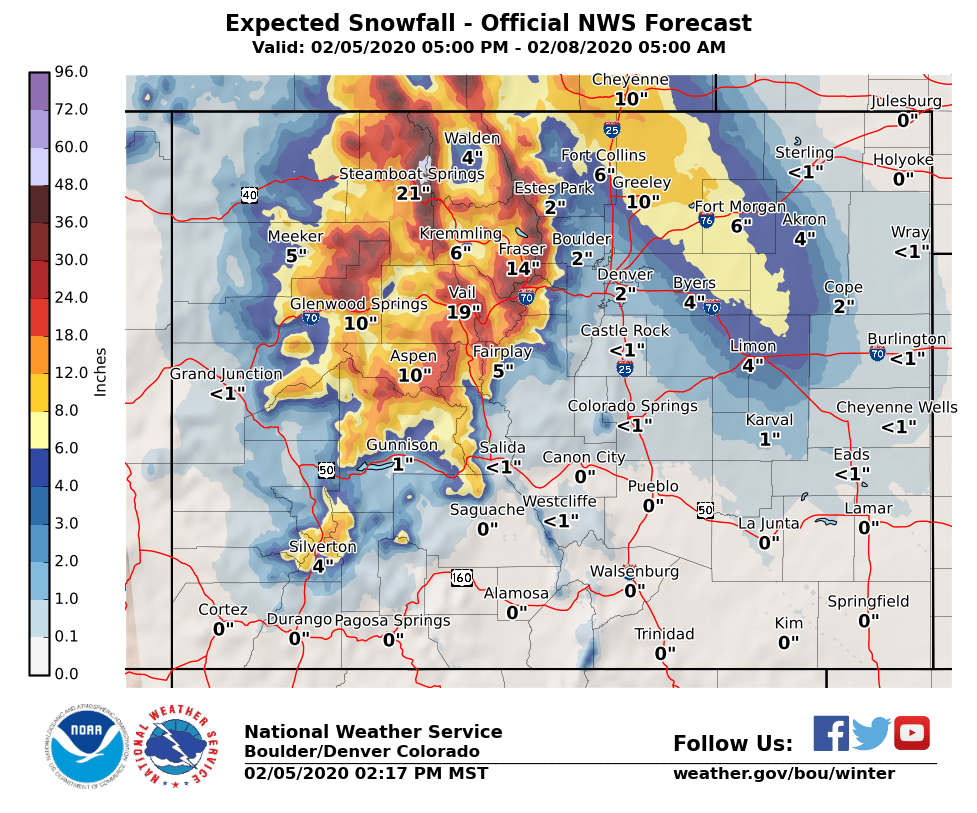 This shows Ned in the 3-6 inch snowfall range.  Other sources such as Weather Underground are suggesting that we will see somewhere between 6 to 8 inches of new snow. Amounts northeast of us could be significantly more. Also, if this jet streak sags a little farther south and west, we will have a better shot at more snow.

We’ll keep an eye on this system.  If you are going skiing this weekend, the snow should be very good, even in the Indian Peaks.  However, it will be windy.  Locations around Brainard Lake will see wind gust up to 70 mph over the next several days. That, combined with heavy snow, will make for some dangerous, whiteout conditions.  Stay safe!

The Dance of the Summer Upper Level Ridge