Sunday featured sunshine but strong and gusty winds in Ned.  The Weather Underground weather station at Comstock Mine, at about 10000 feet above Nederland reported a wind gust of 93 mph:

Most of the numerical forecast models are still showing a shot of colder temperatures and snow starting on Wednesday and continuing into Thursday. I will say up front that this does not appear to be a significant storm, but it is a somewhat different synoptic set up than we usually see here in the Colorado Front Range Foothills. From that perspective, it is an interesting weather event. 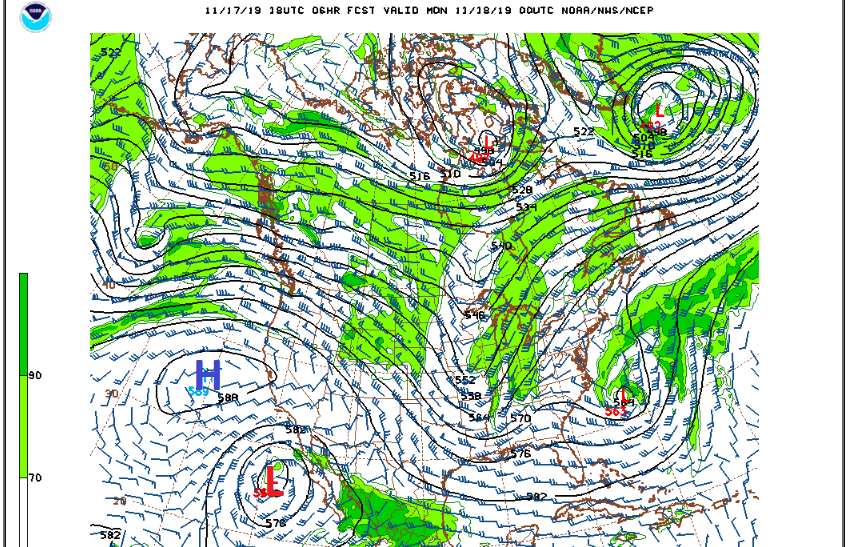 Because they are cut-off from the jet stream, cutoff lows tend to move somewhat erratically and sometimes even retrograde, that is, they move westward. Much like a Weeble, they weeble and they wobble and can often be difficult to forecast. This low is expected to remain off of Baja California until about Tuesday morning. At that point a very strong northern stream shortwave will start diving down the West Coast from the Pacific Northwest. It is really the interaction between this shortwave and our lazy cutoff low which will determine the weather we will see here in Colorado on Wednesday. Here is the upper level map showing the shortwave and cutoff low on Tuesday morning: 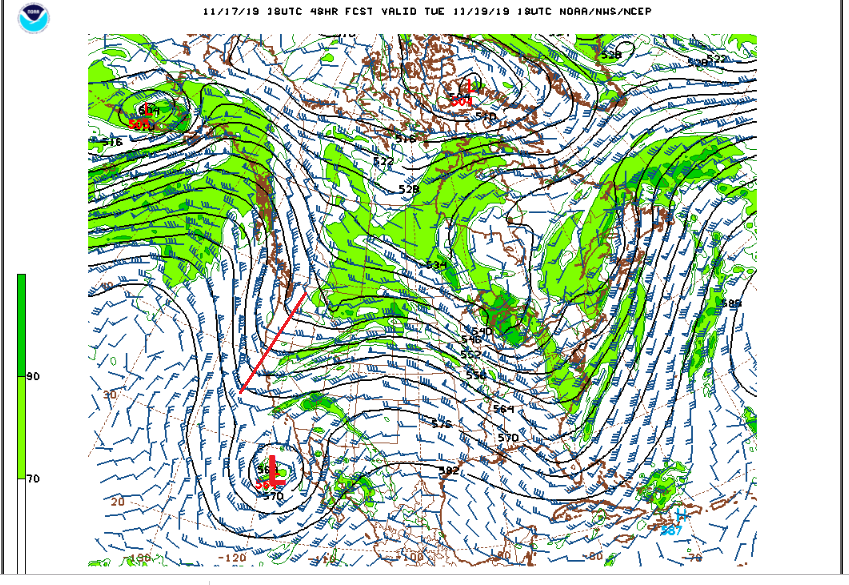 At this time, these two systems are not expected to phase. Instead, it appears as though the northern stream will force the cutoff low to open up and eject to the northeast, setting its sites on Colorado. By Tuesday evening the remnants of this low will be heading towards us: 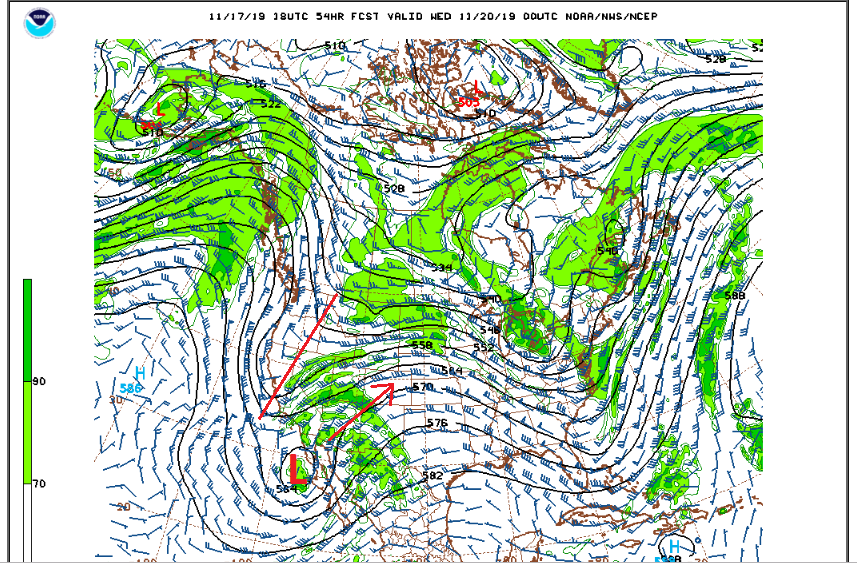 And by Wednesday morning, the energy associated with this low will be on our doorstep over northern Arizona: 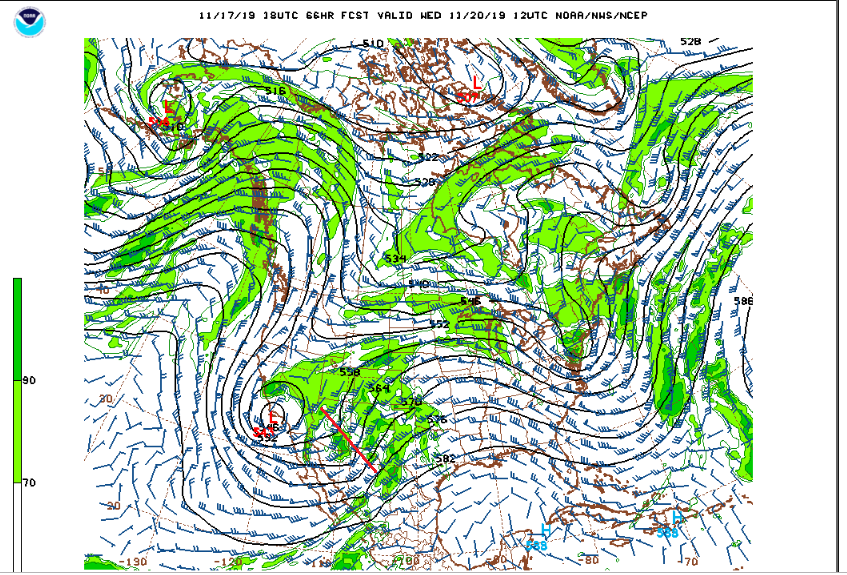 On Wednesday morning, a strong cold front will sag southward over Northern Colorado, and temperatures in Ned will quickly drop back into the 20s F. The moist upslope easterly flow behind this front combined with the pulse of energy of the ejecting southwestern low will likely result in a period of snow over the Front Range Mountains and Foothills. This is a fast moving storm and the upslope winds, although fairly deep, will be more from the north-northeast which is not optimal for Nederland and the surrounding Foothills communities. Still, the snow and cold temperatures will likely make roads slick, just in time for the Wednesday evening commute.

Whenever you are looking at the interaction of storm systems in the mid and upper levels of the atmosphere, the forecast can be somewhat uncertain. What I’m fairly confident in is:

At the moment it looks like 2 to 4 inches of snow are possible by Thursday morning.

We’ll keep an eye on this one. Enjoy the start of your week!