This morning, I climbed Mt Toll, a trailless peak along the Continental Divide just west of Brainard Lake. The winds on top of this 12900 foot peak were strong and gusty, making it very difficult to stand let alone navigate the fields of loose scree rock on the flanks of this mountain. These strong west winds, constricted through the gap between Pawnee Peak and Mount Toll, sounded much like a freight train, invisible but with a tremendous roar.

While it was breezy at Brainard Lake at the beginning of the hike, I would not have guessed that there would be storm force winds 3000 feet up along the Continental Divide.  I had missed a very important clue. High in the sky a band of clouds extending north to south had formed just to the east of the mountains.  These clouds, also known as lee-side orogaphic clouds, are often harbingers of strong winds in the Rocky Mountains, and today was no exception: 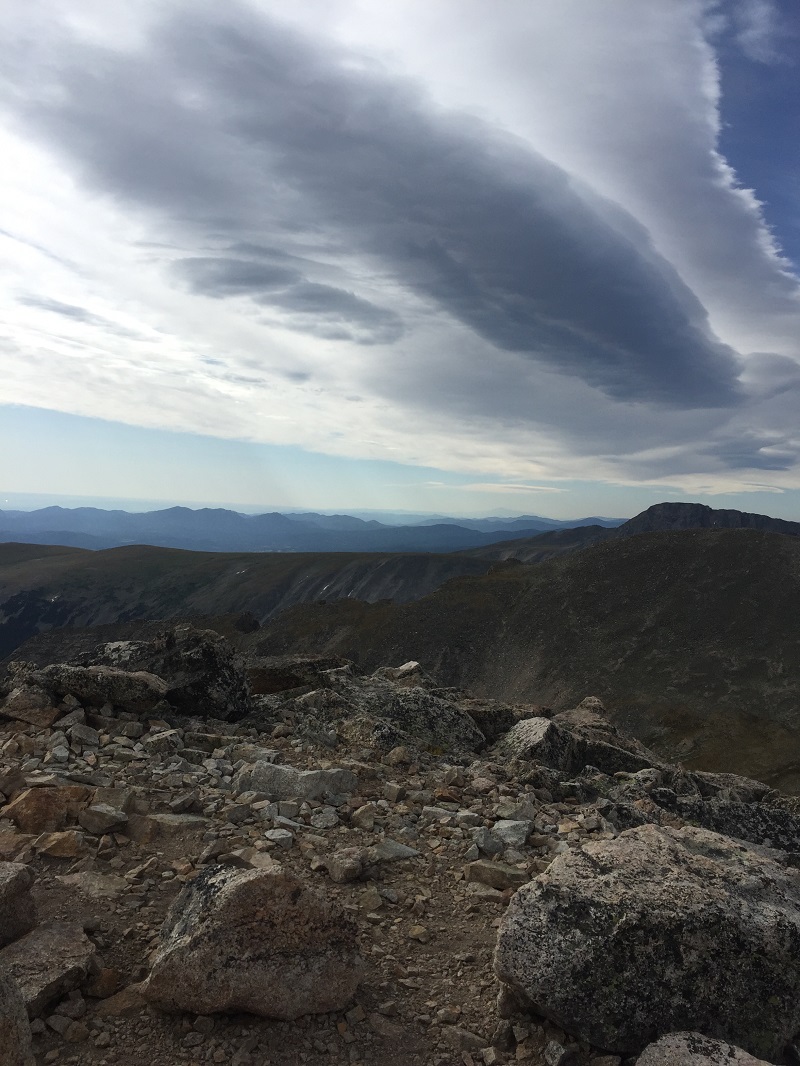 Looking at these clouds, you can imagine the winds in mid levels of the atmosphere being lifted over the Rocky Mountains. As this air is lifted, it cools and clouds form. The fact that these clouds are stratiform (sheet-like) indicates that the atmosphere is relatively stable, and not much wind energy will be lost to dynamics such as mixing. Another way of looking at this is to imagine that the winds blowing from the west break much like ocean waves over the Continental Divide. These clouds represent the crest of these wind waves, and the strong winds experienced east of the Divide are these wind waves washing over the mountains.

This was an early wind event. As the jet stream starts to strengthen this fall and the atmosphere becomes energized these wind events will become more frequent and start to affect Nederland and the surrounding foothills communities.

The Week Ahead for Nederland