The 2019 Winter Solstice officially occurs at 9:19 PM this evening.  This marks the shortest day of the year in terms of daylight and the longest night. While it is the shortest day, it is not on average the coldest day of the year for many parts of the country. In fact, average temperatures do not start to warm until late January. If you have ever wondered (and I am sure you have) what a graph of Nederland’s average daily temperature looks like, here it is. This is based on my 10 years of observations:

The blue line is an unsmoothed representation of my data, which amounts to about 3650 data points. It is very noisy.  The green line was created using a 15 day moving average.  The time on the horizontal axis is the Julian Day, which is the count of the number of days starting with January 1. Even on this chart, you can see the 30 day or so offset of the periods of coldest and warmest temperatures from the winter and summer solstices.  This is also a typical continental climate temperature distribution, although this is modified somewhat by our being at high altitude and generally not in the path of the coldest air masses which affect the North American continent.

Not much has changed in the forecast from yesterday. It still appears that Sunday and Monday will be mild and dry, with colder weather returning just in time for Christmas. It appears that it will then be cold but mainly dry through New Year’s Eve.  This is not great news for snow lovers, but I hiked out of East Portal today up to Crater Lakes, and there was plenty of snow to play in up there.  We still have about 5 inches of snow on average around our house, and I think there will be enough snow left on the ground on Christmas to qualify as a white Christmas: 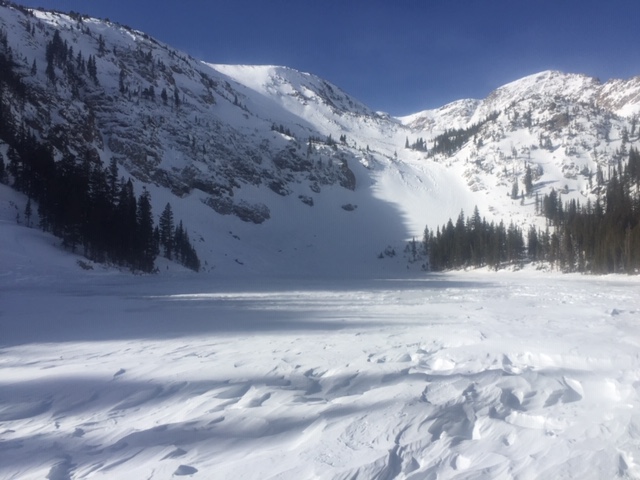 Also, the National Weather Service offices in Colorado are highlighting the top 12 weather events in Colorado over the past decade.  This is really cool. Check it out at: https://www.weather.gov/bou/top_colorado_wxevents_2010s.

Where We are At…