Today was a cloudy, damp, drizzly, and cold day for many locations east of the Continental Divide. As expected, temperatures in Nederland struggled to reach into the mid 40s F, and as of this writing Tuesday evening it is 37 F here at our house. Even though it was a bit chilly here today, many locations in Colorado, especially those west of the Continental Divide enjoyed a sunny and warm day.  Temperatures were in the 70s F at many locations on the Western Slope of Colorado. Even mountain communities such as Aspen and Vail reached into the 70s F. What gives?  This was a case where the cold front and its associated cold air pushed in east of the Continental Divide. This wall of mountains running north to south across Colorado can effectively block or dam cold air masses sliding by to the north and east of the state.  The net effect of this can be a warm fall day in Silverthorne and a dismal day in Denver.

The clouds we enjoyed for most of the day were also relatively shallow. This picture from the web cam at the Alpine Visitor Center (AVC) in Rocky Mountain National Park clearly shows this deck of stratus clouds pressed up against the eastern flanks of the park: 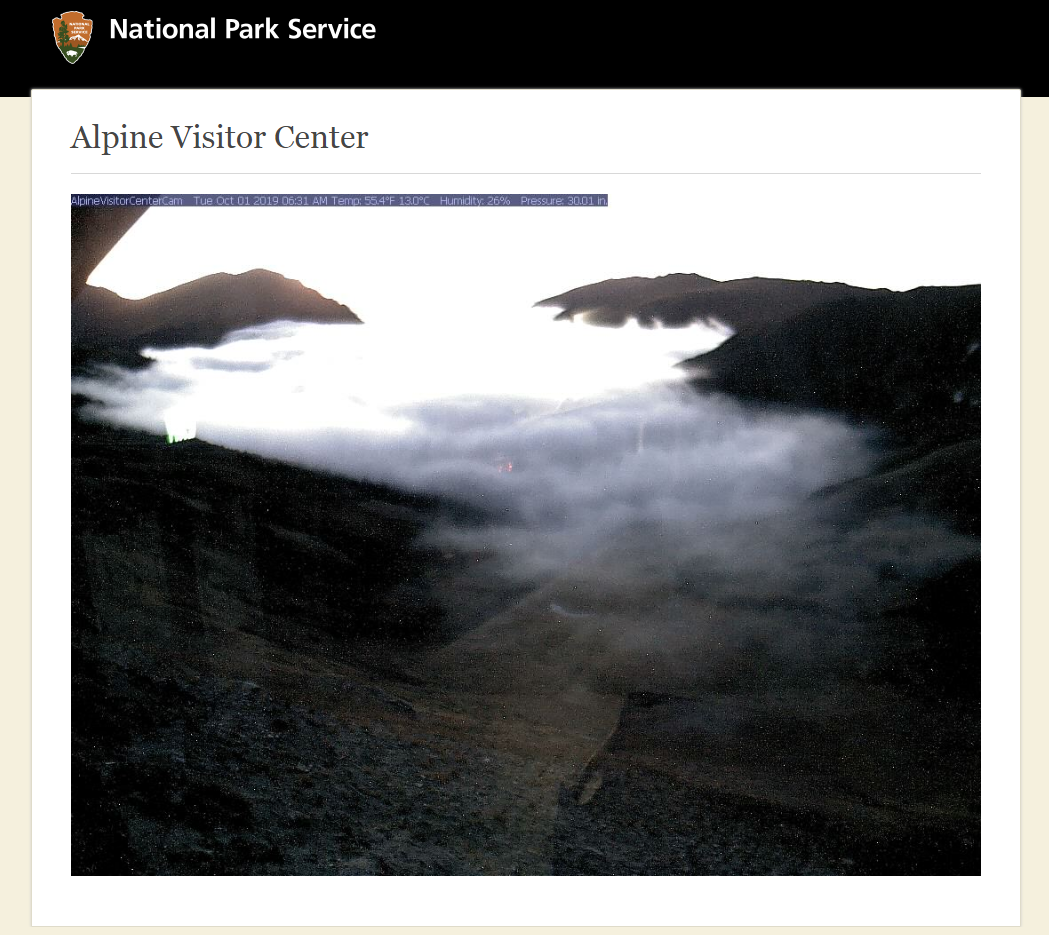 The sounding from the NAM model also shows this shallow layer of clouds and moisture: 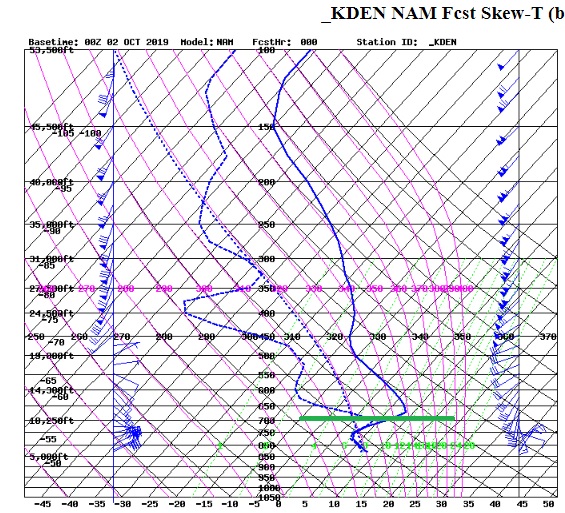 The green line shows the top of the saturated layer in the atmosphere, located at roughly 10,250 feet. Locations such as Brainard Lake in the Indian Peaks Wilderness were at the top of the clouds today and enjoyed a relatively sunny and pleasant day with temps in the low 50s F.

There was not much in the way of precipitation (I only measured 0.02 inches in the past 24 hours).  However, many locations on the plains adjacent to the foothills did see periods of drizzle and some light rain, which is typical when we have shallow stratiform clouds.

The forecast for the rest of the week looks pretty much on track. Temperatures tonight and tomorrow will bottom out at or a slightly below freezing. Sunshine returns tomorrow with moderating temperatures through Friday. The next cold from moves in on Saturday, but aside from cooler temperatures, I’m not expecting much in the way of precipitation.