The Colorado Front Range Foothills communities woke up to a fresh coating of snow on Monday morning. Many locations around Nederland received any where from 3 to 6 inches of snow, which was a far cry from the 8 to 16 inches that were originally forecast. As I expected,  the heaviest snow did fall east of Nederland and the Peak to Peak Highway. However, with this storm Boulder actually received more snow than we did. At our house about 4 miles east northeast of Nederland, we measured 6.1 inches of snow, 0.26 inches liquid equivalent. This yields a 24 to 1 snow ratio! When snow is this dry, you can basically sneeze and blow it out of your driveway The CoCoRaHS snowfall map for Boulder County says it all: 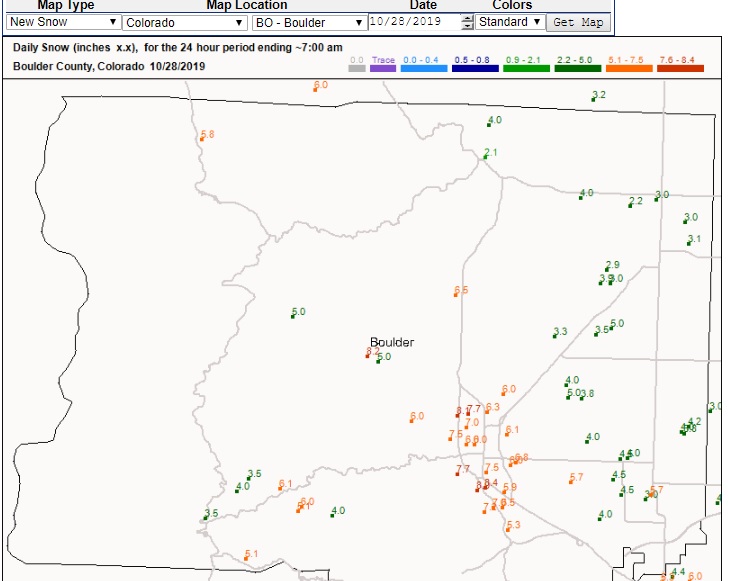 A number of factors could have contributed to the lower than expected snowfall in Ned. For one thing, the upslope easterly flow was relatively shallow. Also, while jet stream induced banding did set up on the Eastern Plains, it really did not make it up here into the Foothills.  Cold storms seem to favor the lower elevations when it comes to snow. And with temperatures hovering between 8 to 15 F, this was definitely a cold storm.

As mentioned in my last post, a second more vigorous storm system will bring another round of sometimes moderate to heavy snowfall to the Front Range Tuesday into Wednesday morning.  It is still a very cold storm, but this storm, a strong low in the mid levels of the atmosphere, should result in a much deeper layer of easterly upslope flow. The track of the upper level low is also more favorable for us. The cold temperatures should result in at least 20 to 1 snow ratios.

This map shows the forecast position of this low early Wednesday morning. The upper level low is directly over western Colorado: 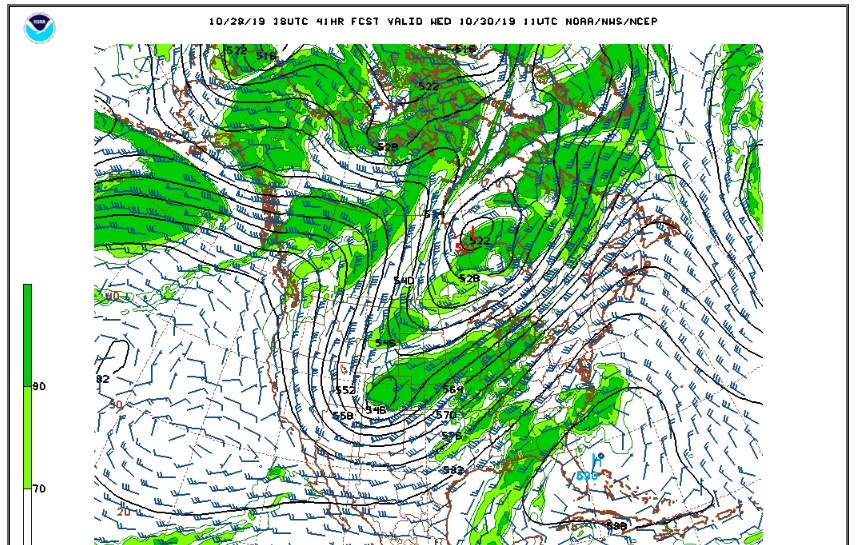 The models are in some disagreement about the speed and placement of this low. These discrepancies lead to variations in the duration and intensity of this snow event.  At the moment, the National Weather Service’s snowfall forecast places us in the 12 to 18 inch range: 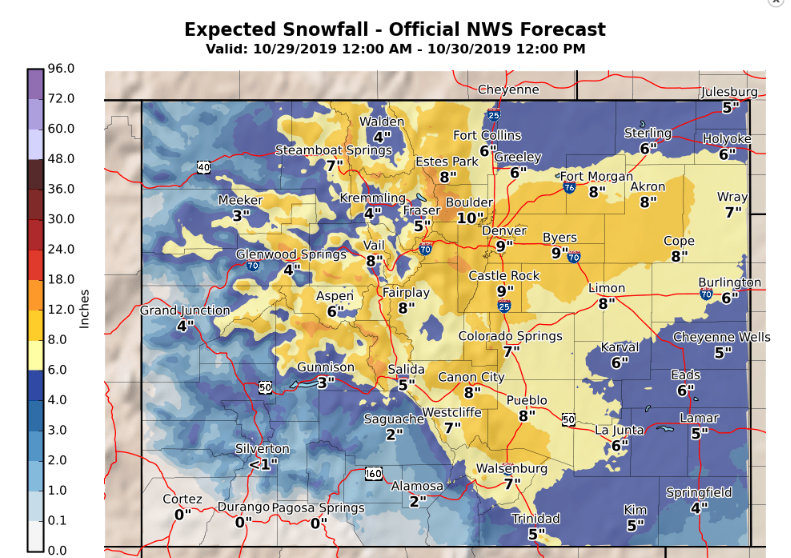 Meanwhile, the weather prediction center’s 50th percentile forecast puts us at 6 to 8 inches of snow: 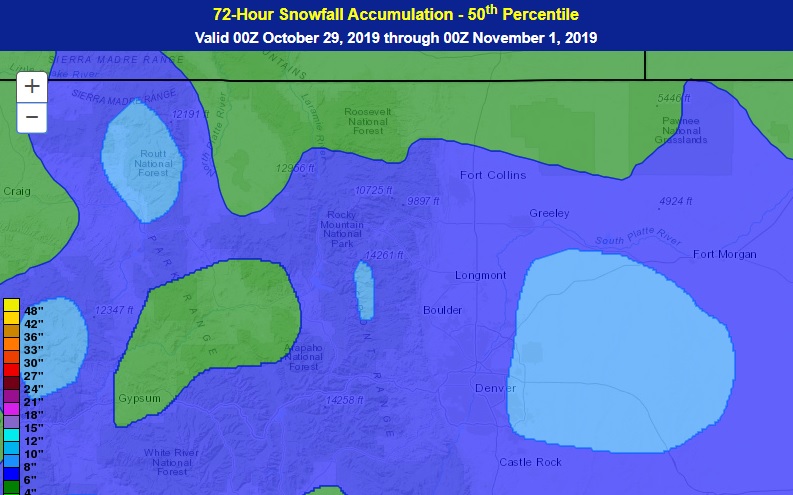 It is times like this that is tough to be a meteorologist. Given that so much depends on the track of this storm system, I’ll play it conservative and call for 6 to 10 inches of snow.  We’ll see. These set ups can bring us a lot of snow if everything comes together just right. We’ve been surprised before here in Ned.

Ready for a Big Change in the Weather?