It is a typical winter evening here in Nederland, Colorado. The moon is out, and you can see a few of the brighter stars – but it is also snowing. This phenomena (I call them moon showers after their daytime kin the sun showers) is also called “blow over snow” or simply just blow over. It happens when moisture-laden winds are blowing strong from the west. Clouds and precipitation form on the west side of the Continental Divide as air rises and cools. On the east side of the Divide, the air is sinking and drying.  This causes the clouds and much of the precipitation to evaporate. However, some snow can make it to locations along the Peak to Peak Highway, including Nederland, Ward, and Rollinsville. The closer you get to the Continental Divide in locations such as Eldora, Tolland, and East Portal, the more accumulating snow there is.  Many times, locations in the lower Foothills and Boulder get almost nothing during these types of snow events.  They just get a lot of wind.  Here is an illustration of these west-of-the-divide snow events:

For the next few days moist westerly winds will bring snow to the mountains of northern and central Colorado. The snow will be piling up in places like Winter Park, Vail, and Copper. Some of this moisture will make it over the Divide into the higher Foothills but accumulations should be lighter because we will be getting downsloped. The GFS model 48 hour precipitation forecast through Saturday evening shows the bulk of the precipitation in the mountains of Colorado (outlined in red): 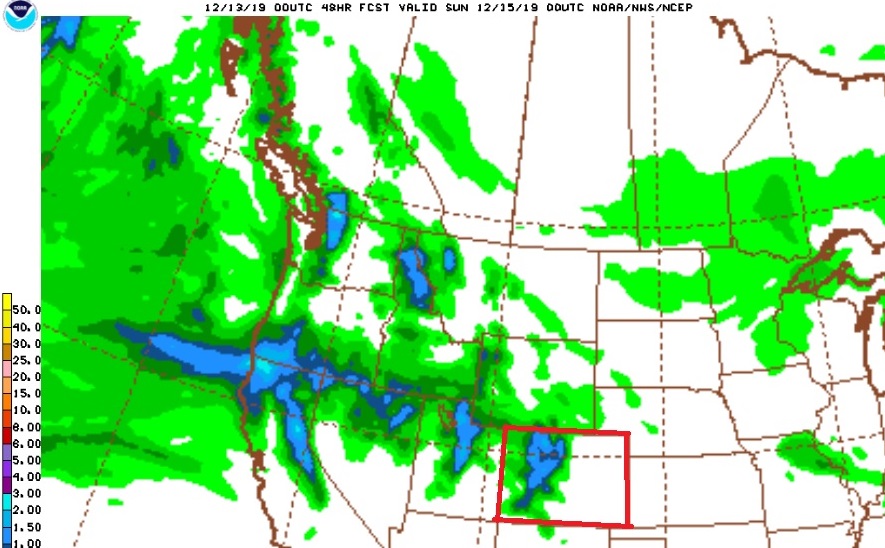 Models continue to show a storm developing over southern Colorado and northern New Mexico on Saturday and Sunday.  This system is expected to bring some light rain and snow to the plains, and it could produce just enough upslope flow on the east side of the Continental Divide to produce a period of light snow in Nederland. Total GFS precipitation by Monday morning is: 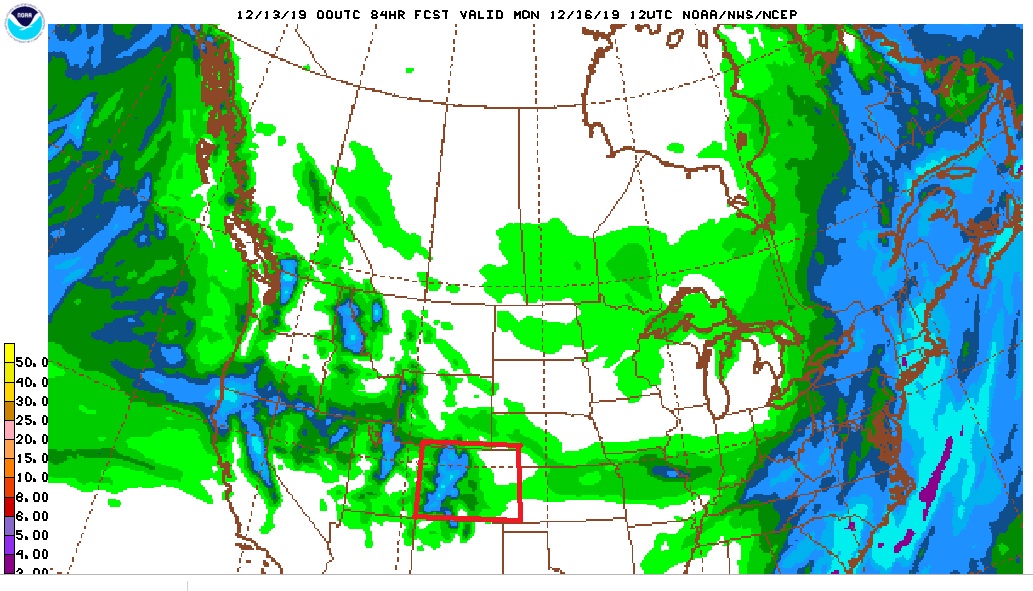 But what is interesting is the Weather Prediction Center’s 50% percentile 72 hour snowfall forecast put Nederland (circled in red) in the 12-15 inch snowfall range (really?). 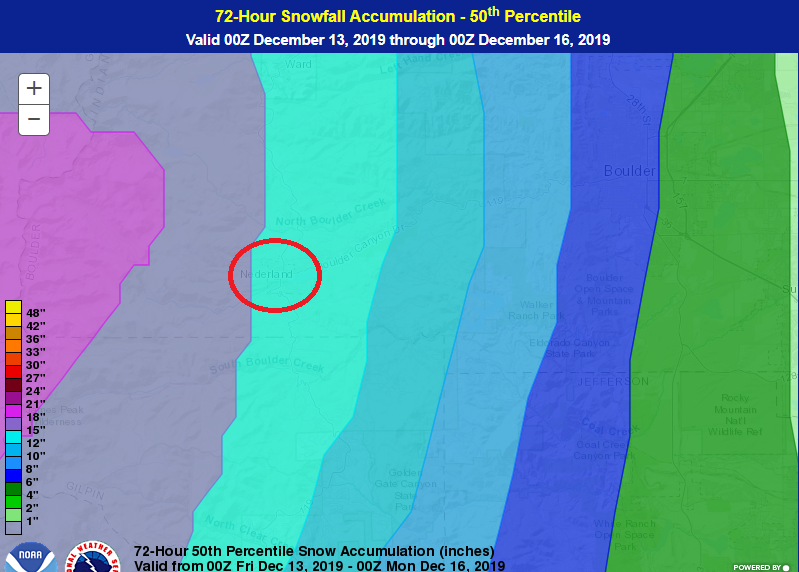 And the DarkSky total snowfall forecasts is for about 12 inches from now through Sunday Night.  The forecast from the National Weather Service is also showing a decent about of snow (8-12 inches) in Ned by Sunday evening: 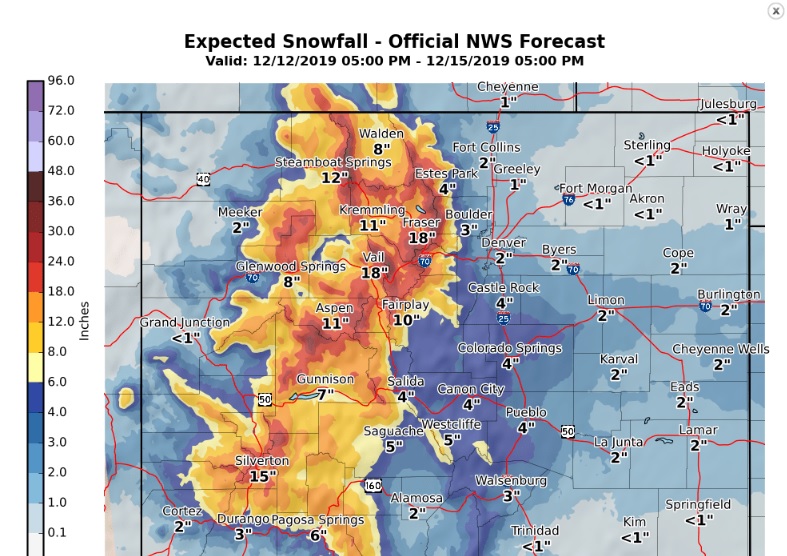 And finally, the WeatherUnderground forecast:

I am surprised – and a bit skeptical – but the consensus forecast for snow here in Ned through Sunday Evening appears to be in the 6 to 12 inch range. Again, this is not a hard hitting storm for us, but it could make roads slick at times. If you are headed to the mountains to go skiing (like we are), it will be snowing much harder and the roads will be dicey. Stay tuned! This could be a fun system to track this weekend!

Sunshine Returns for Sunday … Seasonable Temperatures to Start the Week